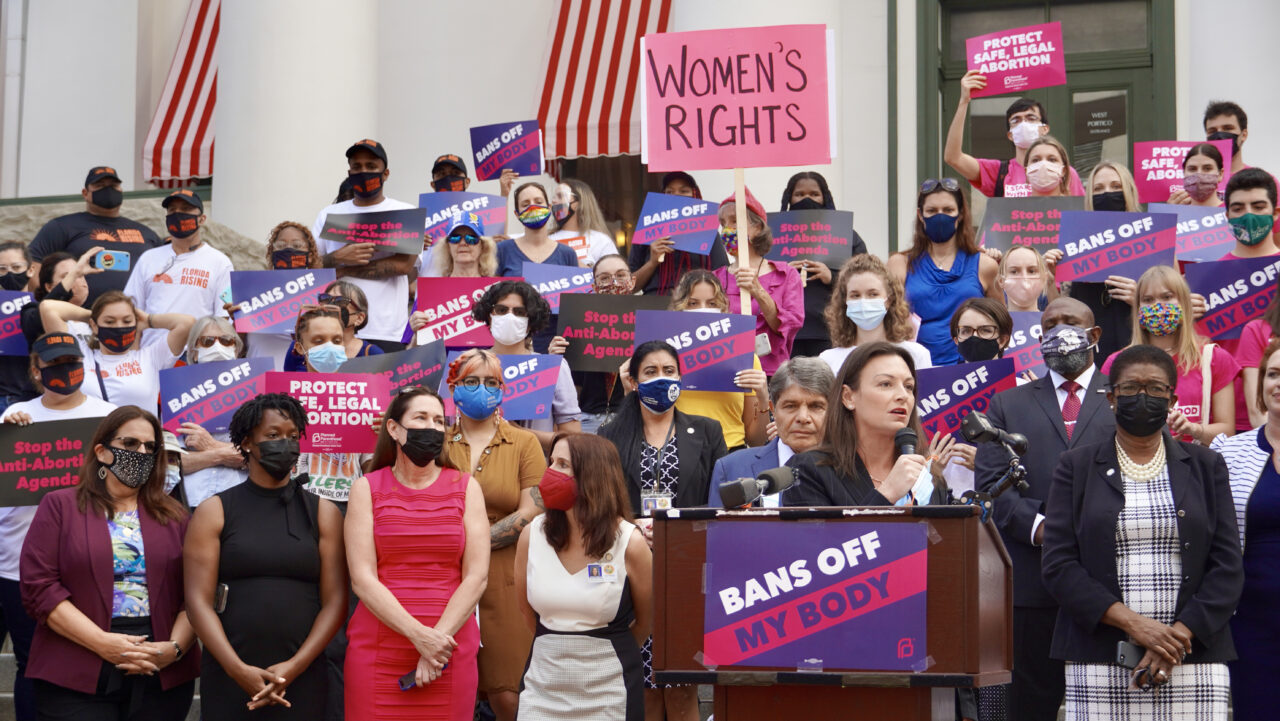 Abortion rights, they warned, are under threat.

Atop the steps of the Historic Capitol Building, dozens chanted and waved signs. They blasted the Republican-controlled Legislature, decrying the previous Session as the birthplace of “racist, homophobic, sexist and misogynistic” legislation.

Agriculture Commissioner Nikki Fried left a Cabinet meeting to attend the event, a move that garnered applause among demonstrators. She warned similar legislation is on the horizon.

“We will not let the White men of this building tell us what to do with our bodies,” said Fried, a Democratic gubernatorial contender.

The new Texas abortion law is among the most restrictive in the nation. It bans the procedure after a fetal heartbeat is detected, usually at about six weeks of gestation, and provides no exception for rape or incest. It also allows a person to sue someone they suspect of aiding another to obtain an abortion.

Democratic Sen. Annette Taddeo coined the law “The Rapist Bill of Rights.” She blasted Republicans and encouraged attendees to organize in defense of state abortion rights.

Abortion rights, she warned, are under threat.

“They relish the opportunity to take away our rights to make our own health care choices,” Taddeo said of GOP lawmakers. “The only thing Republicans in Tallahassee fear is not being in power.”

“We’ll see what happens,” DeSantis said before touting a devotion to “pro-life” principles.

Roughly a dozen or so Democratic lawmakers attended the outdoor event and rallied alongside demonstrators associated with Planned Parenthood, Florida Rising and Dignity Power.

Democratic Rep. Anna Eskamani warned the legislation would further threaten the state’s economic health. Abortion restrictions, she suggested, may direct businesses and workers outside the state.

Tuesday’s demonstration is among the many taking place across the country.

In the weeks since the law was passed, abortion rights activists have demonstrated on social media and even outside the home of Supreme Court Justice Brett Kavanaugh.

“You will not be able to do this without a fight,” Rayner said.