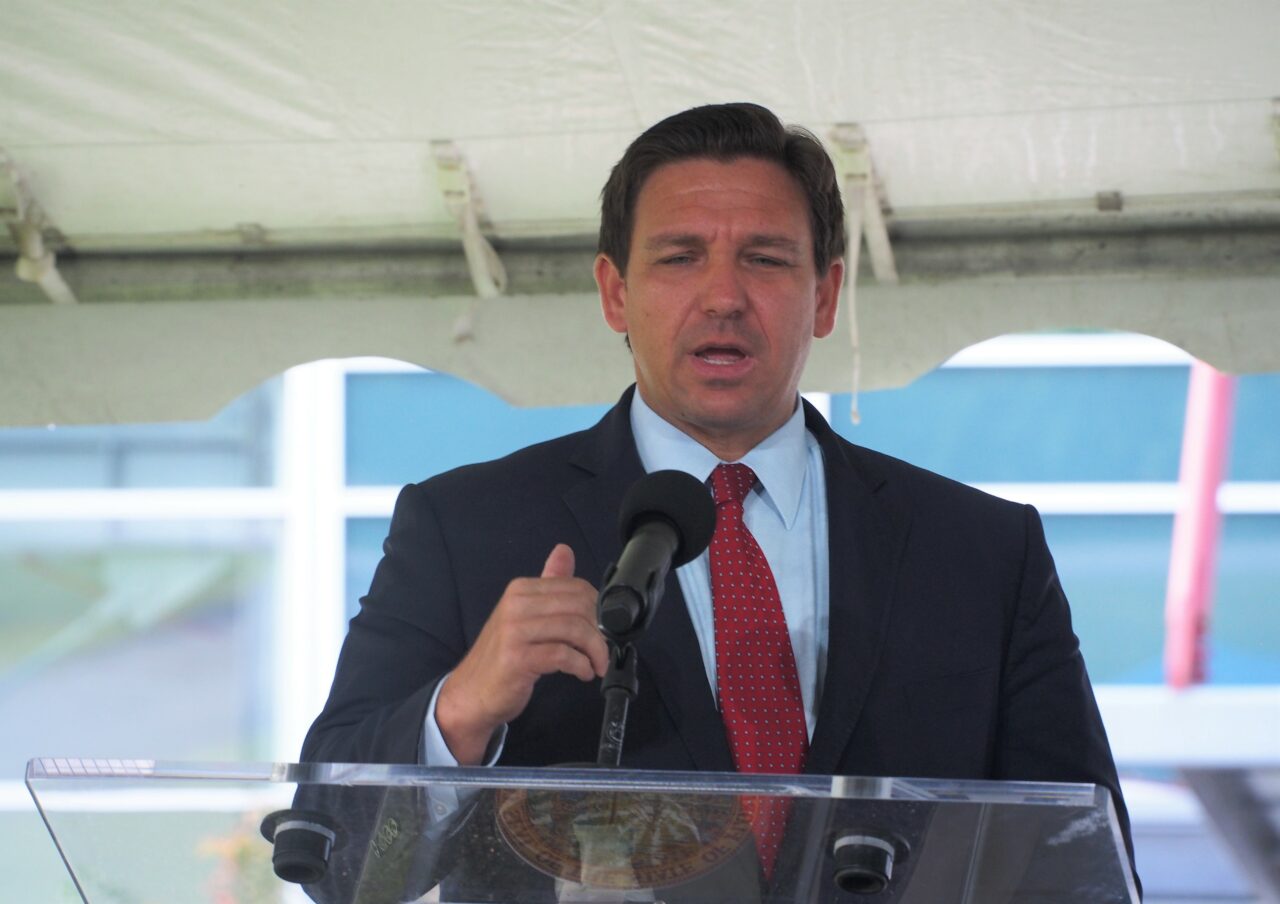 'I think we're going to end up far surpassing even my ambitious promises.'

The Governor told reporters water quality has been one of his top priorities.

“We appreciate the fact that from day one of our administration, we’ve really been proactive,” DeSantis said. “We’ve been on offense. We’ve been racking up a lot of key victories along the way.”

The vast majority of the spending, $394 million, is through the Wastewater Grant Program for 72 wastewater treatment improvements, including septic to sewer projects and upgrading for “advanced wastewater treatment.” That’s the follow-up to the prior $114 million in projects announced in September as part of the program, which the Governor signed into law last year.

The Governor said the projects are expected to reduce the state’s nitrogen load by 619,000 pounds per year.

“It’s amazing what they can do as you get these improvements to do the advanced wastewater treatment, and we’ve done that,” DeSantis said.

The next tranche is $67 million for 28 projects at springs to reduce nitrogen by 70,000 pounds per year by addressing excess nutrient pollution. The remaining $20 million benefits the Small Community Wastewater Construction Grants program.

Florida’s economy runs on its waterways, the Governor said.

“You can’t find this anywhere else in the country, really,” he continued. “This is unique, we’re blessed to have it and we have a responsibility to leave it better than we found it.”

Environmental officials praised DeSantis and the administration for their focus on water quality.

“The projects that are being announced here today are exactly the kinds of projects we need,” Rains said. “They will result in demonstrable water quality benefits, and with the securing of long-term funding, we can see these not just as an endpoint, but as a new beginning.”

The Governor highlighted past funding for the Everglades he has approved, including his promise to spend $2.5 million in the region over five years. With the 2022 Session starting in less than two months, DeSantis plans to announce his budget proposal, including a “strong environment announcement,” in the coming weeks.

“I think we’re going to end up far surpassing even my ambitious promises, because a lot of people said it just couldn’t be done,” DeSantis said.