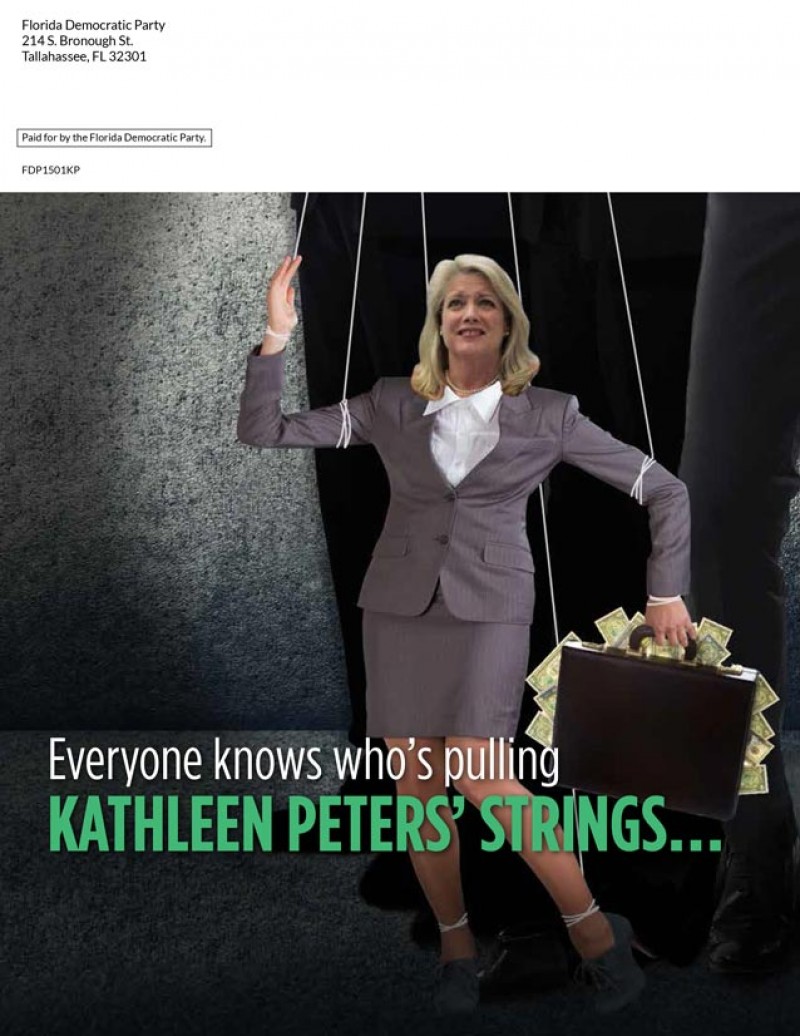 As lobbyists and pols alike collect their collective jaws from the floor in the wake of Speaker Steve Crisafulli’s Sine Die adjournment spectacle, the Florida Democratic Party is wasting no time in making political hay out of it.

The FDP told Florida Politics that it is hitting vulnerable members of the majority in the GOP-dominated Florida House of Representatives with a targeted campaign of mailers and robocalls, including one aimed at Rep. Kathleen Peters who represents the deeply purple District 69 in Pinellas County.

“This week, Floridians saw House Republicans quit work and go on vacation without passing a budget or finding solutions to the major problems our state is facing,” begins copy attributed to FDP Press Secretary Max Steele, designed for inclusion in both automated calls and mailers going out today.

“Kathleen Peters has made it clear that she’s more concerned with appeasing Richard Corcoran and the Tea Party than helping working families and veterans in Pinellas County obtain access to affordable health care,” the script continues.

Though according to some reports Peters was unaware of the colossal legislative stunt Crisafulli pulled on Tuesday, the robocalls attempt to nail Peters for the abrupt demise of health care expansion in the statehouse.

An example script reads as follows:

This is Lauren with a message about Kathleen Peters, your state representative in Tallahassee, who walked away from his job so he didn’t have to vote on a bipartisan plan to expand access to health care. The plan would have extended health care to 800,000 working Floridians, including over 40,000 military veterans.

Middle class families and veterans don’t get to quit work when times get tough. Politicians like Kathleen Peters shouldn’t get to either. Floridians deserve better than politicians who play games with their health care.

The calls and mailers will also go out to the following lawmakers, a strategic group of both legislative leaders and members representing Democratic-leaning seats: 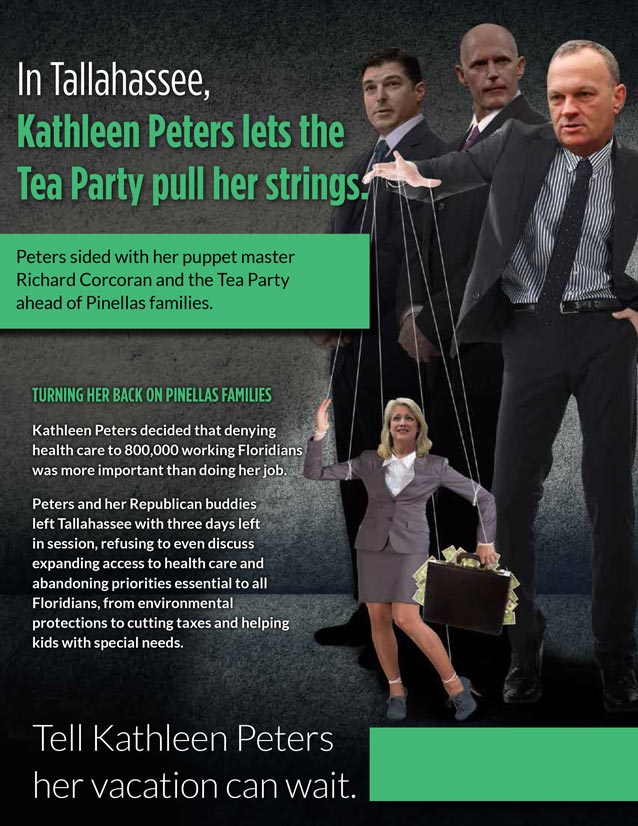