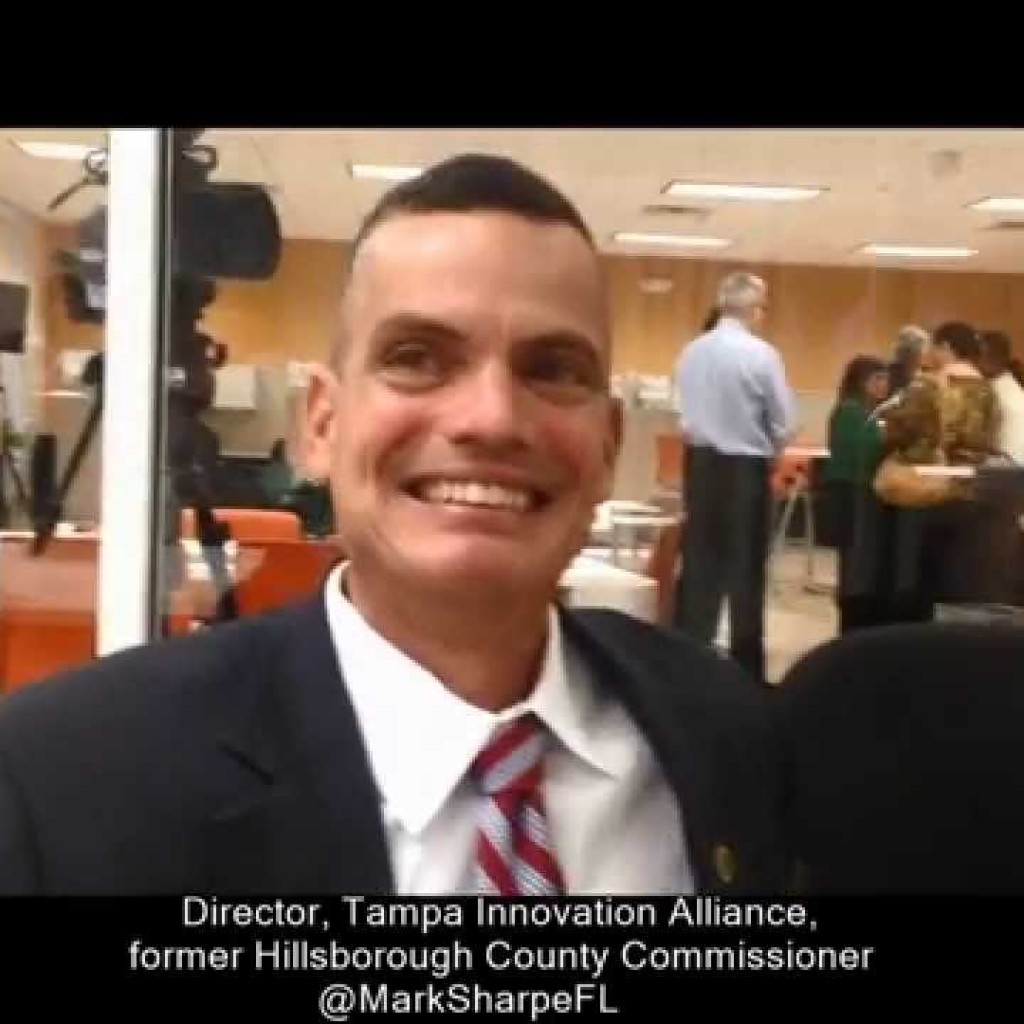 Among the many local projects that didn’t escape Rick Scott’s veto pen last week was $2 million earmarked for the Tampa Innovation Alliance, the nascent public-private agency charged with redeveloping the University area of North Tampa. But Mark Sharpe, the agency’s Executive Director, insists that it’s not a big deal. He says the organization never envisioned receiving state money at all in its first year of operations, and instead hoped to simply capture the attention of the Hillsborough County Commission.

The County has been talking for years about such a project, and has already kicked in $2 million in for the Innovation Alliance, which officially began operations this January. After County Administrator Mike Merrill discussed the project with Bay area members of the Legislature prior to this year’s session, he received immediate buy-in from legislators like Dana Young, Shawn Harrison, Jamie Grant and Jeff Brandes, and most importantly from Clearwater state Senator Jack Latvala.

Sharpe says the immediate work being done now will require the alliance to hire a number of professional planners.

The immediate plan to create a joint planning agreement between Hillsborough and the cities of Tampa and Temple Terrace, which will help define the exact boundaries of the innovation district, which ideally will then allow for an expedited permitting process.  From there a request for quotations and proposals for a master developer will follow, as well as a master planner.

“We’re still in the planning process,” says Sharpe, who transitioned to the head of the agency immediately after being term-limited from county government late last year. “You just can’t develop Fowler, McKinley, Busch Boulevard and Fletcher, that whole area – you just don’t redevelop that without a significant amount of coordination and planning, and that’s why the planning dollars are so important.”

Most observers believe the region centers at USF and extends from I-75 in the east to I-275 in the west, and from New Tampa and Bruce B. Downs Boulevard in the north to Sulpher Springs in the south.

USF School president Judy Genshaft, who in 2011 called the area around the North Tampa  campus horrendous and embarrassing, said earlier this year that “Our people are all over—it is our responsibility as a state university, a public university, to be an economic engine for the region.”

The Innovation Alliance is working on a study to be released sometime in July that will report on the depth of innovation that’s already happening in the university area. “We’ve done a really poor job of mapping it, and really appreciating what we’re going to focus on what our strengths are, and leverage those strengths,” says Sharpe.

Innovation districts have been seen by urban planners in recent years as a way to can lead to economic opportunities. As Bruce Katz from the Brookings Institute has written, innovation districts can revitalize low-income neighborhoods, “directly through investments in affordable housing, infrastructure and improved internet connectivity, and indirectly via enhanced tax revenues that result from city-wide economic growth.”(Katz will be in Tampa on October 29 to talk about innovation districts).

The Tampa Innovation Alliance is a public/private partnership. There are currently 70 businesses and individuals who have joined the alliance it officially began in January, and Sharpe hopes to have that up 140 by the end of October. Some of the biggest players include Busch Gardens and RD Management, who purchased the University Mall on Fowler Avenue last December.

The state’s involvement goes beyond directly investing in the alliance, and more into the actual community. Sharpe says he’s already working with the Florida Department of Transportation on approach way improvements along Busch and Fowler along I-275.

The former county commissioner says he looks forward to speaking with Governor Scott soon to extoll the virtues of what is happening with his agency. “My mission is that I come up with an ask that they can’t refuse,” he says, speaking about the Scott administration. “I’ve got the House, I’ve got the Senate. I’ve got to get the Governor on our side. That’s out goal. To get them all on board.”