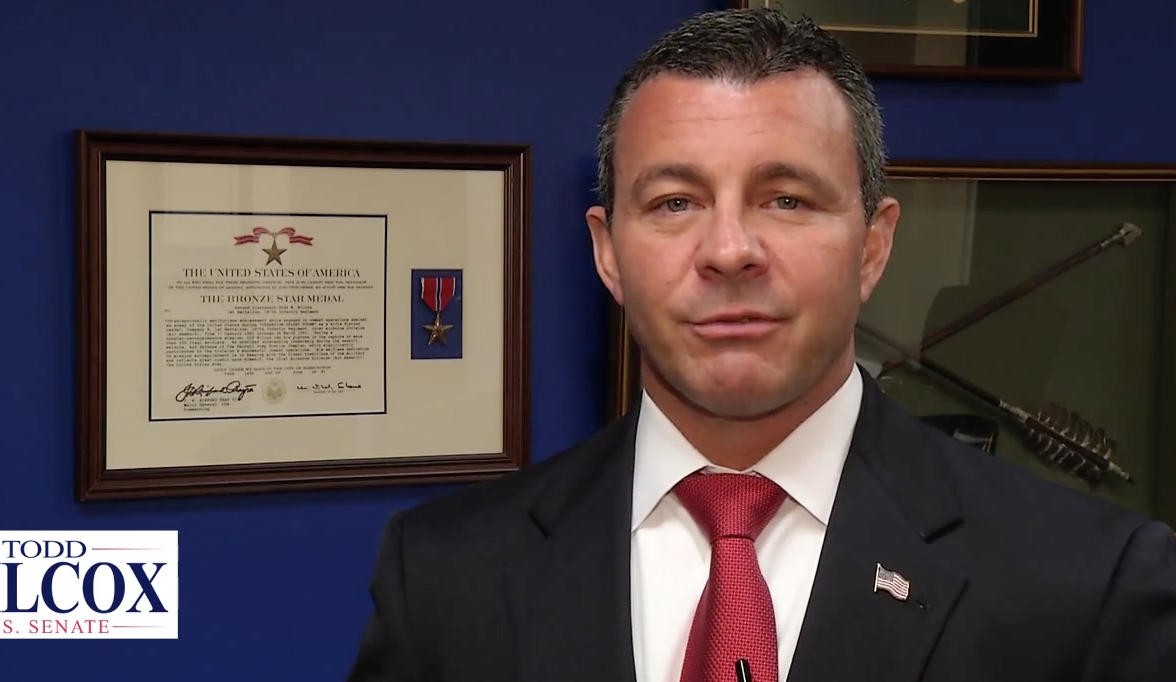 While political observers await for another politician to join Jacksonville U.S. Rep. Ron DeSantis in the race for the Republican nomination for Senate in 2016, Todd Wilcox, an Orlando businessman and former combat soldier and CIA official, announced Wednesday that he’s a candidate to succeed Marco Rubio in Washington.

“I am not a politician and I’m not a lawyer. I’ve never held public office,” Wilcox said in his announcement video. “I see this not as a job or a career move but the next evolutionary step in service to my country, just as our Founding Fathers envisioned. I am fed up with the status quo of career politicians and I am running for the U.S. Senate to restore America’s prominence.”

A  graduate of Tampa’s Robinson High School and the University of Tampa, Wilcox has had an extensive career in the U.S. military and CIA before entering the private sector in 2006.

After earning his degree in finance, Todd was commissioned as an Army infantry officer, according to his website. He served as a rifle platoon leader with the 101st Airborne Division during Operation Desert Storm in 1991. He transferred to the Army Special Forces branch and earned a Green Beret for commanding a Special Forces A-team in a counter-terrorism role in East Asia.

After eight years in the Army, he resigned to work for the CIA in various U.S. Embassy postings in the Middle East and North Africa.

In 2006, Todd left government service and created Patriot Defense Group (PDG), a defense contracting company. He later founded two other companies and the combined business operations during the past nine years range from specialized security training for U.S. special operations to defending corporate clients against cyber-security attacks and the ground delivery of the U.S. Postal Service mail to U.S. troops in Afghanistan.

In anticipation of his entry into the race, Wilcox last week resigned as CEO of his most recent company, Patriot Capital, a military and law-enforcement contractor.

Wilcox is by no means the last Republican to enter this Senate race. Lt. Gov. Carlos Lopez-Cantera plans an announcement next week about his intentions for the contest; expectations are he’ll run. Panhandle-area U.S. Rep. Jeff Miller is also reported to be close to entering the contest. Pinellas County U.S. Rep. David Jolly should be making an announcement any day now on whether or not he’ll remain in his CD 13 seat or run for the Senate seat.

“As a father, businessman and combat veteran, I am fed up with the status quo and I’m fed up with career politicians who care more about re-election or the next higher office than they do about their neighbors. That’s why I am a declaring my candidacy for the U.S. Senate,” Wilcox said.