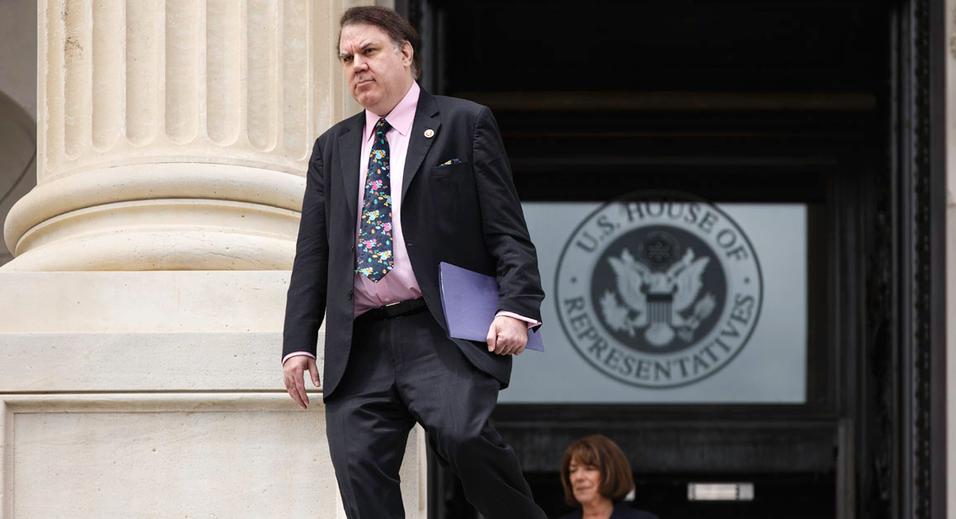 Rumors surrounding U.S. Rep. Alan Grayson and his designs on the Senate seat Marco Rubio will soon vacate are nothing new.

But with word spreading that the self-proclaimed “Congressman with Guts” will officially announce Thursday efforts to prepare for the electoral domino effect he’ll set in motion are gaining a new urgency.

Grayson’s decision to give up a coveted seat in the U.S. House to tussle with U.S. Rep. Patrick Murphy for the Democratic Senate nomination opens up anew a rich vein of speculation over who will seek to replace him and, in turn, who will replace them.

For starters, Kissimmee Sen. Darren Soto will almost certainly make a bid to jump to Congress in Grayson’s 9th Congressional District, which skews Hispanic (about 44 percent) almost as much as it skews liberal (Cook Political Report rates it “D+4”).

The 37-year-old pol hasn’t lost an election yet since coming to the Florida House in a 2007 special election where he defeated both former Rep. Tony Suarez and a crowded Democratic primary field that included a candidate supported by progressive Orlando power couple of Orange County Tax Collector Scott Randolph and his wife, Susannah, Grayson’s congressional district director.

Which is where the race for CD 9 really gets interesting.  Susannah Randolph is said to have an active interest in the seat, setting up the possibility of a primary among Randolph, Soto and biochemist Dena Minning, who just happens to be Grayson’s significant other.

That would create a fiery contest that both fractures the Grayson camp and activates the Randolph machine for a rematch against Soto.

Then there’s the question of Soto’s current perch in SD 14, a deep-blue seat that takes in a large portion of CD 9 in inland parts of Orange, Osceola and Polk counties.

In a region where Anglo and Hispanic relations are sometimes tense within Democratic leadership, Torres is seen as a uniting force along with his wife Carmen Rodriguez-Torres, who more than one source called “the power behind the throne” within the nascent Torres dynasty, such as it is.

The question then becomes, will she step out from behind the scenes — like Randolph figures to —  and run for her husband’s House seat in HD 48, or will she maintain her largely unsung avenues of influence as a peacemaking go-between?

Though the election is some ways away, an early 2017 special election if the going projections hold up, there’s no denying she would be formidable, but sources say the Torres’ daughter and former House candidate Amy Mercado may have a go at it instead, as may party activist Betsy Franceschini, who like both Soto and the Torres family is a member of the greater Orlando area’s burgeoning — and in many Central Florida elections, likely decisive — Puerto Rican community.