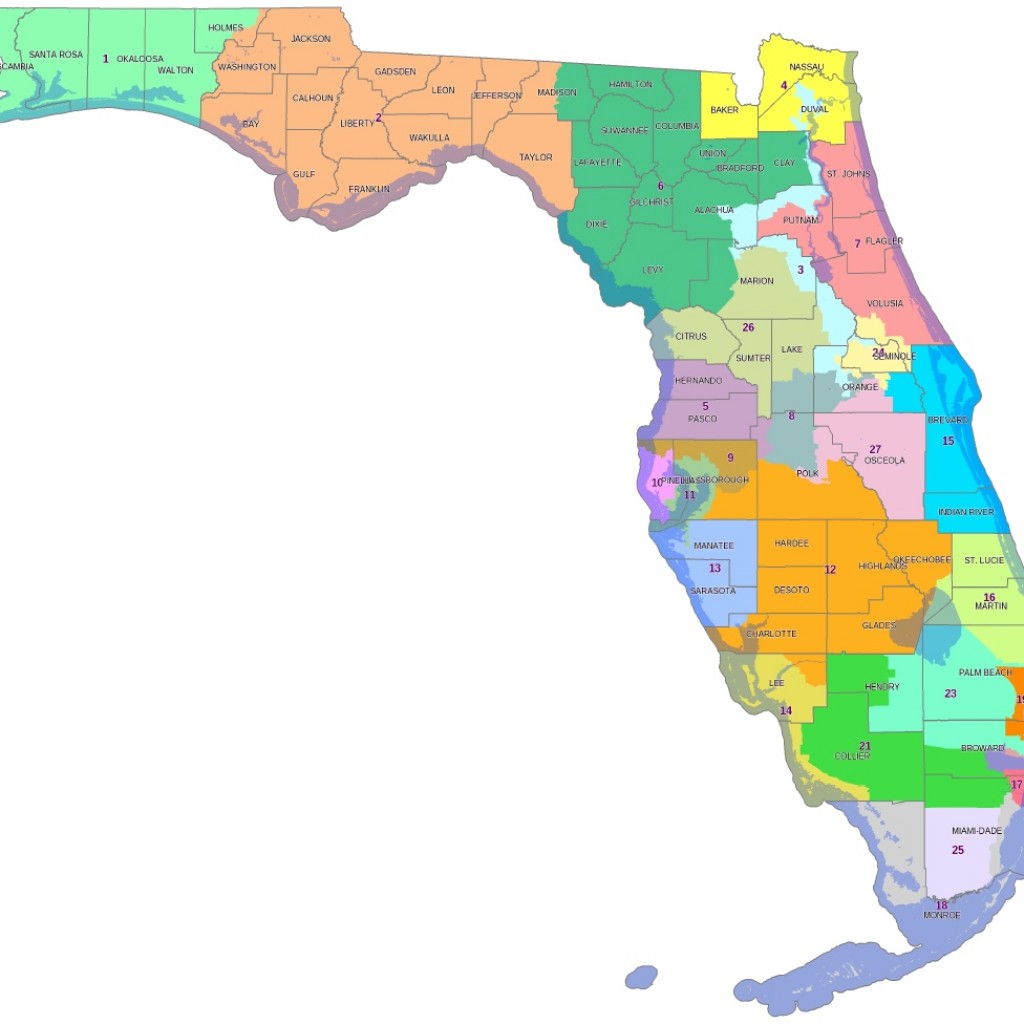 Although the Florida Supreme Court has yet to rule on the legality of state Senate districts that a coalition of groups contend were drawn unconstitutionally in 2012, Florida’s political leaders said today that the Court’s ruling earlier this month to invalidate eight of the state’s 27 Congressional Districts guarantees that they will have to redraw state Senate lines before next year’s elections. Therefore, writes Senate President Andy Gardiner and Houses Speaker Steve Crisafulli, “The Senate has entered into a stipulation and consent judgment with the Plaintiffs and agreed the enacted Senate map will be revised prior to the 2016 primary and general elections.”

House and Senate leaders previously scheduled a special session Aug. 10-21 to redraw the congressional boundary lines for the third time since 2012, but they previously concluded that would not include the senate lines. They previously met in June for 20 days after failing to approve a budget at the end of the regular session in late April.

A trial over the Senate map was scheduled to begin on Sept. 28 in Leon County Circuit Court. The plaintiffs, who include the League of Women Voters and Common Cause, have stated that 28 of the 40 Senate districts were designed to favor incumbents and the Republican Party, violating the Fair Districts amendments to the state constitution passed by voters in 2010.

As Florida Politics reported on hours after the Supreme Court’s ruling invalidating the eight congressional districts, Clearwater state Senator Jack Latvala immediately moved forward and contacted the Division of Elections office to set up an account to run in 2016 for his Senate District 20 seat. The crafty lawmaker, who had already been subpoenaed in the Senate case, realized that his district would need to be redrawn, and thus compel him to run again in 2016 after having just won a four-year term last November.

Gardiner and Crisafulli write that after a base map is introduced, “every member will have a full opportunity to review, discuss, debate, and offer amendments to the base map. Any member wishing to offer a redistricting bill or amendment should recall the technical specifications used during the 2014 Special Session.

The legislative leaders also noted that the Florida Supreme Court made recommendations in their decision that the Legislature makes decisions on the new map in public and to record any non-public meetings for preservation. “While every citizen of Florida has a guaranteed constitutional right to petition our government, we encourage members to be circumspect and to avoid all communications that reflect or might be construed to reflect an intent to favor or disfavor a political party or an incumbent,” they write.

The League of Women Voters and Common Cause both reacted positively to the news.

“This was a battle that had to be fought,” said Pamela Goodman, president of the LWV. “What happened in 2012 when the districts were drawn undercover with no intention of considering the best needs of a district and its voters was an egregious example of greed, influence and naked political ambition.”

“When voters passed Amendments 5 and 6, they sent a clear message that they wanted to rein in partisan manipulation of legislative districts by the state legislators,” said Peter Butzin, chair of Common Cause Florida. “Today’s admission by the State Senate that it engaged in unconstitutional partisanship brings us one step closer to fair elections in 2016.”