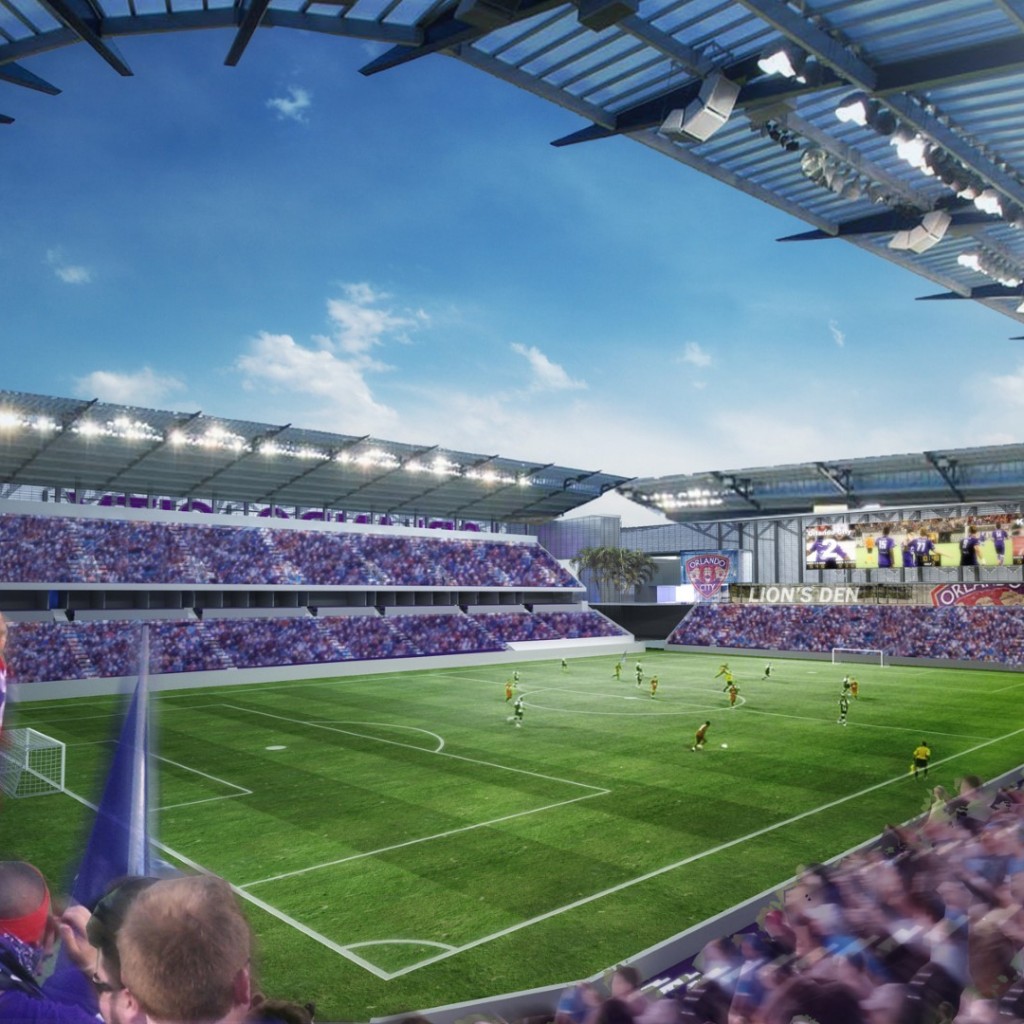 Orlando City Soccer officials said Friday that their new downtown stadium is expected to be completed by the end of the 2016 season.

As they unveiled the new design for the 25,500-seat stadium, team officials said the privately funded, $155 million facility should be finished within the next 12 to 14 months. That coincides with the final month of next season, or the start of the MLS playoffs.

The team’s original plans called for a 19,500-seat stadium costing $110 million and paid for with a mix of public and private funding.

But, the Lions are averaging 33,960 fans in their first season in the MLS while playing at the city-owned Citrus Bowl.

The new building will also have a fan zone and 31 luxury suites, half of them already sold, team owner Flavio Augusto da Silva said.

He said the support of Lions fans provided evidence that more seats were needed.

“The fans inspired us to move forward in this direction,” da Silva said. “The support from the community has been much greater than we expected and that is what inspired us to spend more money and build a better stadium.”

The Lions had a league-high 62,510 fans at their season opener and there have been more than 30,000 at nine of their 11 home games played at the Citrus Bowl. Though it appears the team could fill a larger stadium, team president Phil Rawlins said it wasn’t practical because of space available.

“We expect there to be sellouts every game, but we spent two months just trying to figure out how much we can get on the site and 25,500 is the maximum,” Rawlins said. “We’re in an urban location so you have to take into account the existing infrastructure and streets and this was what we could do with the room we have available.”

The stadium’s location is a few blocks west of downtown Orlando. The new design will close in all four sides of the stadium and include a canopy roof over the seating areas.

The Lions also purchased an addition 12 acres around the stadium site to create the new fan zone. Rawlins said the team expects to host international soccer, rugby and lacrosse games as well as concerts.

“We think 25,500 is a sweet spot for our fan base, but also for other sports we expect to have in the stadium,” Rawlins said.