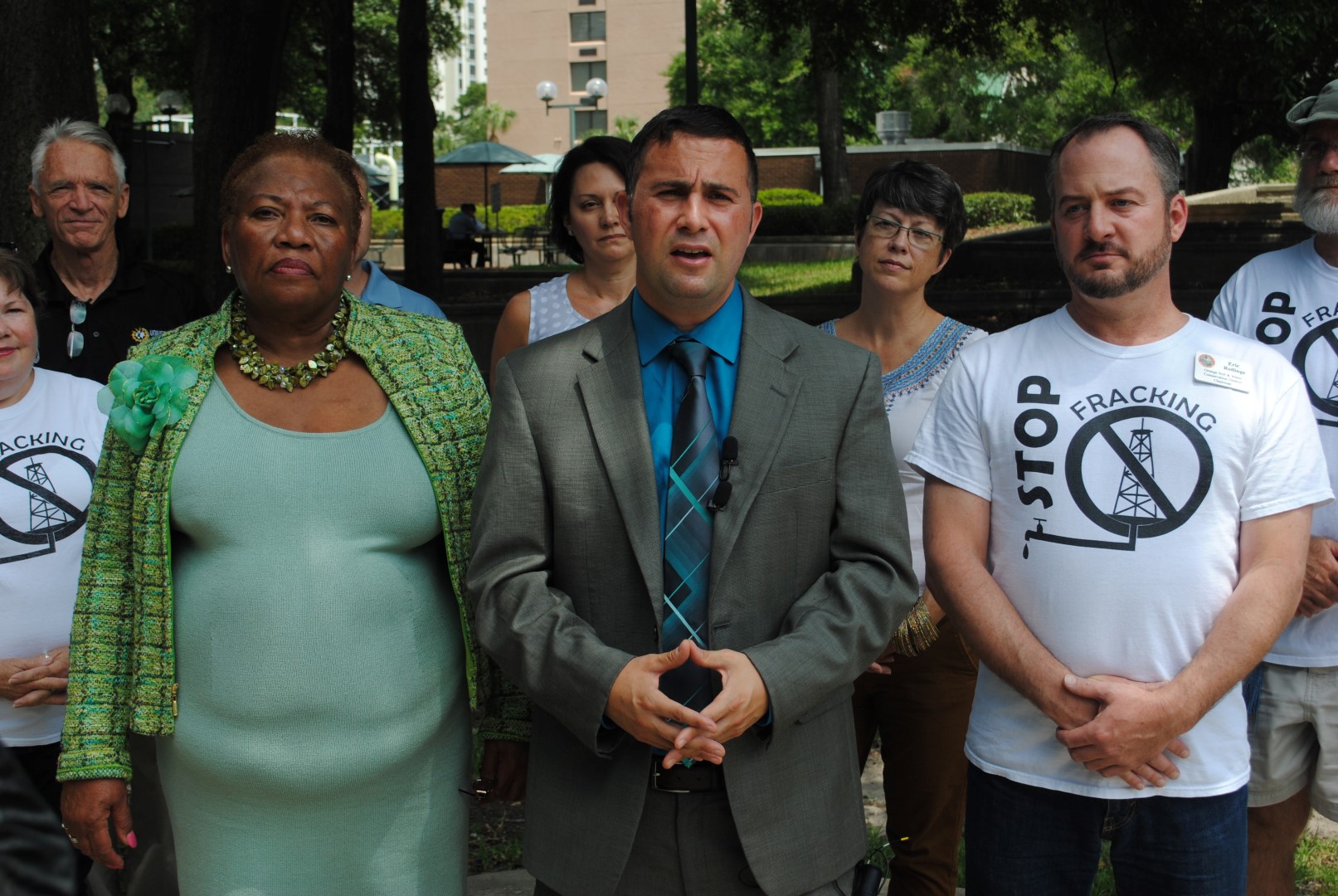 At a Monday afternoon press conference, Soto made the case for supporting SB 166 in the 2016 Legislative Session.  He cited the main reason for filing the bill was repeated attempts by energy companies to start fracking in Florida.

Fracking is a process where oil companies drill into the earth to inject a high-pressure water mixture into the rock, extracting difficult-to-reach embedded oil and gas. Opponents of the policy say fracking harms the land and contaminates drinking water.

Speaking to reporters in downtown Orlando, Soto warned of pro-fracking legislation that previously passed in House, with support in the Senate.

“Talk to your city and county officials to pass fracking ban ordinances now,” he said. “So if we can’t hold them back in Tallahassee they would be grandfathered.”

Rollings echoed support for the legislation, pointing out the regional issues from fracking, including the possible toll on the area’s drinking water.

“We know what’s best for our areas,” he said. “All of the cities in Central Florida need to band together and ban fracking in Florida.”

Thompson was worried about the negative effects of fracking on tourism. The west Orange County Democrat recently called for a state investigation of possible water contamination in the Apopka region.

Fracking “expands chemicals in the state,” she said. “The benefits that are claimed to be there are outweighed on its effect of health problems and tourism.”

Although the end of the 2015 Legislative Session stopped his first attempt before a bill could gain traction, Soto remains confident he will be able to find a sponsor for companion legislation in the House.

“Reach out to your representatives and senators to pass SB 166,” he concluded.