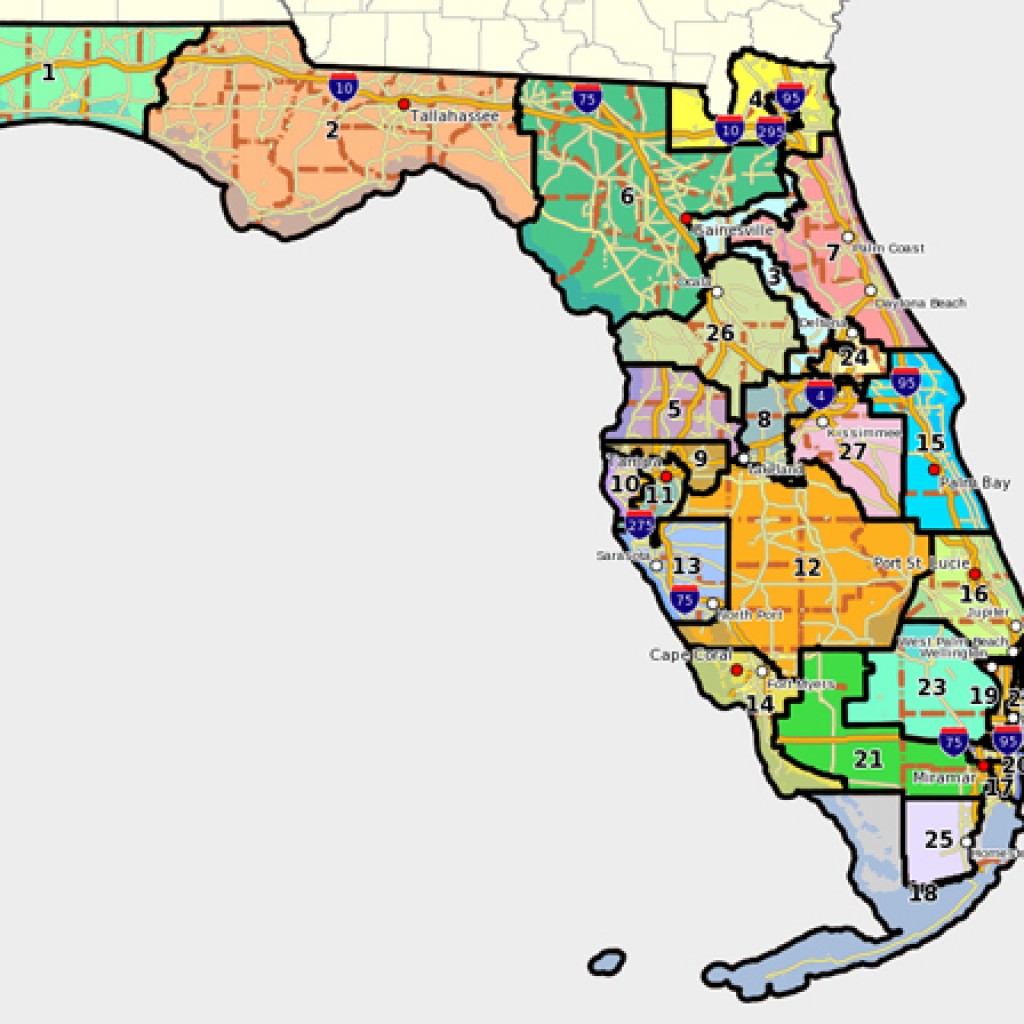 A three-day trial that could decide the fate of Florida’s political landscape ended Monday as lawyers for both sides accused each other of recommending changes to the state’s 27 congressional districts that could benefit either Republicans or Democrats.

Circuit Judge Terry Lewis, who said he would rule sometime in October, must recommend a new map to the state Supreme Court. The job fell to him after the GOP-controlled Florida Legislature failed to agree on new districts during its August special session.

Lewis has seven different maps to sort through including three that came from the Legislature, although the judge during the trial said he may craft one of his own based on a “combination” of the rival versions.

The veteran Tallahassee judge also expressed skepticism over a proposal to shift the district of U.S. Rep. Corrine Brown from a north-south configuration to one that stretches from Jacksonville to just west of Tallahassee. Brown has filed her own federal lawsuit in an effort to block the potential change which has been recommended by both legislators and the groups that sued the Legislature.

But most of the three-day court battle hinged on South Florida and whether or not the proposals before him would help one party or another. Voters in 2010 approved the “Fair Districts” standards that mandate legislators cannot draw districts intended to help incumbents or a member of a political party.

In a stinging ruling in July, the Supreme Court said GOP operatives had “tainted” previous efforts to draw up and maps and ordered that eight districts be redrawn. The House and Senate deadlocked over a new map drawn up by legislative staff, but they asked a judge to endorse their proposals anyway.

But the groups that sued the Legislature said the new maps still included signs of partisan influence.

David King, an attorney for a coalition of groups including the League of Women Voters of Florida, asserted that the proposal drawn up by legislative map drawers could help U.S. Rep. Carlos Curbelo, a Miami Republican keep his seat in Congress. Curbelo knocked off a Democratic incumbent during the 2014 elections.

“I don’t know whether you call it accident, coincidence, serendipity, happenstance,” said King. “The Republican map drawers go into a room and they come out with this result.”

Attorney Raoul Cantero, a former state Supreme Court justice who represented the Florida Senate, argued that legislative staff came up with a proposal for Curbelo’s seat that was drawn up without any consideration of political performance. The legislative employees who helped draw the proposal testified that they did not know that they had moved three black neighborhoods that vote Democratic into an adjoining district.

“You cannot look at reds and blues, you simply look at the map and draw and let the chips fall where they may,” Cantero said.

Cantero cited as proof that legislators had suggested changes to central Florida that could result in the defeat of U.S. Rep. Dan Webster, a Republican who recently said he plans to run for House Speaker.

Legislative attorneys, meanwhile, questioned the alternative maps drawn by King’s clients as well as a group of voters. They suggested that they were drawn up in concert with Democratic-leaning groups and were intended to help Democrats pick up seats in Florida.

This is now the third time that a legal battle over Florida’s congressional map has played out in a courtroom since voters approved the “Fair Districts” amendment. Democrats outnumber Republicans in Florida, but Republicans hold a 17-10 edge in the state’s congressional delegation.

Reprinted with permission from the Associated Press.

nextLessons for Lenny Curry from "A Quiet Revolution"