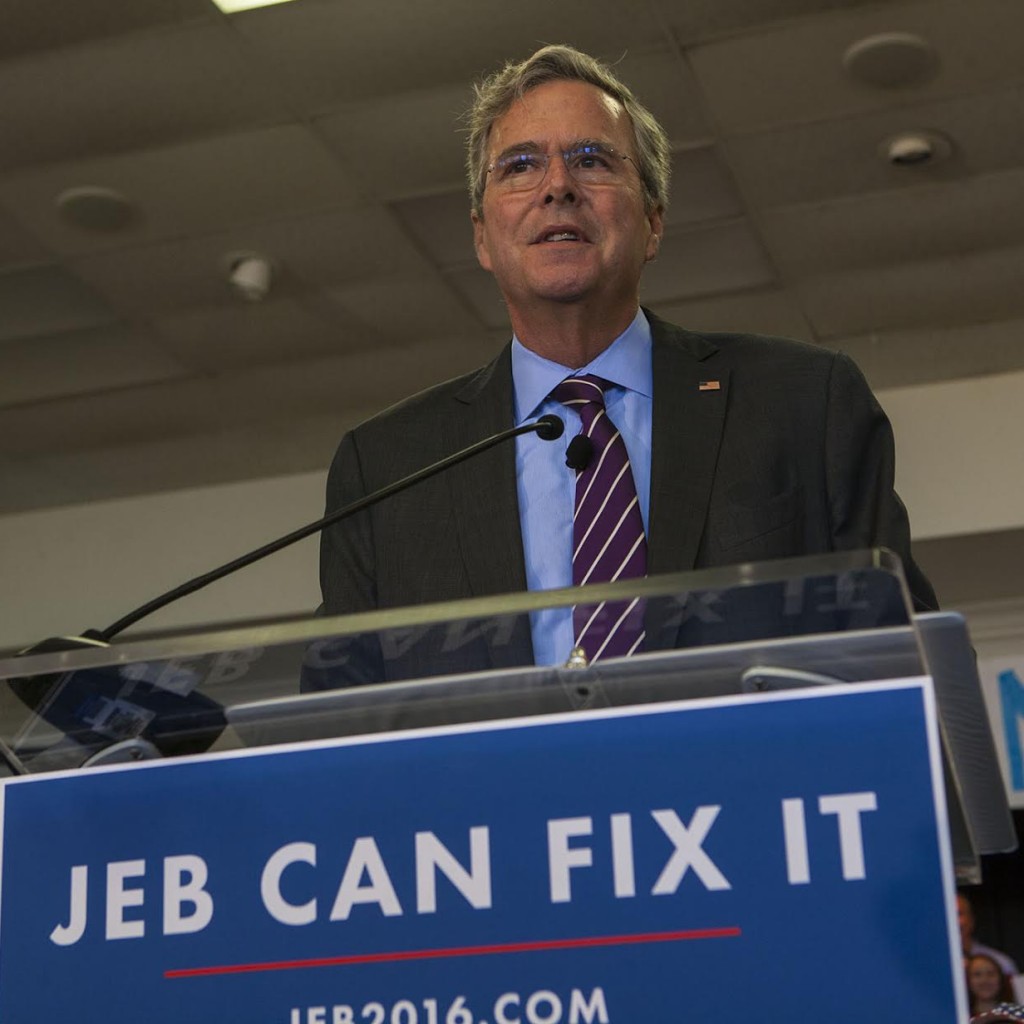 Jeb Bush has a plan for the Republican presidential debate in Wisconsin on Tuesday night: Don’t treat it like, well, a debate.

While he acknowledges he’s “gotta get better” on the debate stage, he says he’s spending less time rehearsing and sees the prime-time forum as more of a moderated conversation than a real debate.

The once-presumed front-runner, now struggling in the race, remains conflicted about the purpose of the debate series but says he’s taking advice while trying to stay true to his serious self.

“Whatever you call it, it’s not a debate,” Bush told reporters in New Hampshire recently. “It’s a chance to be able to say what you think. And I’m going to take advantage of that.”

After Bush made sharp campaign spending cuts, his allies had been closely watching the Colorado debate for signs that the former Florida governor was ready to make his mark after having little to show in the early voting states after four months of campaigning.

Instead, they saw Bush take an early and obviously rehearsed swipe at the well-prepared Rubio about his Senate voting record, then fade from view for much of the remaining debate.

Bush and aides quickly huddled by phone with donors and supporters afterward to try to ease nerves. Three days later, Bush stood in a crowd of Iowa supporters and told nearby reporters, “I have enough humility to know I’ve got to get better.”

Bush is looking to recover during the debate in Milwaukee from what he, supporters and donors agree was a poor performance in Boulder, Colorado, on Oct. 28, when he hoped to break out with a show of aggressiveness but ended up looking awkward in a tangle with a nimbler rival, Marco Rubio.

The son and brother of presidents says he’s trying to unlearn his decades-old understanding of what debates should be, “where you’re supposed to answer the question,” and instead bend to the unwritten rule: “Be myself by saying what’s on my mind.”

While Bush sounds liberated by that way of thinking, it also seems to frustrate him.

He’s a policy-driven, self-described introvert who rejects that idea that debates need to be a form of political reality TV, even with the actual reality-TV star, Donald Trump, and other outsized personalities on the stage. “I don’t accept that premise,” he said sternly. “We’re electing a president of the United States.”

Still, he is now making the most of the advice he gets “from an army of people,” he says, holding up his smartphone.

Michigan Attorney General Bill Schuette, Bush’s campaign chairman in the state, recently called him to talk about the debate. He joked that Bush is not the flashiest guy on the stage.

Schuette said he urged Bush to “let Jeb be Jeb, and let the chips fall where they may.”

Bush says the endless stream of suggestions takes getting used to.

“Someone didn’t like the tie I wore last time, said it looked like I was going to a funeral,” he said flatly.

Bush, at 6-feet, 4-inches, is taller than almost everyone in his campaign audiences, and has a tendency to hunch when gesturing with his arms.

He’s even at times reminded himself aloud during campaign events to stand up straight.

“But I now have taken this on as a personal challenge — I turn something into a positive,” he said. “The positive is: People are giving me advice. They must care about me. They must want me to win. Hey, I like that. That’s nice. Keep it coming.”

However, Bush’s contempt for the “American Idol” debate concept is never far away.

“Just tell me which tie to wear, make sure the knot’s right, and leave me alone,” Bush said wryly. “I’m getting a haircut…. That’s huge.”

previousAnti-rail group: Still against All Aboard Florida, by any other name

nextMartin Dyckman: Jeb Bush-Gotterdammerung, and the rise of Marco Rubio