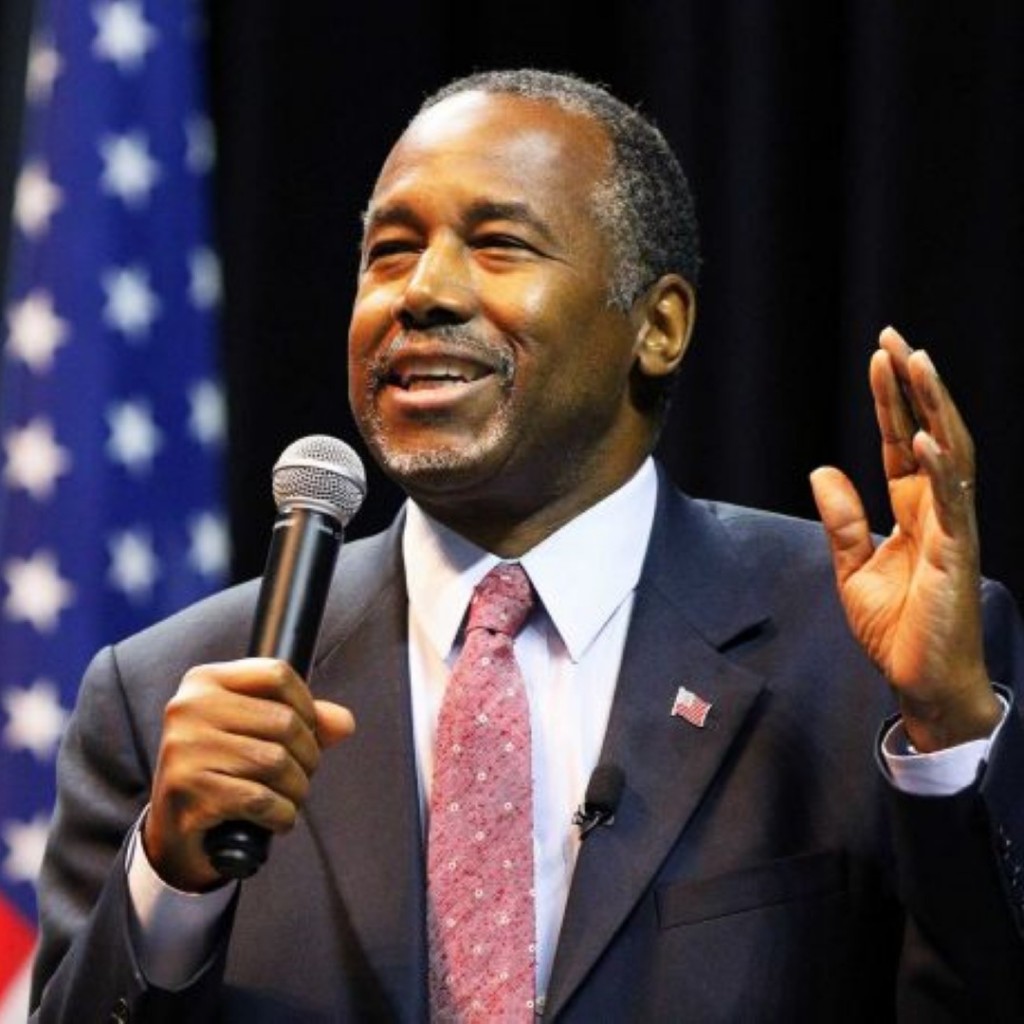 Republican presidential candidate Ben Carson has said that blocking potential terrorists posing as Syrian refugees from entering the U.S. is akin to handling a rabid dog.

“If there’s a rabid dog running around in your neighborhood, you’re probably not going to assume something good about that dog,” Carson told reporters at one stop. “It doesn’t mean you hate all dogs, but you’re putting your intellect into motion.”

Carson said that to “protect my children,” he would “call the humane society and hopefully they can come take this dog away and create a safe environment once again.”

He continued: “By the same token, we have to have in place screening mechanisms that allow us to determine who the mad dogs are, quite frankly. Who are the people who want to come in here and hurt us and want to destroy us?”

He later repeated the comparison at a rally at the University of South Alabama, while telling hundreds of supporters that reporters had misrepresented his earlier remarks. “This is the kind of thing that they do,” he said, drawing laughs and applause.

Carson is among the GOP hopefuls who have called for closing the nation’s borders to Syrian refugees in the wake of the shooting and bombing attacks in Paris that killed 129 people and wounded hundreds more.

The Islamic State has claimed responsibility for the carnage, stoking fears of future attacks across Europe and in the U.S.

The retired neurosurgeon, who is near the top of many national and early state preference polls, said he’s been in touch with House GOP leaders about their efforts to establish new hurdles for Syrian and Iraqi refugees trying to enter the U.S.

Dozens of Democrats joined majority Republicans in the House to pass the measure on Thursday. It would require the FBI to conduct background checks on people coming to the U.S. from those countries. The heads of the FBI and Homeland Security Department and the director of national intelligence would have to certify to Congress that each refugee “is not a threat to the security of the United States.”

Asked whether he would sign it, Carson said he hasn’t reviewed the details. “If, in fact, it does satisfy basic needs for safety, of course,” Carson said.

The Council on American-Islamic relations condemned Carson’s dog comparisons at the same time it blasted another GOP hopeful, Donald Trump, for declining to rule out setting up a U.S. government database and special identification cards for Muslims in America.

“Such extremist rhetoric is unbecoming of anyone who seeks our nation’s highest office and must be strongly repudiated by leaders from across the political spectrum,” said Robert McCaw’s, CAIR’s government affairs manager.

In Mobile, Carson said, “Islam itself is not necessarily our adversary.” But he said Americans are justified in seeing threats from Muslim refugees and the U.S. shouldn’t “completely change who we are as Americans just so we can look like good people.”

He continued: “We have an American culture, and we have things that we base our values and principles on. I, for one, am not willing to give all those things away just so I can be politically correct.”

Separately, Carson said Thursday that Islamic State militants are more organized and sophisticated than the al-Qaida terrorists who carried out the 9/11 attacks.

Those attacks, he said, “really didn’t require a great deal of sophistication because we weren’t really paying attention.”

He added, “You didn’t have to be that great. You had to be able to fly a couple of planes. You’re going to have to be a lot more sophisticated than that now.”

Carson’s spoke a few days after some people in and around his campaign offered public concerns about his command of foreign policy. The chief critic, former CIA agent Duane Clarridge, told The New York Times that Carson struggles with Middle Eastern affairs.

He “not an adviser,” Carson said, adding that Armstrong Williams, his longtime business manager, also “has nothing to do with my campaign.”

Williams spoke to the Times, the Associated Press and other media about Carson’s need to improve as a candidate. Carson described Williams as an independent operator who “speaks for himself.”

But, Carson acknowledged, Williams as recently as this week helped the candidate edit a foreign policy op-ed the campaign sent to The Washington Post.