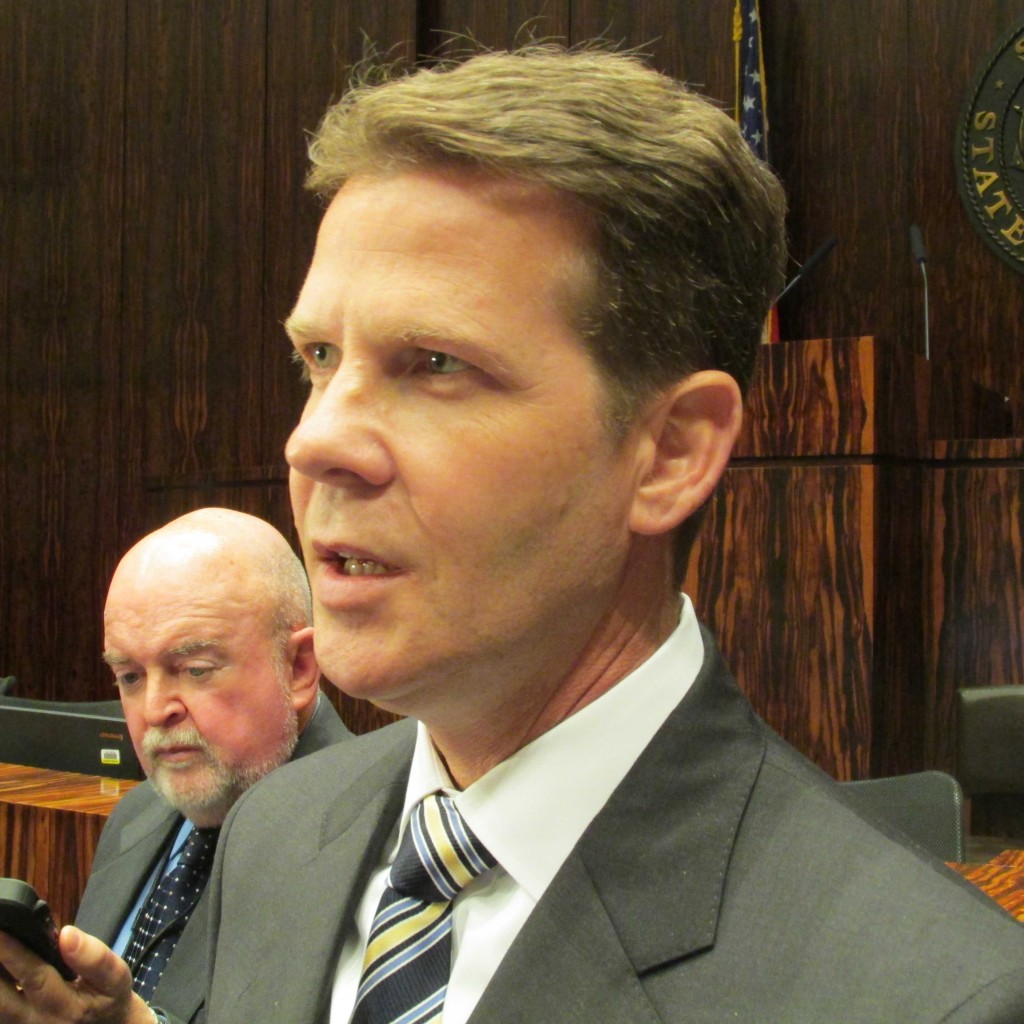 On the first day of the 2016 Legislative Session, Senate President Andy Gardiner made a promise that Gov. Rick Scott would get three bills by the end of the week.

Gardiner, an Orlando Republican, spoke during the Senate’s first floor Session for 2016, with Scott sitting in the first row.

According to the Associated Press, it “modifies dozens of areas of Florida law including controlling pollution and restoring natural water flows in springs and rivers; developing alternative water supplies; water use permitting; and restoring flows and preventing pollution around Lake Okeechobee and the northern Everglades.”

Another was an education bill (SB 672/HB 7011) that creates a Personal Learning Scholarship account for children with autism or muscular dystrophy that would provide for a $10,000 lifetime scholarship. It’s backed by state GOP Sen. Don Gaetz.

The third (SB 962/HB 1359) is aimed at employment opportunities for people with unique abilities, focusing on “vocational evaluation and planning, career counseling and guidance, job-site assessment and accommodations, job placement, job coaching, and on-the-job training.” Gardiner has a son with Down syndrome.

Forwarding those efforts to Scott by the end of the first week of Session “sets the tone,” Gardiner said.

“Last year was unusual,” he added, referring to the Regular Session that ended in the House leaving town three days early over a budget impasse, resulting in a special budget Session.

Two other Special Sessions for redistricting ended without agreement on new political maps, resulting in courts making the final decision.

“You have my commitment we will do everything we can,” Gardiner told the chamber, filled with former and current lawmakers, all the statewide elected officials, and five Supreme Court justices. “We will work to cut taxes, pass a balanced budget and appropriate unprecedented funding for K-12 education.”

Gardiner, however, said his chamber would “work with” Scott on funding for Enterprise Florida, the state’s public-private economic development agency. Scott wants a $250 million fund for business incentives, something the Senate isn’t fully on board with.

By the end of this Session, Gardiner said, he hoped every senator will be able to say, “Andy gave me every opportunity to be successful.”