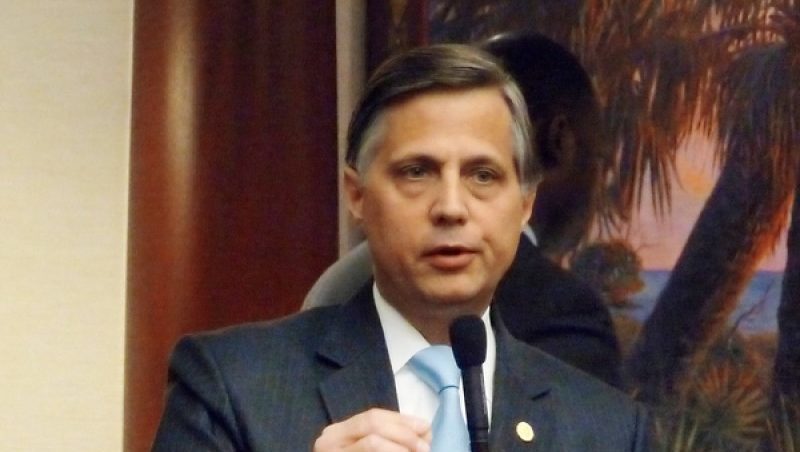 HB 675 by Rep. Larry Metz would create potential penalties and fines for local governments that don’t comply with detainers from the Immigration and Customs Service, or otherwise fail to act when they suspect illegal aliens are intentionally harbored in Florida.

Metz said the bill means municipalities simply must follow federal law, though Democratic opponents peppered Metz with questions about the existence of a problem of illegal aliens inordinately committing crimes, and the practicality of the bill as a way of fixing such a problem.

The bill would create a “Rule of Law Adherence Act” in state statute, which establishes a duty to report a known or probable violation of the act to state officials. The governor or attorney general would be empowered to take action against such violators, who Metz called “part of the problem.”

The measure also proposes that if an undocumented immigrant “had access to” a victim because of a sanctuary policy, then the victim would have a cause of action against policymakers in the local government who declared the area an immigration sanctuary.

Metz said the issue is substantial in Florida, where he claims over 900,000 undocumented immigrants reside.

Metz said one county (Miami-Dade) and “six or seven” county sheriffs have either a declared or de facto sanctuary policy, though that was disputed Tuesday afternoon by the Florida chapter of the American Civil Liberties Union. A release from the group said at least 30 municipalities have policies that stray from federal strictures.

The ACLU and Florida Immigrant Coalition, among other groups, have spoken out against the bill in past forms.

“This is a radical bill that would rip parents away from their children and force all state entities to essentially turn in families who lack immigration status,” said Maria Rodriguez, executive director for the Florida Immigrant Coalition.

Director of Public Policy for the Florida ACLU Michelle Richardson said the proposal’s passage “would make a mockery of the rule of law by forcing localities and local law enforcement agencies to violate the constitution or else face draconian financial penalties.”