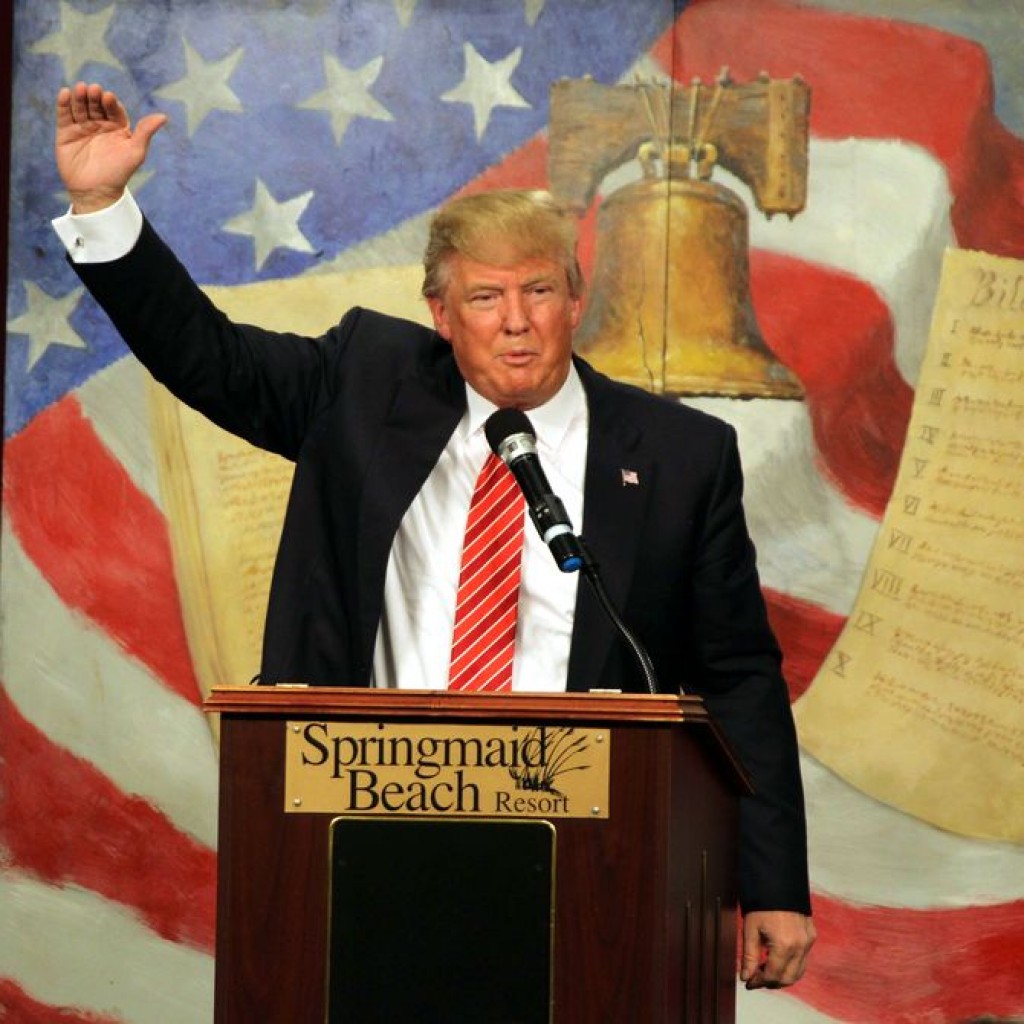 Donald Trump nailed down a solid first electoral win in New Hampshire’s presidential primary Tuesday, demonstrating his unorthodox campaign can translate large crowds at rambunctious rallies into the votes that determine delegates. His Republican rivals pinned their hopes on a strong second-place finish, looking to break from the pack and ensure the survival of their campaigns.

Stung by his second-place showing in Iowa last week, Trump had been determined to make New Hampshire his proving ground for a campaign that has defied convention wisdom from the start. Early exit polls showed he drew support from voters looking for an outsider and from those who made up their minds a while ago.

Count car salesman Val Goldenberg as one of those Trump voters. At a Nashua polling place, Goldenberg said he voted for the billionaire because he likes the business mogul’s “non-politician” credentials.

Eighty-four-year-old Mary O’Malley of Manchester picked Trump because “he’s not part of the establishment. He’s going to get things done and he’s not going to put up with any baloney.”

For the rest of the Republican field, Tuesday’s results will shed light on which of the more establishment-friendly candidates advance to later contests, including Florida Sen. Marco Rubio, former Florida Gov. Jeb Bush, Ohio Gov. John Kasich and Gov. Chris Christie of New Jersey. Rubio had arrived in New Hampshire with a burst of momentum following his better-than-expected third-place finish in Iowa last week, but a shaky debate performance Saturday sparked criticism from his rivals that the 44-year old freshman senator lacks the experience to lead the nation.

Texas Sen. Ted Cruz, coming off a strong victory in Iowa, has not polled as well in New Hampshire — his rivals seeing that as an opportunity to try to cap his momentum in the second nomination contest.

A strong performance in New Hampshire was critical for Kasich, who all but skipped Iowa’s caucuses to continue grinding out town halls in New Hampshire. During a visit to a Concord polling place Tuesday, the Ohio governor said a Kasich win with a positive message could open up a “new chapter” in American politics.

His voters included Miranda Yeaton, a mother of two young daughters in Concord who said Trump scared her and that she liked Kasich’s record as governor.

“If he can do it for Ohio he can probably do it for the rest of America,” she said.

Republican voters were very negative about how things are going in Washington these days, according to early results from an exit poll conducted by Edison Research for the Associated Press and the television networks. Nearly half of Republicans said they were dissatisfied and 4 in 10 were angry. Trump did best with voters who were angry; dissatisfied voters were somewhat less likely to break for Trump.

The New Hampshire stakes were high: Bush, Kasich and Christie, in particular, have bet their White House aspirations on New Hampshire, hoping a strong showing here will lead to an influx of new donor money and attention as the election moves south.