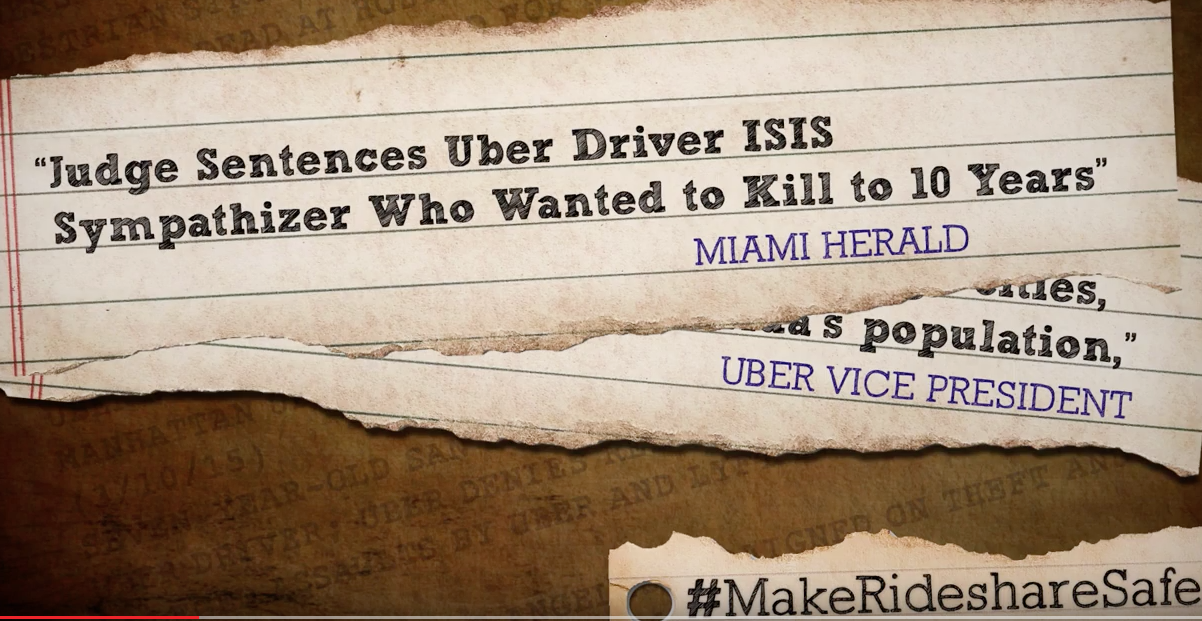 After the release of ads produced by Uber targeting Senate President Andy Gardiner on ride-sharing legislation, the Florida Taxi Cab Association released its own digital ad Wednesday. The ad takes exception to the insurance and background check policies at Uber and Lyft.

Although Uber says it doesn’t like the Senate bill floating in the Legislature that would govern  insurance policies their riders would require, Florida taxicab companies dislike that the House bill on Transportation Network Companies (TNC) doesn’t require Level II background checks.
Level II background checks include fingerprints. Fingerprints allow a background-check service to access the FBI’s criminal record database.
The ad, with the voice of young woman, says, “I use them (ridesharing) sometimes. But I have to admit, some stories I read make me nervous about riding, especially by myself.”
Watch it here.
Earlier on Wednesday, Uber produced its own digital ad designed for Orlando residents, telling them to contact Gardiner.