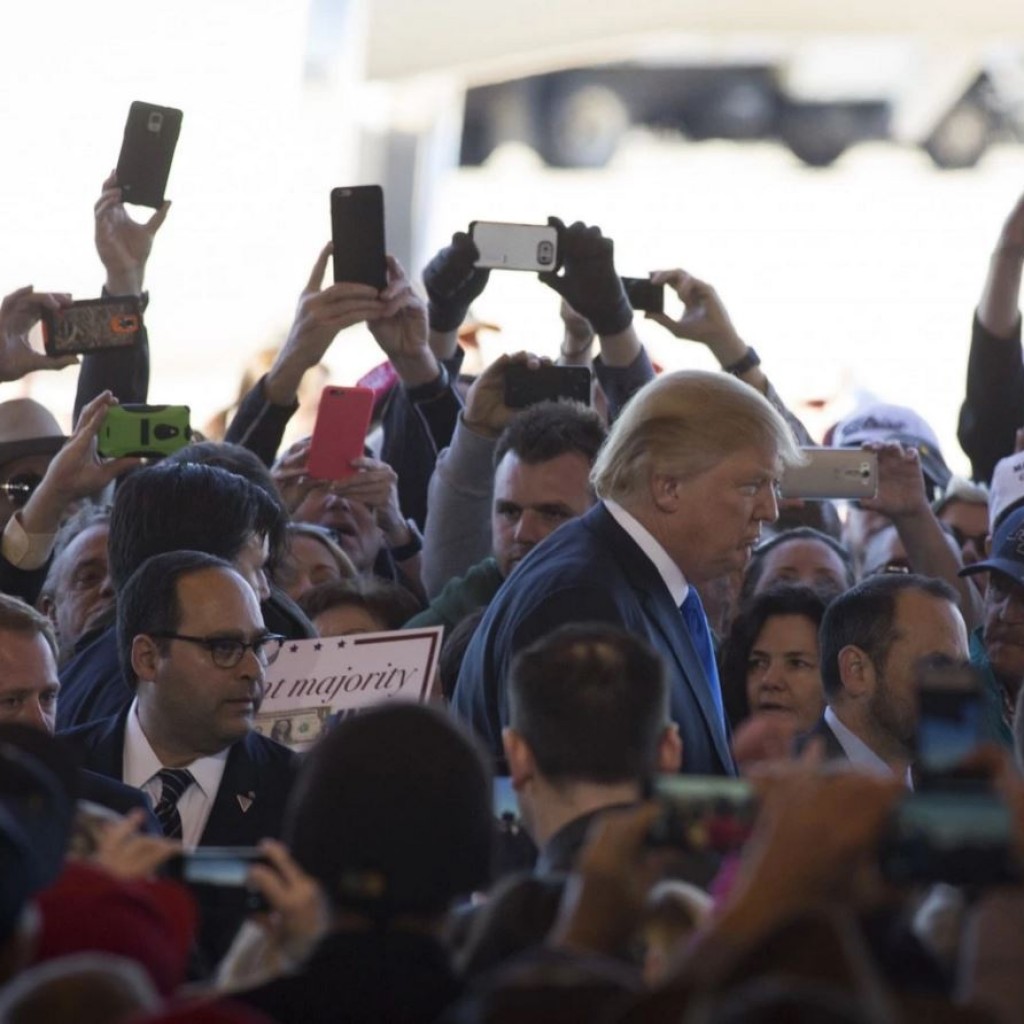 Republican presidential candidates Marco Rubio and John Kasich suggested Saturday they may not support Donald Trump if he becomes the GOP nominee, as violence at the front-runner’s rallies deepened the party’s chaotic chasm.

Rubio told supporters that while he was currently sticking with his pledge to back the nominee if he wasn’t the party’s choice, “it’s getting harder every day.”

Kasich said the “toxic environment” Trump is creating “makes it very, extremely difficult” to support him.

“To see Americans slugging themselves at a political rally deeply disturbed me,” Kasich said while campaigning in Cincinnati. “We’re better than that.”

Rubio and Kasich have previously committed to backing Trump should he win the Republican nomination, despite reservations about his qualifications. Their extraordinary shift came hours after clashes between Trump supporters and protesters Friday night in Chicago, and just a few days before Tuesday’s elections in five delegate-rich states.

Trump insisted he’d done nothing to exacerbate tensions, despite having previously encouraged his supporters to aggressively — and sometimes physically — stop protesters from interrupting his raucous rallies.

“I don’t take responsibility. Nobody’s been hurt at our rallies,” Trump told CNN late Friday, one of several interviews he did as cable networks broadcast footage of the skirmishes both inside and outside the Chicago arena where he had planned to speak.

Trump had stops scheduled Saturday in Dayton and Cleveland in Ohio, as well as an evening event in Kansas City, Missouri.

The brash billionaire’s unexpected political success has roiled the Republican Party. Most leaders expected his populist appeal would fade as voting contests began and largely avoided criticizing even his most extreme comments out of fear of alienating his supporters.

But after 24 primary contests, Trump has only grown stronger and leads his rivals in the all-important delegate count.

GOP leaders are grasping for a last-ditch idea stop Trump from claiming the nomination, from talking about a contested convention to discussing whether to rally around a yet-to-be-determined third-party candidate. All are long shots at best and would likely have the effect of ripping the Republican Party apart in irreparable ways.

Rubio and Kasich must win their home state contests Tuesday in order to stay in the race. Texas Sen. Ted Cruz, closest to Trump in the delegate count, has urged both to drop out so he can take on the front-runner in a head-to-head contest.

Cruz said late Friday that Trump has created “an environment that encourages this sort of nasty discourse.”

“When the candidate urges supporters to engage in physical violence, to punch people in the face, the predictable consequence of that is that it escalates,” he said.

The chaos in Chicago was sparked in part by Trump’s decision to cancel his rally after skirmishes broke out in the crowd that, unlike past Trump events, was packed with protesters.

Some isolated confrontations took place afterward. Police reported arresting five people. Many anti-Trump attendees had rushed onto the floor of the University of Illinois at Chicago Pavilion, jumping up and down with their arms up in the air.

“Trump represents everything America is not and everything Chicago is not,” said Kamran Siddiqui, 20, a student at the school who was among those celebrating. “We came in here and we wanted to shut this down. Because this is a great city and we don’t want to let that person in here.”

Some supporters of the Republican front-runner started chanting “We want Trump! We want Trump!” in response to the celebrations.

“It’s a shame,” said Trump supporter Bill Tail, 43, of the Chicago suburb of Oaklawn. “They scream about tolerance, but are being intolerant themselves. That doesn’t make sense.”

As Trump attempts to unify a fractured Republican Party ahead of Tuesday’s slate of winner-take-all primary elections, the confrontations between his legion of loyal supporters and protesters who accuse him of stoking racial hatred have become increasingly contentious, underscoring concerns about the divisive nature of his candidacy.

A North Carolina man was arrested after video footage showed him punching an African-American protester being led out of a Trump rally in that state on Wednesday. At that event, Trump recalled a past protester as “a real bad dude.”

“He was a rough guy, and he was punching. And we had some people — some rough guys like we have right in here — and they started punching back,” Trump said. “It was a beautiful thing.”

At Trump’s rally earlier Friday in St. Louis, he was repeatedly interrupted by protesters. Police there charged nearly three dozen people with general peace disturbance and one person with assault.

In a telephone interview after postponing his event in Chicago, Trump said he didn’t “want to see people hurt or worse” at the rally, telling MSNBC, “I think we did the right thing.”

But Chicago police said they had sufficient manpower on scene to handle the situation and did not recommend Trump cancel the rally. That decision was made “independently” by the campaign, said police spokesman Anthony Guglielmi.