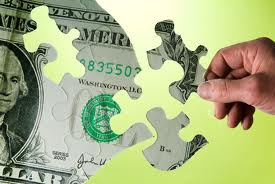 The report praised the Legislature for killing Scott’s proposed $1 billion tax cut, saying it would just help businesses while reducing resources for urgent needs. It also criticized a tax cut for machinery and equipment the Legislature included, saying it offers “dubious benefits of business subsidies on job creation and economic growth.”

“Presidential candidates of all stripes know Florida is critical to the outcome of our national election,” Institute Executive Director Joe Pennisi stated in a news release Wednesday, the day after Scott vetoed $250 million in line items and Florida held its presidential primaries. “If the state wants to play a similar role as a bellwether of sound economic and fiscal policy, it will have to think about long-term public investments so all Floridians have the chance to prosper.”

The nonpartisan institute is funded by the Annie E. Casey Foundation and the Charles and Margery Barancik Foundation.

Among findings in its report:

“If we expect population growth to continue at current rates, Florida must commit to providing the resources required to meet the needs of all its current and future residents,” Pennisi stated.

“This budget does not allow the state to meet those needs,” he added.