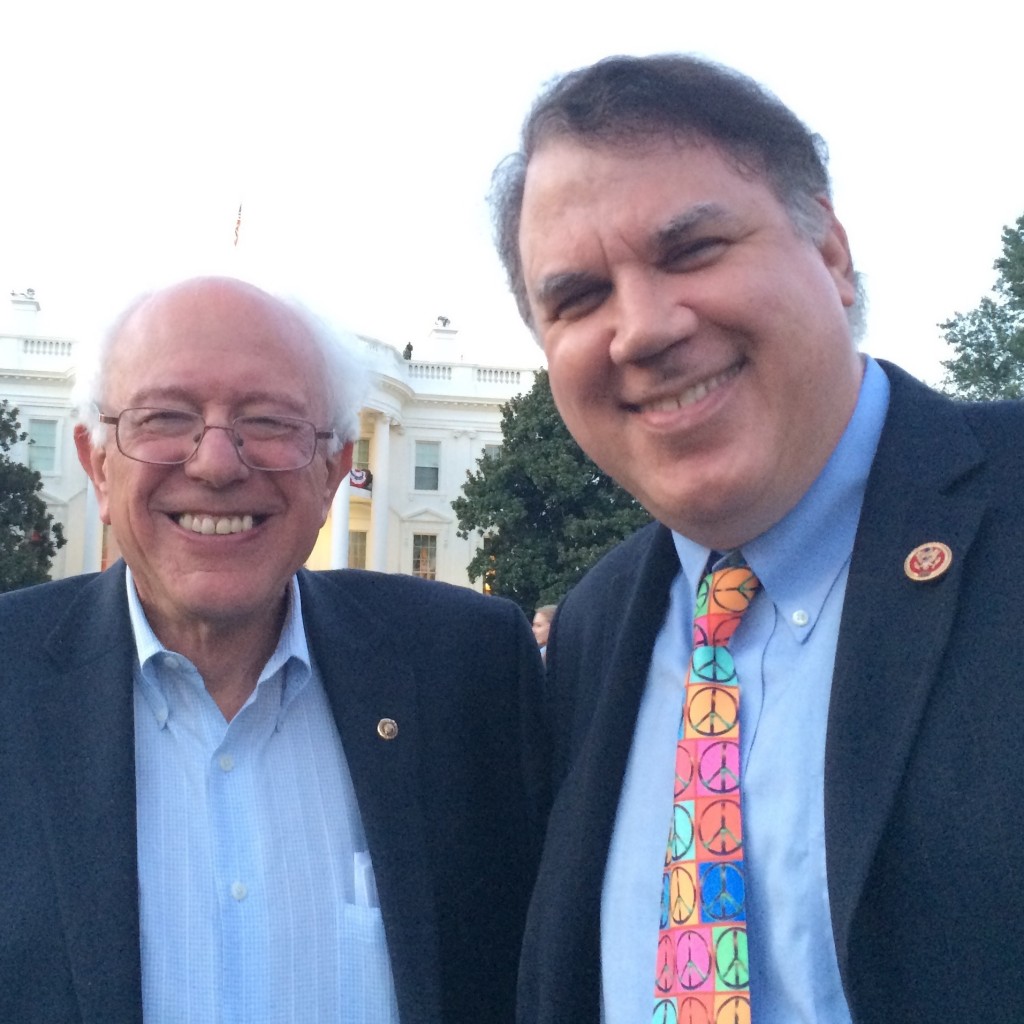 At this point, Alan Grayson isn’t surprised that yet another Democrat has endorsed Patrick Murphy in their battle for the Democratic nomination for U.S. Senate in Florida, even if it’s the much-lauded Bob Graham.

“If you take a look at the polling for those who pitted his daughter against me and Patrick, his daughter came in a very, very poor third in that hypothetical race, so I don’t think that a lot of voters would be influenced by that at all,” Grayson said.

A poll conducted by Mason-Dixon last summer had Gwen Graham, the first-term congresswoman from Tallahassee and daughter of the beloved Democratic icon, a distant third to Murphy and Grayson in a three-way Democratic race for Senate.

“The establishment endorses the establishment” has been Grayson’s response to the cavalcade of prominent Democrats coming out to support Murphy, the second-term congressman from Jupiter, instead of his candidacy.

Graham joins most of the Florida Democratic establishment in endorsing Murphy. His supports goes much deeper than Florida, though. President Barack Obama and Senate Minority Leader Harry Reid have also backed him. In fact, Reid called on Grayson to quit the Senate race last month amid scrutiny of his hedge fund.

“We have a situation where Patrick has the best endorsements that money can buy,” Grayson charged. “We have many, many, many cases now of Patrick buying his endorsements, and corrupting the political system. In much the same way that he’s been corrupted by money … Patrick’s vote is for sale and he systematically tracks down other elected officials whose endorsements are for sale.”

Grayson isn’t the only one making such charges.

A conservative super PAC aimed at keeping the Senate in the hands of Republicans also ripped Murphy last month, noting the congressman’s super PAC received a $50,000 contribution from a company associated with Nicholas Mastroianni II. Mastroianni is a major player with the EB-5 visa program that essentially allows wealthy foreigners to buy U.S. citizenship by investing $500,000 in a project that creates U.S. jobs.

The Senate Leadership Fund noted how Murphy was one of only seven co-sponsors of a 2014 bill that would ease restrictions on EB-5 regional centers such as the one Mastroianni runs.

“In other words, Murphy co-sponsored a bill that would directly benefit the business of someone who butters Patrick’s bread with major donations to his campaign and Super PAC,” the Senate Leadership Fund stated.

The perception from the Democratic establishment is that Murphy can win a statewide seat, but Grayson can’t. Grayson says that’s the same mindset that has the Democratic Party donors strongly backing Hillary Clinton for president, over Bernie Sanders, who he supports.

“Poll after poll – including the Quinnipiac poll – show me winning against most of the Republican opponents,” Grayson said. “Our own internal polls shows me winning against every Republican opponent. This is simply not a situation where one candidate can win the November election and the other can’t. That is not the situation. Using the same kind of ploys nationally, if you look at the actual polling data, you’ll find that despite the fact that the party establishment is putting it out there that Secretary Clinton would be a stronger candidate in November. Senator Sanders not only runs better than Secretary Clinton against all three remaining Republican opponents … he runs 6 points better.”

Grayson has led most, but not all the early polls on the Democratic race for senate. A Univision/Washington Post survey released this month had Murphy up, 36 percent to 29 percent.

nextChanges ahead for Jax Banking Fund?