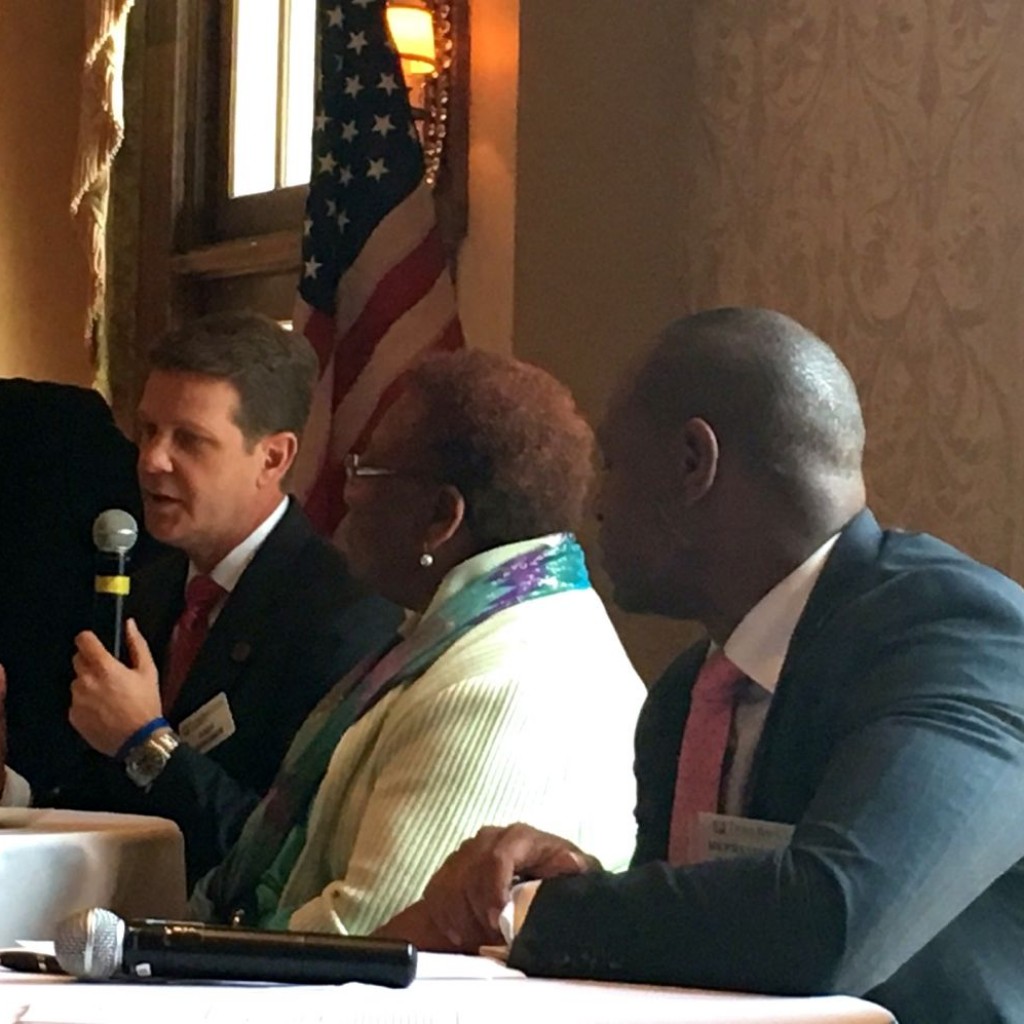 Outgoing Senate President Andy Gardiner conceded Thursday that the presidential election, the possible “Trump effect,” and other issues likely will lead to Democrats making gains in the Florida Legislature elections this fall.

Gardiner, an Orlando Republican, told the Tiger Bay Club of Central Florida that he is confident the GOP will retain its majority in the Senate but that this year voters appear to be looking at experience as a liability.

“I certainly don’t see the Florida Senate flipping Democratic, but I do think there are some seats they are going to pick up here in Central Florida, potentially, and some seats they will pick up,” Gardiner said. “What that number is, I don’t know.”

But Gardiner and Thompson, who are leaving the Senate, also looked ahead.

The two were responding to a question about whether the “Trump effect” – a wave of anti-establishment voters following Donald Trump – would affect the Florida elections. Gardiner said he expects experience to potentially be a liability for candidates this year, but also said any presidential year could be tough, though he noted plenty of Republicans won in districts carried by President Barack Obama in 2012.

“I think it’s not just the ‘Trump effect,” said Thompson, who is running for Congress rather than for re-election. ” I think it’s also Fair Districts, and the redistricting now that makes competitive seats out of what had for a long time not been competitive. There are projections in the Florida Senate the Democrats could pick up four additional seats.”

She cautioned that money will favor Republicans and could play a big role.

But she added, “I think there are possibilities, and I think Fair Districts is the reason for that.”

The comments came in a wide-ranging discussion that and the quartet express mostly satisfaction for results of the past session, and assessments of what passed, what died, and what likely would come back next year.

Gardiner predicted that the Seminole Tribe’s gambling compact blackjack provision would be back next year. He expressed frustration that this year the deal Gov. Rick Scott‘s administration had negotiated with the Seminoles got weighed down with issues of tax reductions for parimutuel outfits, notably race tracks.

He thought there might be a good chance that Florida could take up Medicaid expansion again next year, seeking a federal block grant to fund a plan similar to the one he championed in the Florida Senate in 2016.

He said he expected the guns on campus and open-carry proposals to return, though he didn’t sound disappointed that they died this year when Republican Sen. Miguel Diaz de la Portilla decided he would not hear them in the Senate Judiciary Committee he chaired.

“What I tried to do with my chairs is, I empowered them to make decisions. And when it came to guns on campus and open carry, my chairman, Miguel Diaz de la Portilla out of Miami, had a different view on it,” Gardiner said. “I wouldn’t have been criticized if I said, ‘Miguel you have to hear that bill.’ But that’s not how ran the Senate.”

He was less enthusiastic about the prospects of a bill to incentivize the movie industry to film in Florida, an initiative that Miller championed. He and Miller both agreed that financial incentives are out of favor in the Florida House.

“I do give Rep. Miller a lot of credit on that. He fought the good fight, and unfortunately we’re just heading in a different direction right now,” Gardiner said.