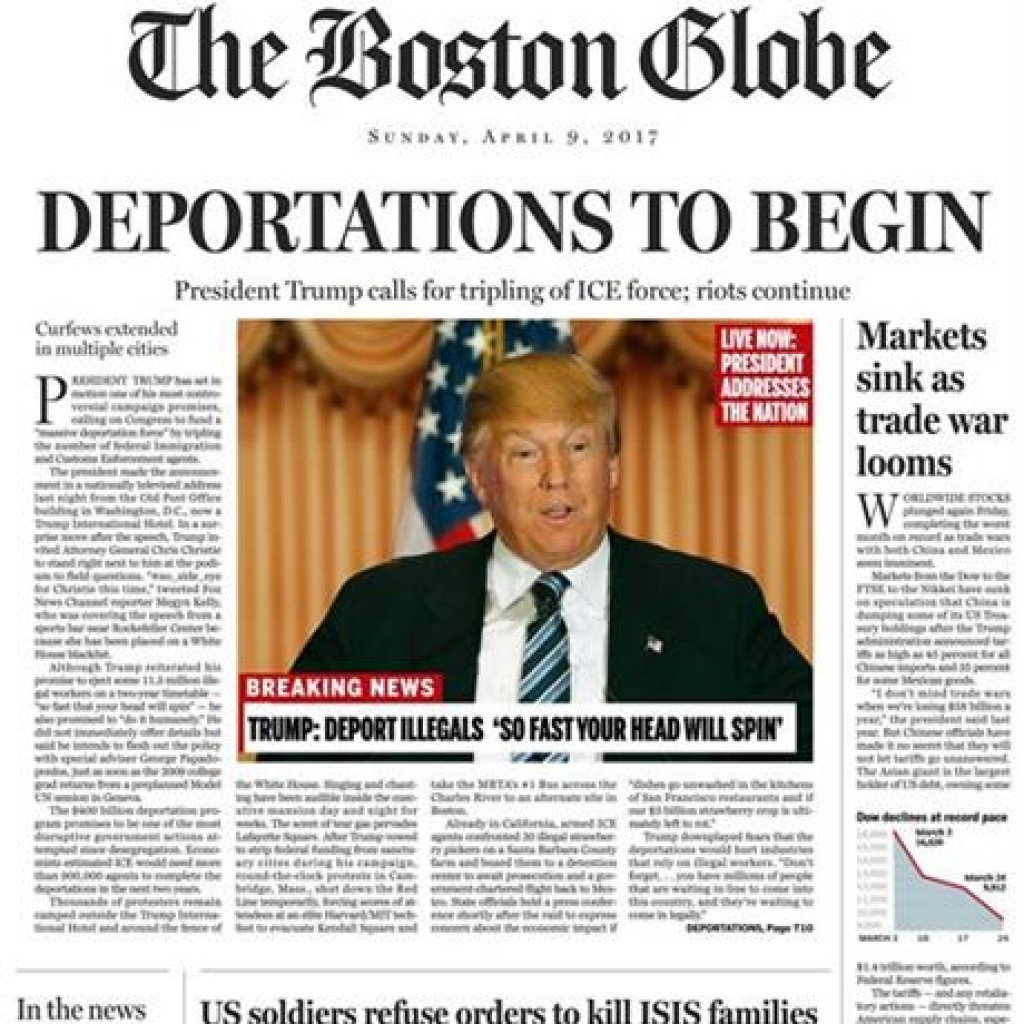 The editorial board of The Boston Globe is using a satirical front page to express its uneasiness with a potential Donald Trump presidency.

The newspaper has printed a satirical front page for its Sunday “Ideas” section. The page is dated April 9, 2017, and features a large photo of Trump below dominant headline that reads “Deportations to Begin.” The accompanying story has Trump calling on Congress to fund a deportation program amid protests.

Another article focuses on a plunging stock market. Some jokes are included, such as a mention of Yellowstone National Park being renamed for Trump.

In an editorial, the Globe calls the satire “an exercise in taking a man at his word.”

nextWant to be a delegate to the GOP convention? It's not easy