The Seminole Tribe of Florida, owner of Florida’s largest casinos, is trying to get a federal judge to block the publication of information related to a trial that could upend their businesses and to seal a key deposition until it can be redacted.

Tribal attorneys this week filed an emergency motion seeking to seal a deposition of the chief executive officer of the company that runs the Seminole casinos in Florida. A hearing on the motion could be held as early as Friday.

A copy of the deposition of Jim Allen, CEO for Seminole Gaming, had been turned over to POLITICO by the state Department of Business and Professional Regulation through a public records request.

The state of the Florida and the tribe are locked in a dispute over whether the Seminoles’ casinos can continue to have blackjack tables at their casinos including ones located in Tampa and Hollywood in South Florida.

The tribe filed the lawsuit last year after portions of a five-year gambling deal with the state expired.

The Associated Press has requested a copy of the deposition that was released to POLITICO. Agency spokeswoman Chelsea Eagle said the request was “under review” because of the ongoing lawsuit and that the agency would redact the document before releasing it.

Barbara Petersen, an attorney and president of the First Amendment Foundation, said the state has no legal authority to withhold the records from other media organizations.

“They let the horse out of the barn, they can’t now deny access,” Petersen said.

The motion asks the judge to block any further release of information from the deposition until the tribe can decide whether the material contains trade secrets. It contends that attorneys representing the state agreed to keep material confidential ahead of the trial that is now scheduled for October.

“Allowing third-parties to receive pretrial discovery materials prior to the tribe’s review and redaction of trade secret or confidential information will do nothing to advance the litigation, and would likely cause the tribe annoyance, embarrassment, and oppression,” the motion states.

It also states POLITICO “refused to comply with requests by both the tribe and the state of Florida to return the transcript and to permit the tribe to replace it with a version that is redacted and is actively threatening to publish the contents thereof.”

Barry Richard, an attorney who represents the tribe, downplayed the tribe’s motion. He said the state “inadvertently released” a transcript that included financial information that he maintains is confidential under the trade secret law.

“This is not a major case,” Richard said in an email. “The tribe and the state both requested POLITICO to return it so the confidential info could be redacted.”

Petersen said that under current law financial information is not included under the definition of trade secrets although the law is going to change later this year.

POLITICO LLC, the publisher of POLITICO, late Thursday filed a motion to intervene in the lawsuit in order to argue against the tribe. The court filing contends that the tribe’s motion is an “unconstitutional prior restraint on the news media.”

“The law is clear that the press cannot be punished for publishing information that was lawfully obtained and concerns a matter of public interest,” the motion states.

Gov. Rick Scott in December reached a new $3 billion deal with the tribe that would let them keep blackjack and add table games, such as craps and roulette.

The deal also allows for the addition of slot machines at a Palm Beach county dog track and also leaves an opening for another casino in Miami-Dade as well as create a path for existing tracks in that county and Broward to eventually add blackjack tables as well.

But the deal was rejected by the Florida Legislature during this year’s session that wrapped up in March as various interests – including the owners of existing tracks that compete against the Seminoles – pushed for changes that were not part of the initial deal approved by tribal officials.

The setback means that it could be the courts that ultimately decide what type of gambling will be allowed to continue in the state.

Reprinted with permission of The Associated Press. 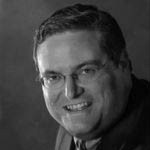