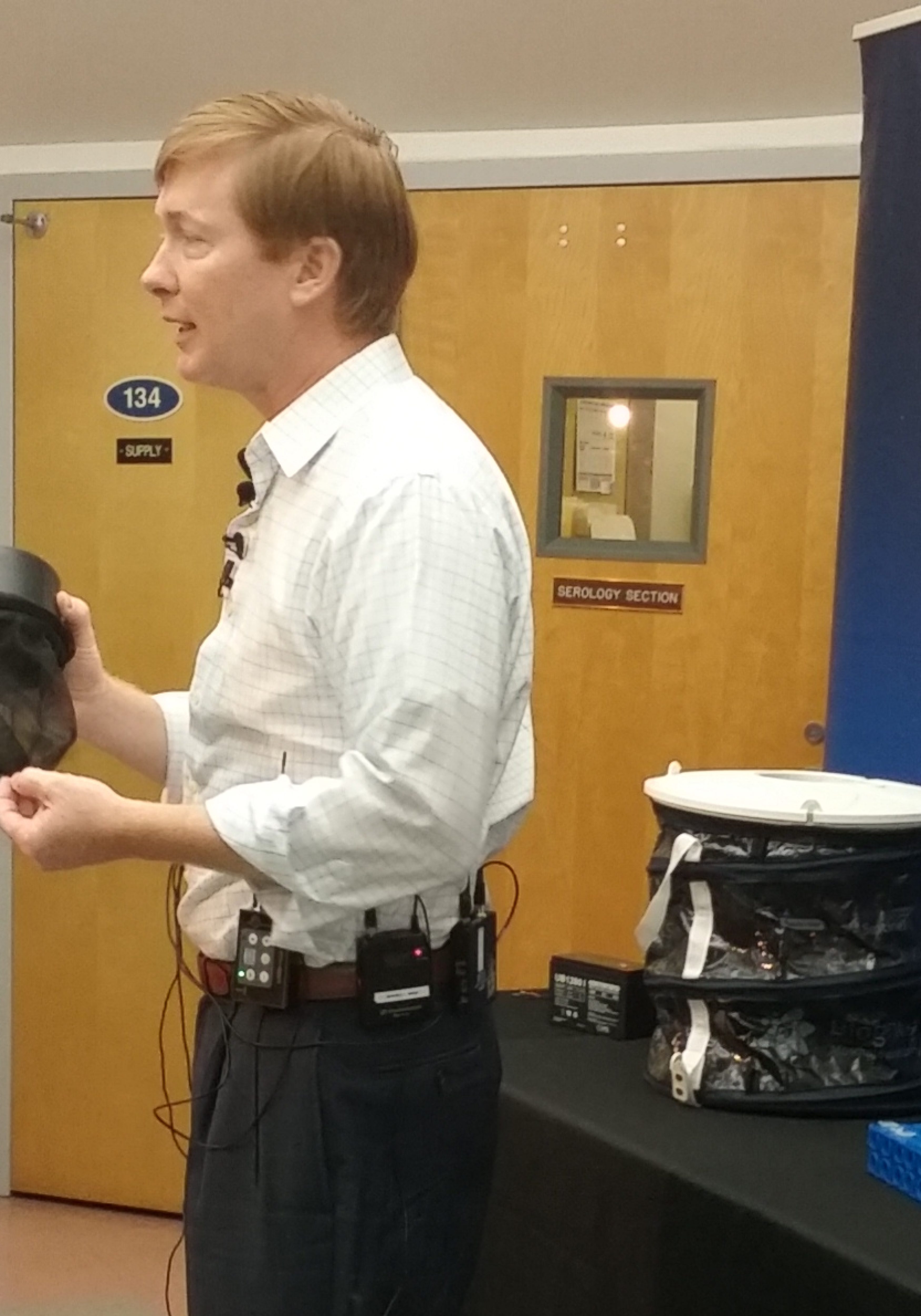 At the Bronson Animal Disease Diagnostic Laboratory in Kissimmee, trained scientists will work this summer to stop the spread of the Zika virus before it becomes a problem in Florida.

At a news event Thursday morning, Commissioner of Agriculture Adam Putnam said no Zika cases have originated in Florida yet. Although there are currently 158 cases of Zika in Florida, Putnam reassured that all of them were travel-related — none had originated here.

Putnam’s fear, however, was that a mosquito could bite an infected person and spread the virus from there.

So, he then displayed a trap intended to capture mosquitoes and test them for Zika.

It’s mostly a proactive measure, he said — to have early warning devices around the state.

“It’s important to have the traps,” he said. “So that if we see Zika virus enter the local population, we would know about it, as soon as possible, and then be able to fashion a response as quickly as possible.”

Putnam said they purchased over 300 traps. The traps will be set up in 56 of Florida’s 67 counties, Putnam said, with more traps set up depending on where the highest numbers of Zika cases are reported.

A scent in the traps will lure in specific species of mosquitoes that can carry the Zika virus, Putnam said.

The labs where the testing will take place are small and narrow, with glass tubes and enclosed areas so as not to contaminate samples. Even an open door could potentially disturb some of what goes on. According to Molecular Diagnostics Section Head Aissa Sylla, the lab work involves testing samples of mosquitoes for Zika and other diseases simultaneously.

The lab has three machines for analyzing samples, which allows for a quick turnaround time. The process takes about three hours total.

“We try to give the results in 24 hours, so they have enough time for the mosquito control to take action,” Sylla said.

The Zika virus has been called an epidemic by many leaders. Sen. Bill Nelson recently called on Congress to fund increased mosquito control in Florida as summer’s storms arrive. In particular, he singled out Osceola County, which is in dire need of more mosquito control funding.

On the ground in Osceola County is Terry Torrens, Mosquito Control director, who said she had been fielding calls from an extremely concerned public after five Zika cases were reported in the area — the most recent one just last week.

Torrens manages vector control for the county and said mosquito control there, as it is statewide, is strapped because of the state of emergency. She said many people were calling in now to request mosquito control at various residences, to ward off the perceived threat of Zika.

“We’re trying to hold down the fort here,” she said. “We’re managing more calls now than we usually do in a year. That number is only going to get worse as we head into the summer.”