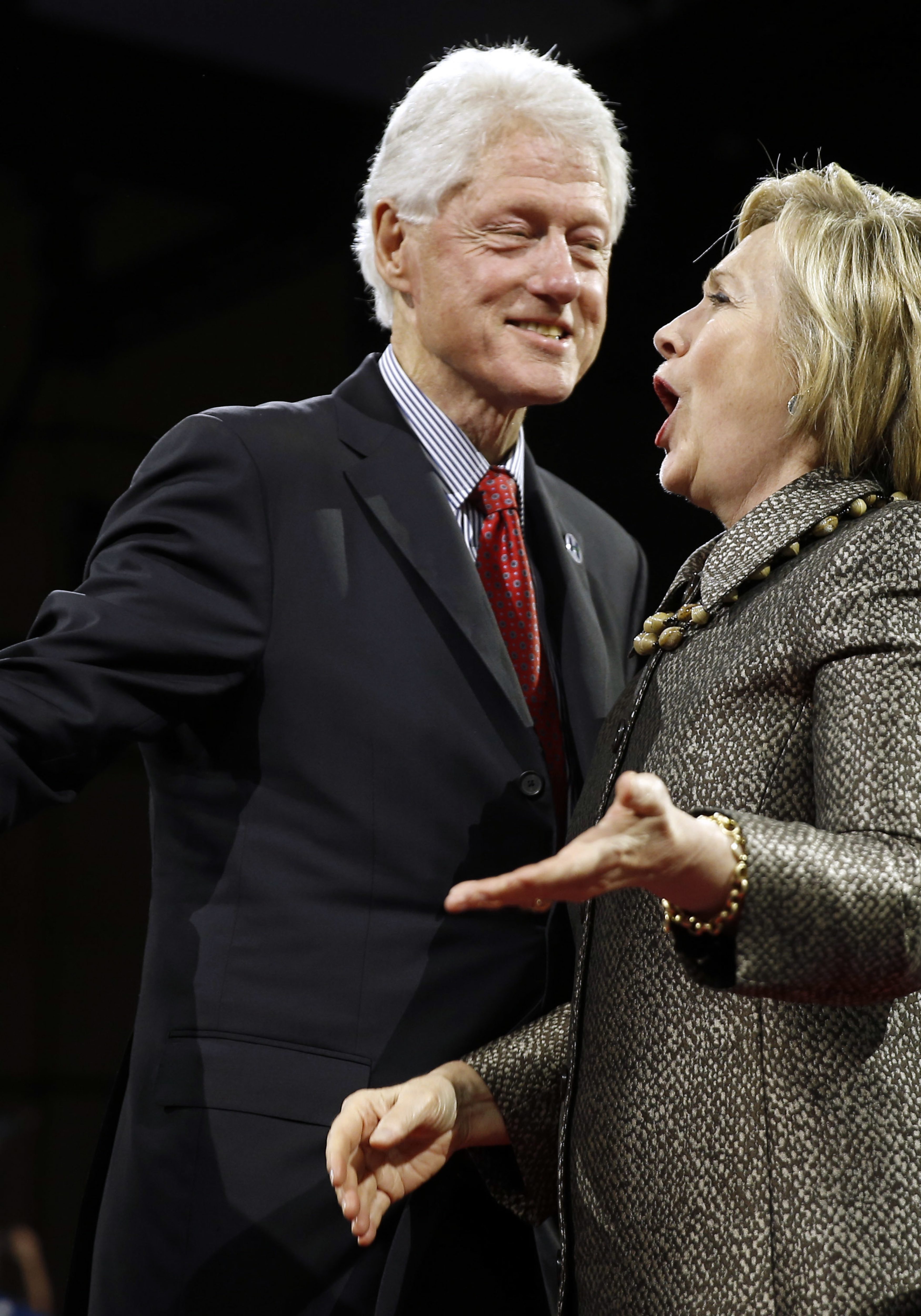 An additional 165 pages of emails from Hillary Clinton‘s time at the State Department surfaced Monday, including nearly three dozen that the presumptive Democratic presidential nominee failed to hand over last year that were sent through her private server.

The latest emails were released under court order by the State Department to the conservative legal advocacy group Judicial Watch. The batch includes 34 new emails Clinton exchanged through her private account with her deputy chief of staff, Huma Abedin. The aide, who also had a private email account on Clinton’s home server, later gave her copies to the government.

The emails were not among the 55,000 pages of work-related messages that Clinton turned over to the agency in response to public records lawsuits seeking copies of her official correspondence. They include a March 2009 message where the then-secretary of state discusses how her official records would be kept.

“I have just realized I have no idea how my papers are treated at State,” Clinton wrote to Abedin and a second aide. “Who manages both my personal and official files? … I think we need to get on this asap to be sure we know and design the system we want.”

The audit also cited a then-unreleased copy of a November 2010 email Clinton sent Abedin in which the secretary discussed using a government email account, expressing concern that she didn’t want “any risk of the personal being accessible.”

Clinton never used a government account that was set up for her, instead continuing to rely on her private server until leaving office in 2013. Though Clinton’s work-related emails were government records, she didn’t turn over copies until more than 30 lawsuits were filed, including one by The Associated Press.

Before providing her correspondence, Clinton and her lawyers withheld and subsequently deleted tens of thousands of messages that she claimed were personal, such as emails about her daughter’s wedding plans, family vacations, yoga routines and condolence notes.

With the new release Monday, more than 50 work-related emails sent or received by Clinton have since surfaced that were not among those she provided.

Clinton campaign spokesman Brian Fallon did not immediately respond Monday to a message seeking comment. Last week, Fallon told AP that Clinton had provided “all potentially work-related emails” that were still in her possession when she received the 2014 request from the State Department.

Fallon declined to say whether Clinton deleted any work-related emails before they were reviewed by her legal team.

Dozens of the emails sent or received by Clinton through her private server were later determined to contain classified material. The FBI has been investigating for months whether Clinton’s use of the private email server imperiled government secrets. Agents recently interviewed several of Clinton’s top aides, including Abedin.

As part of the probe, Clinton turned over the hard drive from her email server to the FBI. It had been wiped clean, and Clinton has said she did not keep copies of the emails she choose to withhold.

In a report released Monday by Democrats on the House select panel probing the 2012 attacks on a U.S. outpost in Benghazi, Libya, Republican congressional investigators asked questions about Clinton’s use of the private email server in interviews with her close aides.

Abedin told interviewers that she was aware of Clinton’s heavy use of private emails from the start and that Clinton continued a practice that she had developed as a U.S. senator for New York and as a 2008 presidential candidate. “It was a natural progression from what she was doing previously, and she continued to do so.”

Asked repeatedly who serviced Clinton’s private server in the basement of her New York home, Abedin identified Justin Cooper, a technology staffer at that time for former President Bill Clinton, and Bryan Pagliano, a State Department technology official who is cooperating with an FBI investigation of Clinton’s private server under an immunity deal with prosecutors. Abedin was hazy about Pagliano’s role at the agency and his private work overseeing Clinton’s server in New York.

Pagliano, who previously worked for Clinton’s 2008 presidential campaign, invoked his constitutional right against self-incrimination and declined to answer the committee’s questions. In a sworn deposition last week, Pagliano also refused to answer questions posed by lawyers from Judicial Watch, including who paid for the system and who else at the State Department used email accounts on it. Pagliano also would not answer whether he discussed setting up a home server with Clinton prior to her tenure as secretary of state, according to a transcript.

Other State Department officials told congressional investigators that Clinton never responded to internal offers to set her up with an official State account and an agency computer. Patrick Kennedy, the undersecretary for management at the State Department, said Clinton did “not know how to use a computer to do email. So it was never set up.”