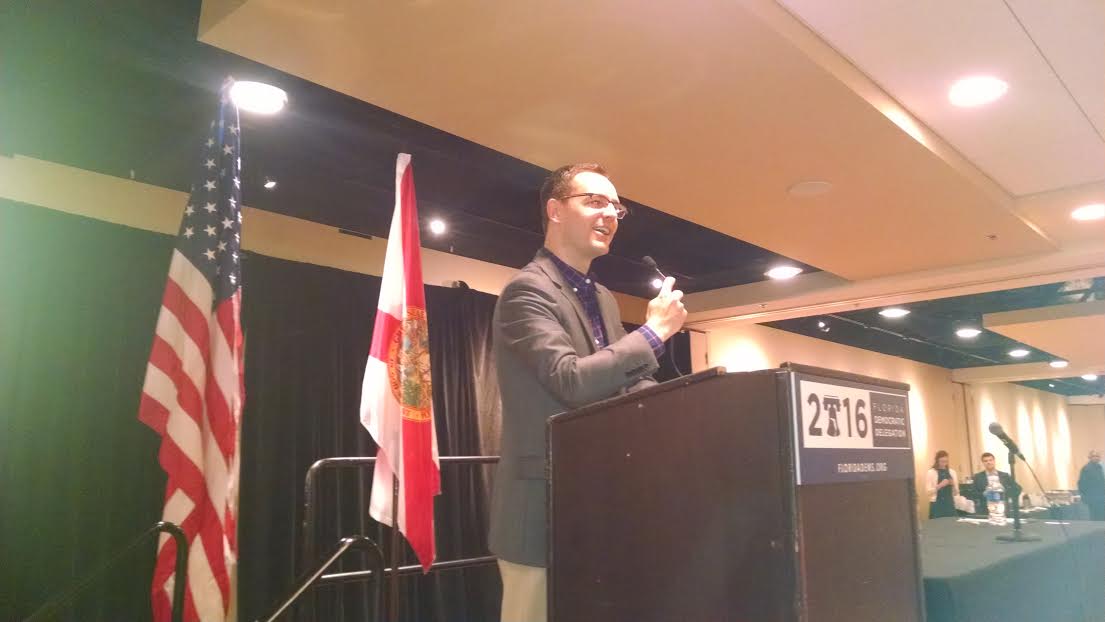 The man who will be nominated as the vice presidential candidate for the Democratic Party, Virginia Sen. Tim Kaine, made a surprise impromptu appearance before the Florida Democratic delegation breakfast Wednesday.

Unfortunately, this reporter didn’t see any of it, and doesn’t have any quotes to offer you. A massive slowdown on I-95 South going into downtown Philadelphia delayed the commute — but, actually, I wasn’t late. Kaine showed up before the 8:30 a.m. start time, before making the rounds, no doubt, to a few other delegation breakfasts, ginning up momentum for his acceptance speech tonight at the Wells Fargo Center.

Robbie Mook, Hillary Clinton‘s campaign manager, also made an appearance, and appeared to be mega-hyped up on caffeine — as are probably most people at the convention on Day 3 of the #DemsInPhilly.

“Let’s give it up for Bernie Sanders supporters!” Mook shouted out to the delegates. He then hollered leading questions to the crowd regarding winning more House seats, the U.S. Senate seat, and the presidential election.

Mook was effusive in his praise for Sanders and his team, and mentioned how the two candidates had worked together on a plan for college affordability as well as the party’s platform, “the most progressive” in the party’s history, he emphasized.

Repeating the whole “stronger, together” theme Democrats have been pounding into the consciousness of the public this week as their message leaving Philadelphia, Mook said that was why they would not be running the Hillary Clinton campaign in Florida, but instead would be heading up the “coordinated campaign in Florida.”

He said the campaign had over 100 offices up in Florida, and “we need your help. We need to house all these staffers. We need core volunteers. We need to sign people up to vote absentee. We need to get people out to vote early. President Obama won Florida by less than one percent. And we’re going to win on the ground by turning people out.”

And then he was off.