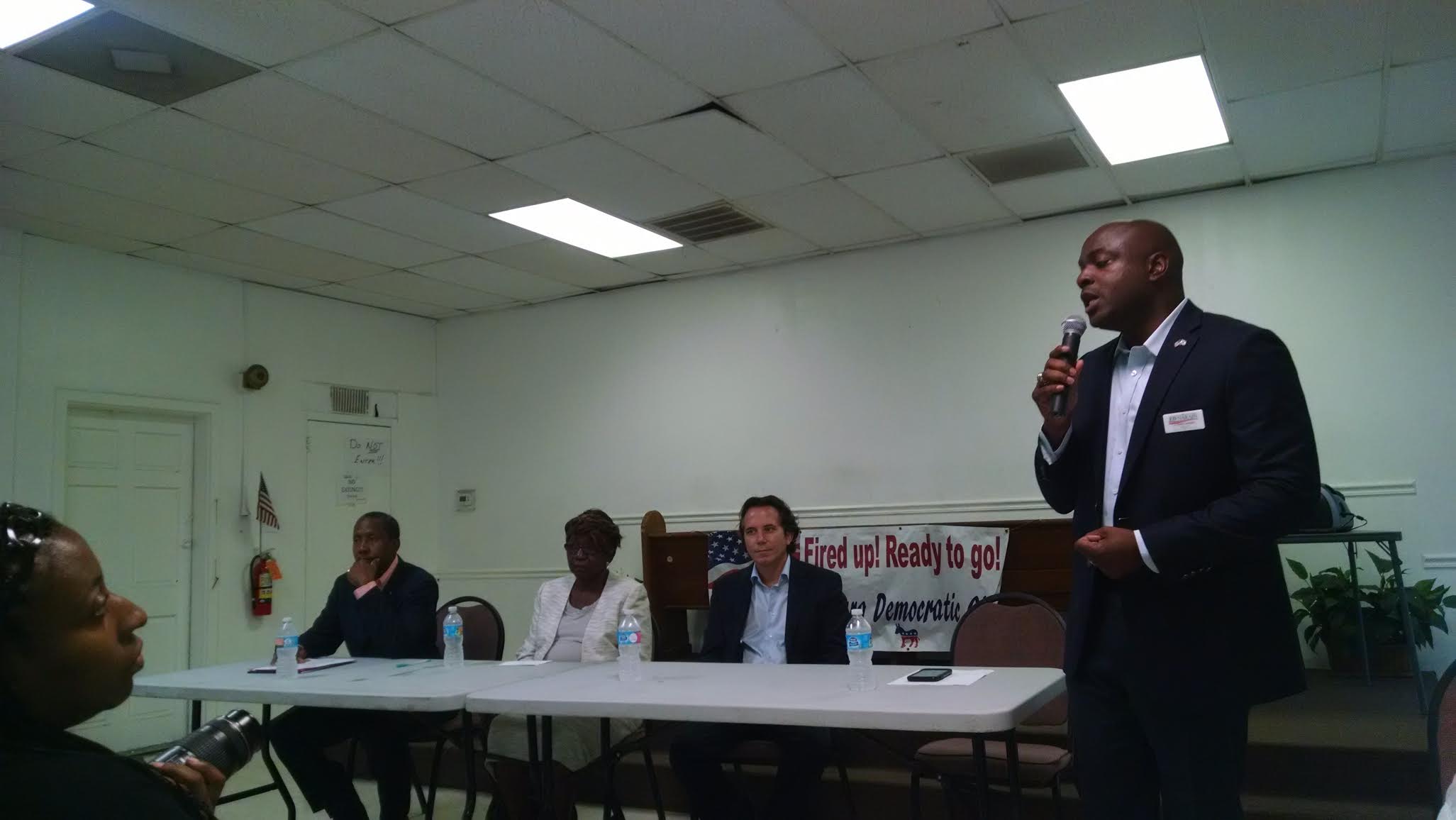 Ever since Augie Ribeiro entered the state Senate District 19 race in late June, Ed Narain has seemed to be personally offended by his campaign theme that he’s a Democrat “for all of us.”

“Is he implying that the people that have held the seat before didn’t represent everybody in the district?” Narain asked on Monday night while attending the Greater Tampa Chamber of Commerce’s “Hob Nob” at the Hyatt Hotel in Tampa. “He’s the one who’s playing divisive politics, and I’m going to take a stand against that in this race.”

Narain has the backing of much of the party’s establishment in the contest, which also features former state Representative Betty Reed and outgoing House District 70 Representative Darryl Rouson. He had been the most prolific fundraiser in the race but has subsequently watched as Ribeiro has poured hundreds of thousands of his own cash into his campaign — money that Narain derides as not being homegrown.

“Ninety-five percent of the money that Augie Ribeiro has raised in this race is from Connecticut, New York City and the Northeast,” he says. “This is a guy who’s pretending to be on the side of the people, that is basically is trying to buy his way into the Florida Senate. He is not an attorney. He is nothing more than a fraud.”

Ribeiro says he is a practicing attorney, but doesn’t solicit business or practice in Florida.

“I have spent my entire career as a civil justice lawyer standing up and fighting for hardworking middle-class families, minorities and those injured by the careless acts of others,” he says. “I currently work on mostly federal consumer protection cases, including claims against Big Pharma, BP and General Motors. I am committed to bringing my skills to Tallahassee to take on the kinds of entities that have taken advantage of the people in this district.”

Ribeiro, like Narain, was born in New York City, but most of the similarities end there. Narain moved to Florida when he was 16, and chastises Ribeiro for being a Johnny-come-lately on issues that pertain to Senate District 19, which includes some of the poorest parts of St. Petersburg and Tampa.

Ribeiro has spent much of his adult life living in Danbury, Connecticut, where he made millions of dollars by successfully taking corporations like BP PLC (in the Deepwater Horizon disaster) and General Motors (in the ignition switch defect case). He began visiting St. Petersburg a decade ago when he met his wife, Dr. Sarah Lind, who served as deputy mayor in the Rick Baker administration, but he didn’t move to St. Petersburg full-time until three years ago.

“I believe that the consumers in this district, the people who need it most, need someone who ‘s going to stand up, not take contributions from the insurance companies, the utility companies and the payday loan companies, because those are the companies that the leaders of this district need to regulate the most to protect,” Ribeiro says, adding that “it seems almost unfathomable to me that the leaders would subsidize or be funded by those industries that they have to regulate.”

Ribeiro says he’s outraged that Narain (and Rouson) have relied on so much corporate support for their candidacies, and he says that’s why he’s a better representative for the people of SD 19. His campaign says that Narain has raised more than $21,000 of contributions from utilities, insurance, and payday lenders.

Narain was similarly accused of being too corporate/GOP-friendly two years ago when he ran against Sean Shaw for the House District 59 seat, which he currently occupies. Shaw sent out a flier just a few weeks before 2014 primary that accused Narain of being a “Rick Scott Republican.”

“Yeah, I’m supported by business groups, but I’m also supported by the AFL-CIO, the West Central Florida Labor Council, the Police Benevolent Association — on both the Tampa side and the Pinellas side — we can go down the list: firefighters, FEA, labor and business together,” countered Narain. “I do not believe in divisive politics. It’s the reason why I was successful the last two years in Tallahassee.”

Narain has had some successes while working with the majority GOP House and Senate in his one and only term in office. Working with Brandon Senator Tom Lee, he procured a $1.2 million appropriation to move a Tampa Heights community center that was slated to be razed due to the upcoming construction of the Tampa Bay Express project. He also sponsored legislation to replace and remove the statue of Confederate Gen. Edmund Kirby Smith from the National Statuary Hall in Washington, D.C.

And Narain sponsored legislation that would provide up to $7,500 for funeral and burial expenses for the exhumed bodies at the Arthur G. Dozier School for Boys in Marianna. The school was closed down in 2011 amid accusations by former students of physical and sexual abuse.

On Monday night, the question was posed to Ribeiro — despite his financial largesse, could he break through to the voters in the area by Aug. 30, most of whom didn’t know he existed two months ago?

“After speaking with many local leaders in both Hillsborough and Pinellas, there seemed to be a real undercurrent for a Democrat with true progressive values, and I believe I’m filling that need,” insists Ribeiro. “I believe I was that candidate beforehand, and then in speaking to people and assessing the other candidates, I think that’s where we’re going. The next generation of this community deserves a progressive Democrat, and I believe that by far I surpass the other candidates in my commitment to progressive values.”