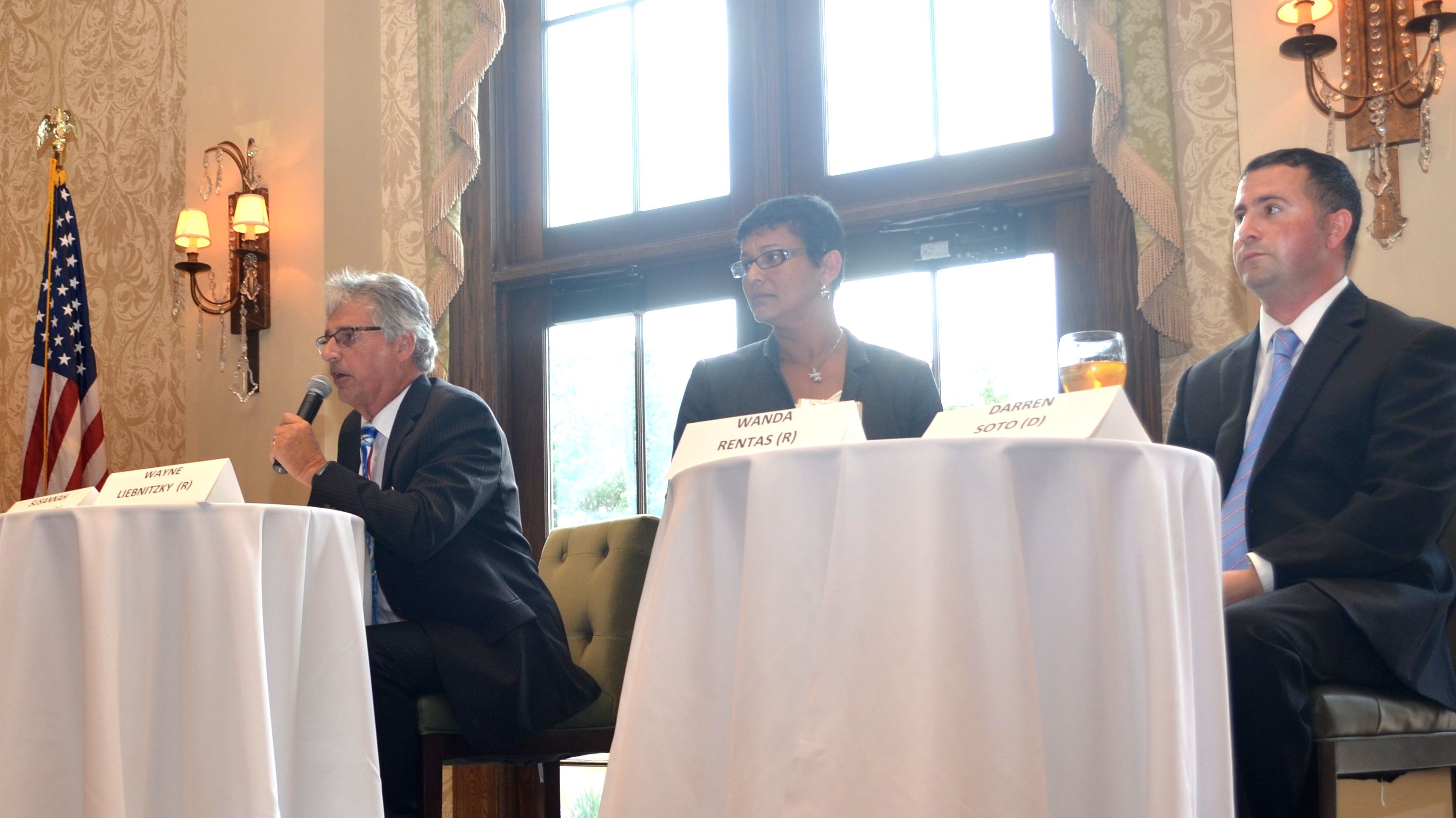 State Sen. Darren Soto has made no secret of his desire to become Florida’s first member of Congress of Puerto Rican descent, but on Tuesday he drove that home at an Orlando debate calling his opportunity “historic.”

Soto is one of four Democrats and two Republicans running in Florida’s 9th Congressional District, redrawn last year to include south Orange County, Osceola County and west Polk County. That is a region with a large Hispanic population, dominated by Puerto Ricans, and has been described as an “access” district for Hispanic voters, as defined by court decisions relating to the 1965 Civil Rights Act.

Soto, of Orlando, and Republican candidate Wanda Rentas are of Puerto Rican descent. At a debate of CD 9 candidates at the Tiger Bay Club of Central Florida Tuesday, Rentas insisted that is not important to her campaign. Not so, said Soto.

“Certainly the first goal of mine is making sure we get the kind of goals that we need done, which is why I opened up with our environment, our schools, health care, jobs,” Soto said. “But I would be remiss if I did not talk about how we are on this historic campaign: I’m trying to become the first person of Puerto Rican descent to be elected to Congress from Florida.

“There’s over a million of us. Think of the dreams of all those families and think of the culmination of this,” Soto continued. “The reason why it matters is because we understand issues specific to our community.”

Both Republican candidates, Kissimmee Commissioner Rentas and St. Cloud businessman Wayne Liebnitzky, showed up and offered subtle differences in priorities and depth of answers, but no clashes.

Rentas’ fervent pro-life beliefs led to debate, not with Liebnitzky nor Soto, but with a Tiger Bay member challenging her declaration that she would vote to cut funding to Planned Parenthood.

“So you have pap smear. You have a mammogram. Those things can be easily done in other health care facilities. I say Planned Parenthood should be that: planning for parenthood. But it’s not,” Rentas said. “It’s totally the opposite. I am opposed to abortion, I’m pro-life, and I don’t have any fear of saying it out loud. When you’re telling me we can’t take that funding and put it other areas to be utilized for the same purposes, but not Planned Parenthood, then I’m going to disagree with you on that.”

It wasn’t much of a debate on the Democratic side as Soto was the only one of four Democratic candidates to show up.

Neither Valleri Crabtree nor Dena Grayson ever accepted invitations. Crabtree, a business professor who has shown up at numerous other multi-candidate forums, said she had an important class Tuesday and her students couldn’t afford for her to miss it. Grayson rarely, if ever, shows up at candidates’ events. Her campaign simply said she had another scheduling conflict Tuesday.

The fourth Democrat, Susannah Randolph, who also has shown up at several previous multi-candidate forums, was a last-minute no-show. Her campaign said they had a scheduling screw-up, writing the Tiger Bay debate in on the wrong calendar date and sending her to another event Tuesday before they realized the mistake.

Tiger Bay leaders were not happy. Club President Eddie Fernandez angrily told the audience the club had twice received confirmations from “high-up” staff members in Randolph’s campaign. He urged the members to vote for one of the candidates who showed up.

With the Aug. 30 Democratic primary platform all to himself, Soto mostly stuck to issues, rather than sticking it to Randolph, Grayson or Crabtree. Randolph has a TV commercial out attacking Soto for his past gun control positions and NRA ratings, but Soto on Tuesday laid out his gun positions with no Randolph response.

Soto referenced Randolph’s ad indirectly, saying it spoke of his record in the Florida House of Representatives, several years ago.

“We need boundaries on the 2nd Amendment. We don’t have the right to carry military-style weapons. That’s not my opinion. That’s the United States Supreme Court,” he said. “I think what we saw with the Pulse nightclub shooting is we have a terror gap, we don’t have no-fly, no-buy. That’s why I led the charge, not only for the region, but for the entire state, to try to push for a special session. And this may be an appropriate thing for Congress.”

He also called for universal background checks and “some restrictions for buying firearms.”

The two Republicans strongly disagreed with Soto’s assessment that the 2nd Amendment needs to be limited. Both are gun owners, and Rentas even related why: because she was once carjacked at gunpoint.

“Vehicle accidents kill more people than guns,” Liebnitzky said. “Machine guns on the streets, no I don’t agree with that. But attacking the 2nd Amendment doesn’t make any sense.”

Liebnitzky lashed out at politicians who called for 2nd Amendment restrictions “on the same day” as the Pulse nightclub shooting. [Soto and other Democratic lawmakers from Central Florida called a press conference  for a Florida Legislature special session to address gun issues two days later.]

“I think that is a tragedy itself,” Liebnitzky said.

“Let’s enforce some of the laws on the books, and let’s address mental health issues,” he said.