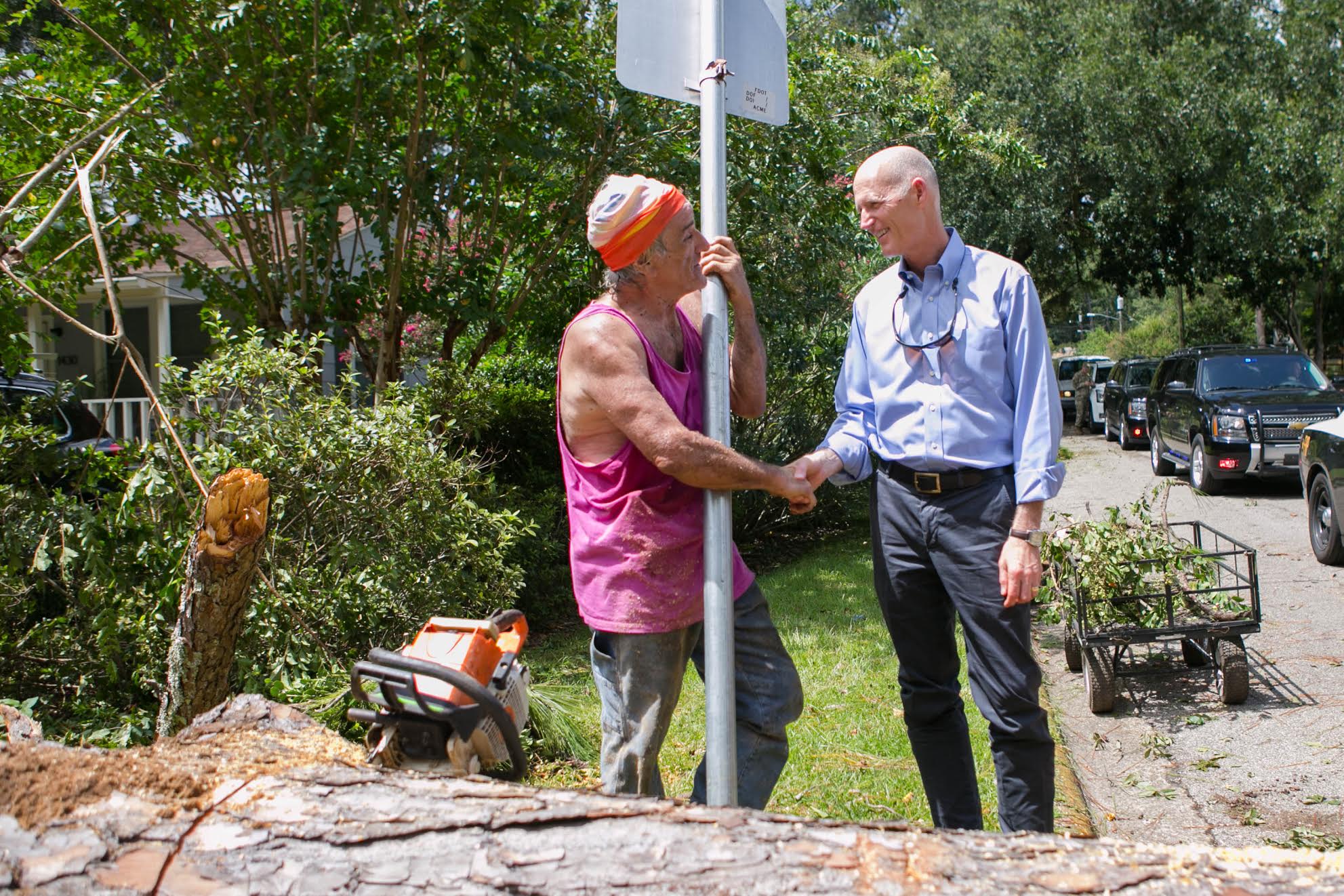 “It’s clearly something we can do. And, hopefully, that will accelerate when people get their power back,” he said. “We need to clean up our city. It’s a beautiful city. We need to get back to work.”

Meanwhile, U.S. Rep. Gwen Graham, whose district includes Tallahassee and much of the broader disaster zone, said she had asked President Obama to expedite approval of federal disaster aid.

“Hurricane Hermine and subsequent flooding have caused more damage than North Florida has seen in a generation,” Graham said in a press release. “We need all hands on deck to help Florida families recover. I hope the president will quickly approve any request by the governor for federal assistance.”

Scott has been critical of how Tallahassee city officials have been doing that job. As of Tuesday, he said, 12,000 utility customers in the city remained without power, five days after Hurricane Hermine.

But under questioning by reporters, he turned down chances to criticize city leaders. More important, he said, was to get the job done.

“We’re all in this together,” Scott said. We all have the same goal. We’ll figure out reimbursement — we’ll figure out who pays — after the fact. Because right now, we’re dealing with a crisis.”

Scott traveled on Tuesday to Wakulla and Taylor counties to assess storm damage, and was to meet with Tallahassee leaders Tuesday night to discuss the next steps in the recovery.

Since Sunday, he said, the Florida Department of Transportation has sent 15 work crews to Leon County and five to Wakulla County to help with the cleanup.

Update: Scott’s disaster recovery briefing with state and local officials lacked the drama of their last meeting Monday when the governor and Tallahassee Mayor Andrew Gillum had a testy exchange over how long it was taking the city to restore electric power.

Gillum said everybody had decided to focus on clearing downed trees and power lines.

“I felt we were able to speak honestly about our need to contain and bring down a degree of divisiveness or separation between our efforts and the state’s,” Gillum said.

“It seems that so many of our teams have been able to work much more collaboratively. It’s my hope that we continue in that spirit until we’ve got 100 percent of the folks certainly in Leon County back up and connected to electric utility power. Everybody’s just trying to get the job done.”