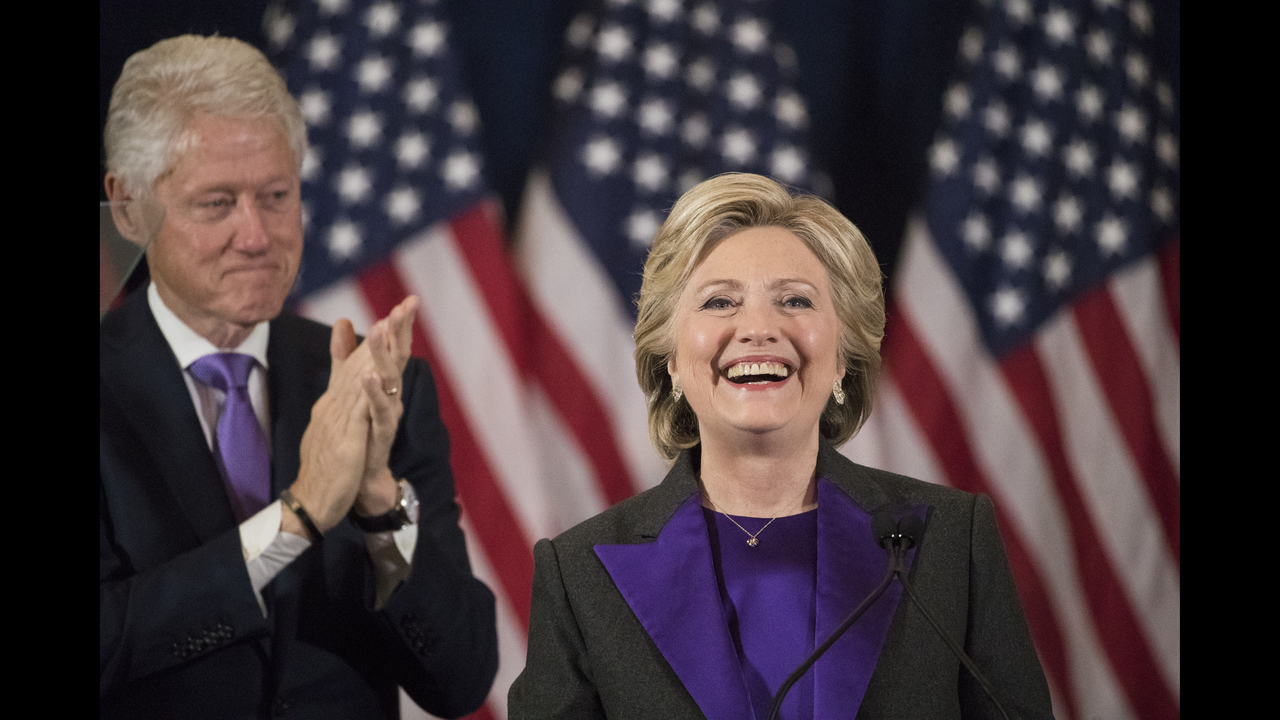 Hillary Clinton’s aides and supporters are urging dispirited Democrats to channel their frustrations about the election results into political causes — just not into efforts to recount ballots in three battleground states.

The former Democratic presidential candidate and her close aides see the recount drive largely as a waste of resources, according to people close to Clinton. The effort is being fueled by Green Party candidate Jill Stein, who’s formed an organization to try to force recounts in Wisconsin, Michigan and Pennsylvania.

“Believe me if there was anything I could do to make Hillary Clinton the next president of the United States I would,” said former Pennsylvania Gov. Ed Rendell, a longtime Clinton supporter. “But this is a big waste of time.”

Aides say Clinton is focused on moving past her unexpected defeat and has devoted little attention to the recount or thinking about her political future. She’s been spending time with her grandchildren and going for walks near her Westchester home. Sightings of Clinton hiking with her dogs and shopping at a Rhode Island bookstore went viral on social media.

“There have been a few times this past week where all I wanted to do was curl up with a good book and our dogs and never leave the house again,” Clinton said in an emotional speech at a gala for the Children’s Defense Fund, her one public appearance since her loss.

Former President Bill Clinton, meanwhile, has been poring over the election results, second-guessing decisions by top campaign aides and intensely trying to figure out how his wife lost the white working-class voters who were the base of his electoral coalition, say people familiar with the campaign.

Clinton’s team was aware of possible discrepancies soon after the election, telling top donors on a conference call four days after the election that they were looking into potential problems in the three states. But while many campaign staffers believe Russian hacking influenced the outcome of the election, blaming foreign actors for incursions into campaign and Democratic National Committee emails, they’ve found no evidence of the kind of widespread ballot box tampering that would change the results of the race — or even flip a single state.

Still, some dejected Clinton supporters have been unwilling to accept the results. Stein has raised $6.5 million for her recount campaign, according to a count posted on her campaign website on Tuesday. That’s nearly double the roughly $3.5 million she raised during her entire presidential bid.

Some former Clinton aides have asked frustrated supporters to donate their dollars to what they view as more constructive causes, like state parties or the Democratic candidate in Louisiana, where a Dec. 10 runoff will be the party’s last chance to pick up a Senate seat this year.

“I wouldn’t give a dollar to Jill Stein,” said Adam Parkhomenko, a longtime Clinton aide. “Volunteers, supporters and Democrats, they want to pick themselves up and get back out there. The best vehicle to do that is the Louisiana Senate race.”

Clinton’s team conducted an exhaustive investigation into the possibility of outside interference in the vote tally, tasking lawyers, data scientists and political analysts to comb over the results. They contacted outside experts, examined the laws governing recounts and double-checked all the vote tallies.

The campaign found no “evidence of manipulation,” wrote Marc Elias, the general counsel for Clinton’s campaign, in an online essay. But, he said, Clinton agreed to minimal participation in Stein’s effort, largely to make sure that her interests are represented. They put out a call for volunteers to monitor the proceedings and are relying on local lawyers to handle filings and other legal matters.

Clinton is under pressure to participate from her supporters, some of whom have struggled to accept the election results given her lead in the popular vote, which has grown to more than 2.3 million in the weeks after the Nov. 8 election.

“Now that a recount is underway, we believe we have an obligation to the more than 64 million Americans who cast ballots for Hillary Clinton to participate in ongoing proceedings to ensure that an accurate vote count will be reported,” Elias wrote.

Stein’s organization has also filed for recounts in six of Pennsylvania’s largest counties and says it plans to file a petition Wednesday demanding a Michigan recount.

“It’s election law malpractice to not have your lawyers sitting around the table with Jill Stein’s lawyers,” said Adam Ambrogi, elections program director at the bipartisan Democracy Fund. “It is just due diligence.”