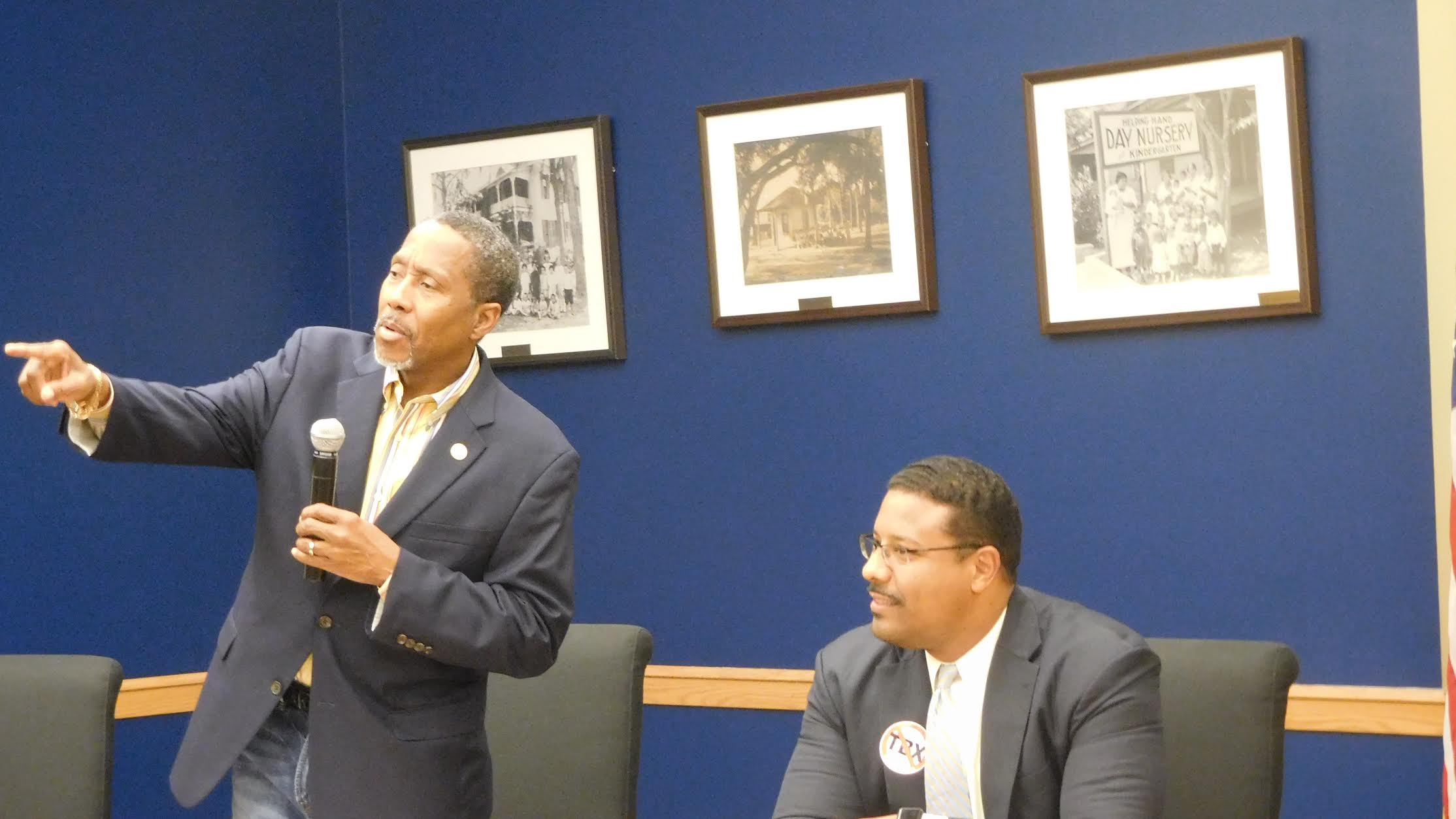 At a town-hall meeting in Tampa’s Ybor City, newly-elected Senate District 19 Democrat Darryl Rouson said he feels that, finally, a serious attempt at criminal justice reform is going to take place in the Florida Legislature in 2017.

“It’s my intention to change the Black Caucus this year so that all 28 members … really stand up and do something,” he said when queried by one new constituent, who told him that the only way to stop gun violence was to provide more job opportunities for young men.

“I believe the climate is good this year for true criminal justice reform,” Rouson continued. “And we’re going to work hard.”

The St. Petersburg Democrat added that it was “unfair” for the community to criticize lawmakers like himself for not doing enough regarding urban violence, “as if we’re not sensitive to this issue.”

Rouson met with approximately 120 of his new constituents in Tampa, where he was joined by House District 61 Democrat Sean Shaw in a joint meeting hosted by both local legislators. While Shaw represents much of Tampa and other parts of Hillsborough County, Rouson’s district encompasses that area and parts of  downtown and south St. Pete as well, making him the first lawmaker in this hybrid district to come from the Pinellas side in more than two decades. He narrowly defeated former HD 61 Representative Ed Narain by just 75 votes last month to take the seat which has previously been held in the past eight years by Arthenia Joyner.

One audience member questioned how criminal justice reform should move forward with the heavily GOP based Legislature?

“Because certain people are beginning in this phrase ‘smart justice,’ certain people are looking at the economic cost of incarceration and felonization of people to society and they haven’t looked at it like this before,” Rouson explained.

Senate President Joe Negron and St. Petersburg’s Jeff Brandes have spoken about tackling criminal justice reform in the coming year. But whether that happens or not remains to be seen. In the U.S. Senate, Kentucky Republican Rand Paul and New Jersey Democrat Cory Booker introduced the REDEEM Act (Record Expungement Designed to Enhance Employment) in 2014. The bill is focused on helping people who committed non-violent crimes better integrate into the community and find gain full employment to reduce the chance they will commit offenses in the future.

More than two years later, it has not come up for a vote in the U.S. Senate.

On the restoration of voting right for ex-felons, Shaw said he intends to prepare a bill that that will deal with that issue “on the front end.”

“I want to limit the categories of people who get their rights taken away up front,” he said.

Lynn Gray, a new Hillsborough County School board member, said she was concerned that the state was going to get “more involved” in school vouchers.

“I support a fully funded high quality public education for every child that fits their need,” Rouson immediately began before adding, “But one size does not fit all.”

He went on to say that parents deserve a choice, referring to how one of his boys who was born with cognitive deficits is struggling with IEP’s (Individualized Education Program) in public schools, because there’s no type of school that handles such kids in his school district.

“I believe that parents deserve choice, but we must require accountability, strict standards, we must lessen the testing that’s going on in public schools, while requiring certain things of our private charters and public charters,” Rouson said. “And there are there are 90,000 kids supported by Step Up and tax credit scholarships.”

Rouson, a noted anti-drug hawk, joked that no other senate district was in more support of the medical marijuana constitutional amendment that his SD 19. “So I’m taking a look at this,” he deadpanned.

Both men talked about how reducing gun violence, but admitted they didn’t have all the answers. “That’s one of the reasons why we’re here,” said Shaw. “We need your ideas too.”

Regarding Florida DOT Secretary Jim Boxold comment last week said there was time for a “reset” regarding the troubled Tampa Bay Express project, Shaw said,”I’m going to meet with the secretary and ask what the reset means. Regarding the TBX project itself, Shaw remains resolutely opposed to it.

“I think it’s bad. My district contains the homes that will be torn down, it contains the land that has already been sold. I’m absolutely against it.”

A number of other elected officials were in the room, including newly elected Hillsborough County School board member Tamara Shamburger and Lynn Gray, Tampa City Councilman Frank Reddick and District 70 Representative Wengay Newton, who was put to work passing the microphone to members in the audience who asked questions.

previousEqual Rights Amendment gets another introduction in Florida Legislature