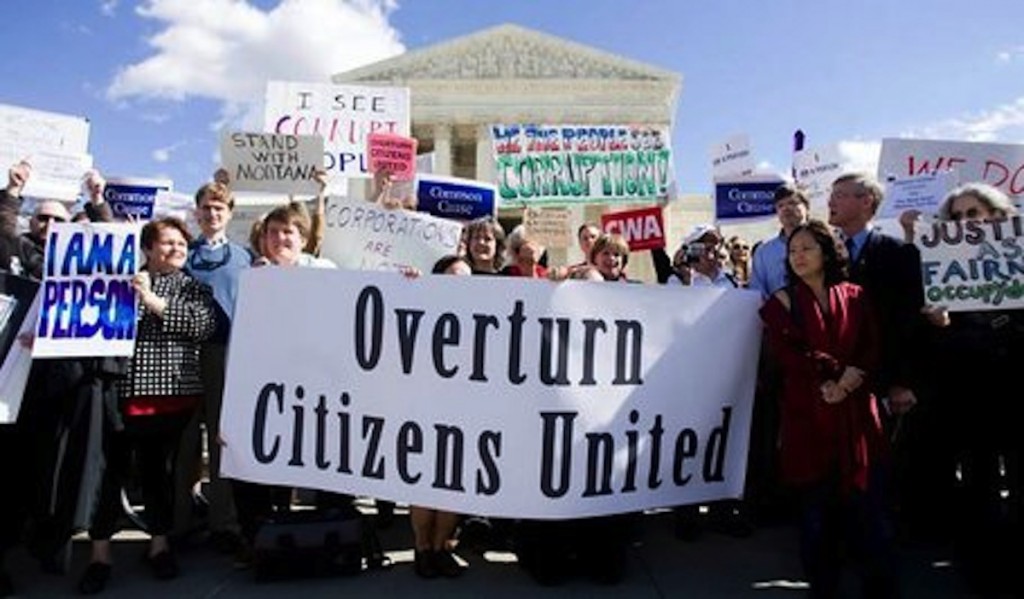 South Florida Representative Ted Deutch has joined a host of other Democrats in reintroducing the Democracy for All Amendment, a constitutional amendment aimed at getting big money out of politics. The amendment would affirm the right of the people to pass state and federal laws regulating spending in elections by essentially reversing the 2010 U.S. Supreme Court’s Citizens United ruling from 2010.

“The Supreme Court’s disastrous Citizens United decision reserved meaningful political participation for the rich and wealthy special interests,” Deutch said in a statement. “At every turn and on nearly every issue, from gun safety to climate change, unlimited political spending ensures that Congress is tuned in to the needs of special interests and tunes out the voices of the American people. It’s time to get money out of politics to guard our elections against a dangerous threat that erodes the faith of the American people in our democratic institutions.”

The Citizens United ruling tossed out the corporate and union ban on making independent expenditures and financing electioneering communications. It gave corporations and unions the green light to spend unlimited sums on ads and other political tools, calling for the election or defeat of individual candidates.

A progressive group called Move to Amend has been working since 2010 on trying to prepare statewide ballot initiatives and passed local resolutions to try to get a constitutional amendment to reverse the Citizens United decision.

Passing a constitutional amendment is incredibly difficult, which is why it has only happened 27 times in the nation’s 240-year history, the last time in 1992.

Nevertheless, other congressional Democrats and critics of Citizens United are cheering the reintroduction of the legislation.

“The 2016 election was supposed to be a call to ‘drain the swamp’ — because so many Americans are fed up with business as usual in Washington, where moneyed special interests drown out the voices of regular Americans,” said New Mexico Senator Tom Udall. “But instead of reform, President Trump has set out rewarding Wall Street insiders and billionaire donors with cabinet and other key positions in the new administration, and the ultra-wealthy and well-connected look to have more power than ever in determining the future of our democracy. Each year, because of Citizens United and subsequent decisions, the door has opened wider for rich special interests and corporations to pour unlimited sums of money into our elections and root themselves in our government. The only real way we can put our democracy back in the hands of all Americans, instead of a privileged, powerful few, is to amend the Constitution. Our Democracy for All Amendment restores the authority of the American people – through Congress and the states – to regulate campaign finance, so that our elections aren’t put up for sale to the highest bidder. Millions of people across the country and over a dozen state legislatures, including New Mexico’s, have voiced support for a constitutional amendment, and we must keep pressing forward to ensure a government that is of, by, and for the people.”

“Americans may be divided about many things, but they are united in their belief that the Supreme Court’s Citizens United v. FEC decision was a disaster,” said Robert Weissman, President of Public Citizen. “They know that the political system is rigged, and that Citizens United-enabled spending by corporations and the super-rich is a big part of the problem. It is past time to overturn this decision and get big money out of politics. Public Citizen thanks Rep. Ted Deutch and other sponsors of the Democracy for All amendment for their leadership in advancing this vital initiative.”

“Common Cause commends Congressman Deutch, Senator Udall, and many other members of Congress for their leadership in championing the Democracy for All Amendment to help reduce the influence of big money in politics,” said Aaron Scherb, Director of Legislative Affairs at Common Cause. “The Democracy for All Amendment would help ensure that the voices of all Americans can be heard in our democracy even if they can’t hire a lobbyist, make a large campaign contribution, or start a super PAC.”

“After the election, it’s clearer than ever that we need money in politics reform,” said Marge Baker, Executive Vice President of People For the American Way. “Super PAC spending during the 2016 cycle was nearly double what it was in the last presidential election. The voices of everyday Americans can’t be heard when wealthy special interests can tilt our elections to fit their interests. We applaud Senator Udall, Representative Deutch, Representative McGovern, Representative Raskin, and the other congressional champions who continue to push for needed reforms like the Democracy For All Amendment.”

“We applaud Members of Congress for re-introducing the Democracy For All Amendment to ensure that big money interests will no longer be able to dominate our elections and our government, drowning out the voices of ordinary citizens,” said John Bonifaz, President of Free Speech For People. “To advance the promise of political equality for all and to reclaim our democracy, Congress must pass this constitutional amendment and send it to the states for ratification.”