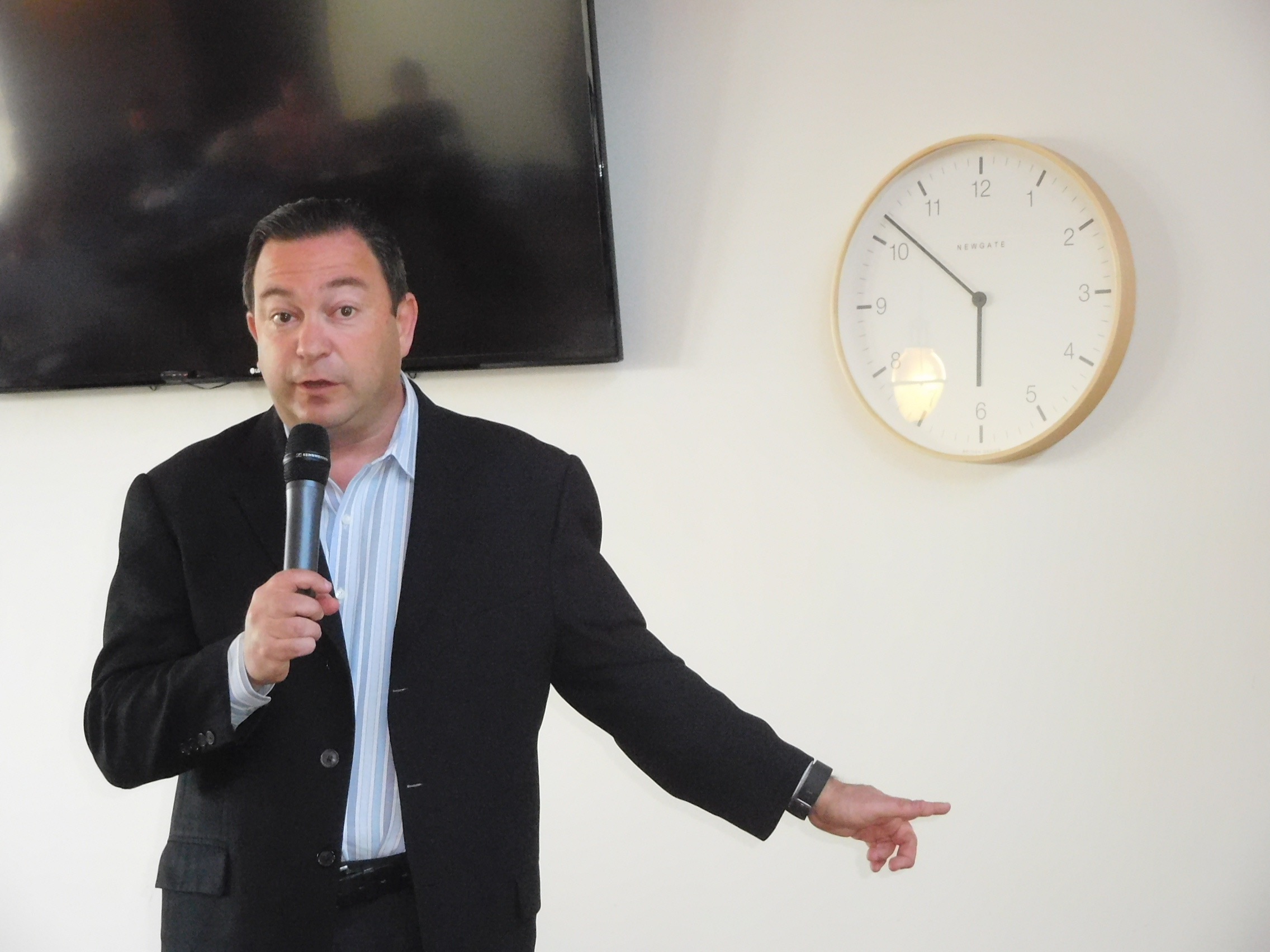 Broward Democrat Jeremy Ring isn’t officially a candidate for Chief Financial Officer, but he talked the part during a stop in Tampa on Friday.

Speaking at the Oxford Exchange as part of the Cafe Con Tampa weekly event, the former Yahoo executive introduced himself to the audience by humble-bragging about his private sector background, describing himself as the first salesman for the internet search engine company when he started there as a 24-year-old (he’s 46 now).

As proud as he was of his private sector career, Ring was self-deprecating when it came to his knowledge about politics when he decided to first run for the state Senate in 2006.

“I had never been to Tallahassee,” he says. “I barely knew that Jeb Bush was Governor of Florida. When I lived in Silicon Valley, Nancy Pelosi was my Congresswoman – I never heard of her (actually, Pelosi represents San Francisco, an hour north of Silicon Valley, which is located in Santa Clara County). All true. I was the least experienced candidate in the history of the state of Florida.”

The meat of his message is on making Florida an innovative economy, a theme he campaigned on during his first run for office a decade ago. And he’s produced results.

In 2008, he helped create theFlorida Growth Fund, which invests in state and local pension funds involving technology and high-growth businesses with a significant presence in the state, and the Florida Opportunity Fund, a multimillion-dollar program that directs investments to high-performing funds committed to seed early stage businesses.

Ring says that Florida has one of the most complete innovation “ecosystems” in the country, not that it’s something that many lawmakers know or understand.

“Most elected officials in Tallahassee will inspire you instead of becoming the next Steve Jobs or Mark Zuckerberg, they’ll inspire you to be the next homebuilder or land use attorneys,” he said. “The biggest thing that we’re lacking in this state to build an innovation economy is not the pieces. The pieces exist. It’s the culture. We don’t have the culture.”

Ring’s legislative record shows that he is definitely unorthodox compared to his Tallahassee colleagues. Last year he sponsored a bill that would make computer coding a foreign language option, an idea he received from his 14-year-old son. The bill failed, though St. Petersburg Republican Jeff Brandes is sponsoring it again this year (Brandes and Tampa Republican Representative Jamie Grant were singled out by Ring as understanding innovation).

Ring is adamant that the worst thing the state could do was to “starve our universities,” and he was critical of House Speaker Richard Corcoran’s new offensive scrutinizing state university foundations. And he said that Florida cannot afford to freeze college tuition.

He tends to think that lawmakers (and the press) are in a bubble in regards to the general public’s attention span. In describing the uproar over former House Speaker Steve Crisafulli pulling the House out of Session days before it was scheduled to end (only to have to come back in a special session), he says ,”Not a single person called my office caring about that. It just wasn’t relevant to their lives.”

Acknowledging that it’s like a cliche, but Ring describes himself as a fiscal conservative and a social liberal. And he is coldly realistic about his chances of success in capturing the CFO seat next year.

It would require raising an “incredible amount of money,” having a solid campaign team and essentially ignoring the Florida Democratic Party. The bigger challenge, he said, is that most Floridians don’t give a hoot about the CFO race, and that part of the campaign will be out of his control.

“What’s the Governor’s race going to look like?” he asked. “Is Donald Trump at one percent or 99 percent?”

nextSunburn for 3.13.17 - The FDP's next ED? A must-read on Steve Bannon; Voter fraud in Palm Beach?; Magic in the Capitol