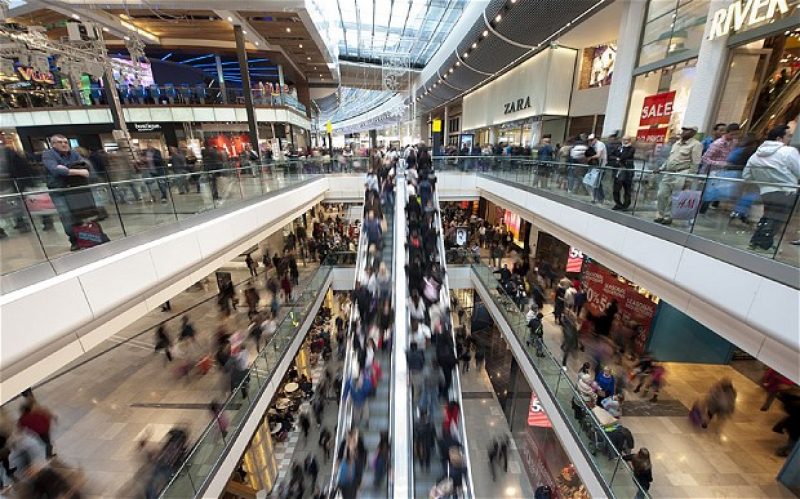 Consumer sentiment among Floridians rose last month to the highest level in 15 years, according to the latest University of Florida consumer survey.

The reading of 99 in March was the highest since March 2002 and the second-highest since November 2000. The 5.2-point increase in March followed a dip in February, which ended the month with a revised reading of 93.8.

All five of the components that make up the index increased.

Perception of one’s personal financial situation now compared with a year ago ticked up four-tenths of a point, from 88.1 to 88.5. Perceptions as to whether now is a good time to buy a major household item such as an appliance rose 3.8 points, from 99.7 to 103.5.

“The increase in these two components shows that current economic conditions improved among Floridians in March,” said Hector Sandoval, director of the Economic Analysis Program at UF’s Bureau of Economic and Business Research. “In particular, women and those under age 60 displayed more optimistic perceptions.”

“Overall, Floridians are far more optimistic in March than the previous month. The gain in March’s index came mainly from consumers’ future expectations about the economy. Importantly, these views are shared by all Floridians, independent of their demographic characteristics and socioeconomic status,” Sandoval said. “These expectations are particularly strong among women and those with an income under $50,000.”

Consumer sentiment at the national level also remained positive in March at 96.9, according to the University of Michigan’s survey of consumers.

In Florida, consumer sentiment may have been lifted by good economic news. The Florida labor market has continued expansion, adding jobs on a monthly basis for more than six years.

According to the U.S. Bureau of Economic Analysis, Florida ranked third of all states in the country in personal income growth, with a growth rate of 4.9 percent in personal income between 2015 and 2016. The main contributor to this change came from net earnings, which includes wages, salaries and supplements but excluding contributions for government social insurance.

Nationwide, economic activity and the labor market has continued to expand and strengthen, and household spending has risen. As a consequence, last month the Federal Open Market Committee decided to raise the federal funds rate to a target range of 0.75 to 1 percent.

“In general, the economic outlook is very positive and the positive sentiment will aid the economy to expand even further,” Sandoval said.

Conducted March 1-30, the UF study reflects the responses of 507 individuals who were reached on cellphones, representing a demographic cross-section of Florida.

Details of this month’s survey can be found at www.bebr.ufl.edu/csi-data. 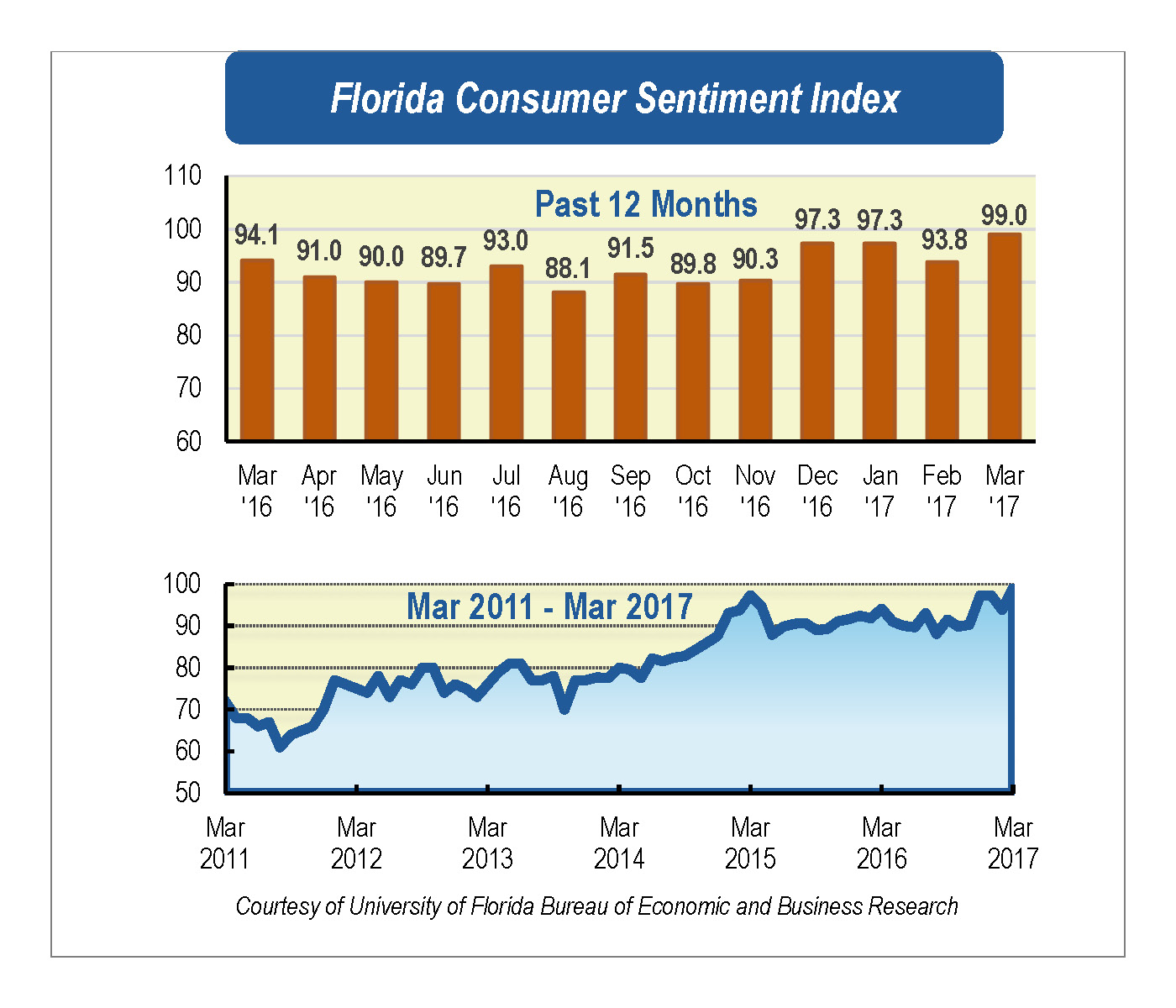