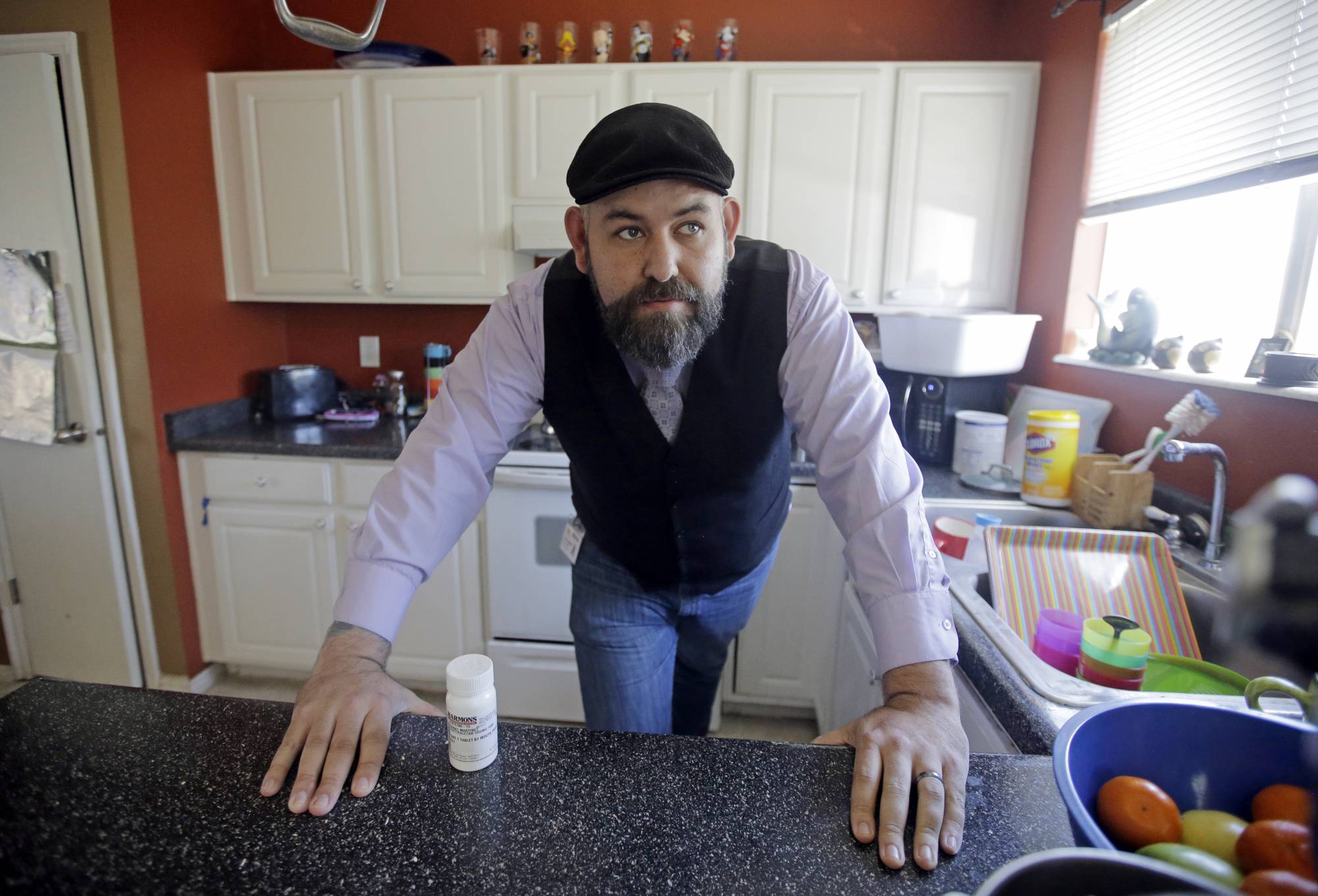 A New Orleans attorney with multiple sclerosis fears he’ll be forced to close his practice if he loses coverage, while a Philadelphia woman with asthma is looking at stockpiling inhalers.

The Republican health care bill pushed through the House on Thursday leaves those with pre-existing conditions fearful of higher premiums and losing coverage altogether if the Affordable Care Act is replaced.

The bill sets aside billions of dollars more to help people afford coverage, but experts say that money is unlikely to guarantee an affordable alternative for people now covered under a popular provision of the existing law that prevents insurers from rejecting them or charging higher rates based on their health.

What happens to those with pre-existing conditions under the Republican plan remains unknown.

Several people unsettled by the prospects expressed these concerns.

Jake Martinez said he’s worried about getting health insurance in the future because he has epilepsy, considered a pre-existing condition by insurers.

For the last several years, he, his wife and their three children have settled into a comfortable place using health insurance under the Affordable Care Act. But now the Murray, Utah, residents are worried about what may happen with this new health care bill.

“Today, it really kind of sunk in that not only are we not going to potentially have health care coverage but that it was done as a political win rather than a well-thought-out plan,” said Martinez, a 32-year-old former chef who’s studying social work. “That’s what stings about it.”

Shortly after being diagnosed with type I diabetes, Amanda Perkins learned about the perils of pre-existing conditions when she starting trying to buy health insurance.

Now she worries that protections under the Affordable Care Act that made sure certain essential health benefits, like insulin prescriptions, could be eliminated.

The new Republican plan would let some states allow insurers to charge higher premiums for people with pre-existing conditions, but only if those people had a lapse in insurance coverage. Supporters say those states would need to have programs in place to help people pay for expensive medical treatments, including high-risk pools.

But Perkins said Kentucky’s previous high-risk pool had a 12-month waiting period and was too expensive for her.

“I bought a house just a couple of months ago. Will it come down to me paying my mortgage payment or paying my health insurance so I don’t have a lapse in coverage?” said Perkins, an attorney for a small firm in Lexington, Kentucky.

Janella Williams has a rare neurological disorder that forces her to receive expensive IV drugs every seven weeks. Without it, she would not be able to walk.

Williams, who owns her own graphic design company in Lawrence, Kansas, pays $480 under an Obamacare plan. It keeps her out-of-pocket maximum at $3,500 a year and provides her coverage despite her pre-existing condition.

“I’m terrified of becoming disabled. If I’m being completely honest, I’ve thought of ending my life if it comes to that,” she said.

High-risk pools run by the state are not the answer, she says. The Republican plan would also bring back lifetime caps on coverage, which Williams says she would meet after only her first IV treatment. She and her husband both work full time, but wouldn’t be able to afford the roughly $600,000 a year her treatments cost once the cap is met.

“I have really lost my faith in humanity,” she said. “It’s terrible how little we care for the sick.”

John Thompson credits his survival in large part because he bought a family insurance policy through the Affordable Care Act marketplace.

Thompson, of Greensboro, North Carolina, was laid off in 2013, lost his employer-backed insurance and diagnosed with cancer during the year he was unemployed.

If the House proposal allowing insurers to make coverage for pre-existing conditions unaffordable takes hold, he fears his cancer history will make him uninsurable if he would lose his current job as a retirement financial adviser.

“Like many of us here, whether you have asthma or a heart condition or diabetes or like me, cancer, any type of pre-existing condition, you go back to the way it was before, you give insurance companies carte blanche to do their underwriting and to exclude you,” Thompson said.

Shelby Jehlen, of New Port Richey, Florida, was diagnosed six years ago with leukemia and says she wouldn’t be able to afford insurance if she lost her roughly $400 a month subsidy.

Jehlen saves about $1,000 every three months to see her cancer doctor under her Obamacare plan, but still pays about $1,500 for the check-ups.

She was forced to quit work because of all the X-rays and other chemicals she was exposed to daily as a veterinary assistant and now cuts corners, sacrificing phones and school activities for her two teen daughters, to afford the monthly premiums. The stress has caused her to struggle with depression and anxiety.

“Absolutely, I’m scared. I’m worried I’m going to have to figure out what I’m going to do with all my side effects with my leukemia if they take this away from me,” she said.

Adrienne Standley has been preparing for the possibility of losing her insurance since President Donald Trump took office.

Three days after the inauguration, she set up an appointment for a birth control implant so she would be covered for four years, no matter what happens.

The 29-year-old operations director at a start-up apparel business in Philadelphia also has asthma and attention deficit disorder.

“I’m looking at stockpiling, making sure I have an inhaler,” she said. “I’m pretty scared to lose coverage.”

John S. Williams says he’ll be forced to close his practice and find a job with a group insurance plan if he’s longer covered under the government’s health care plan

The New Orleans attorney has multiple sclerosis, a neurological disease for which medication alone costs $70,000 a year. He buys insurance for himself on the individual marketplace, and the Affordable Care Act has made that possible, he said.

“We always hear about job growth and business creation — being able to have affordable health care drives that,” Williams said. “Because of the ACA, I am able to employ people and help the economy grow.”