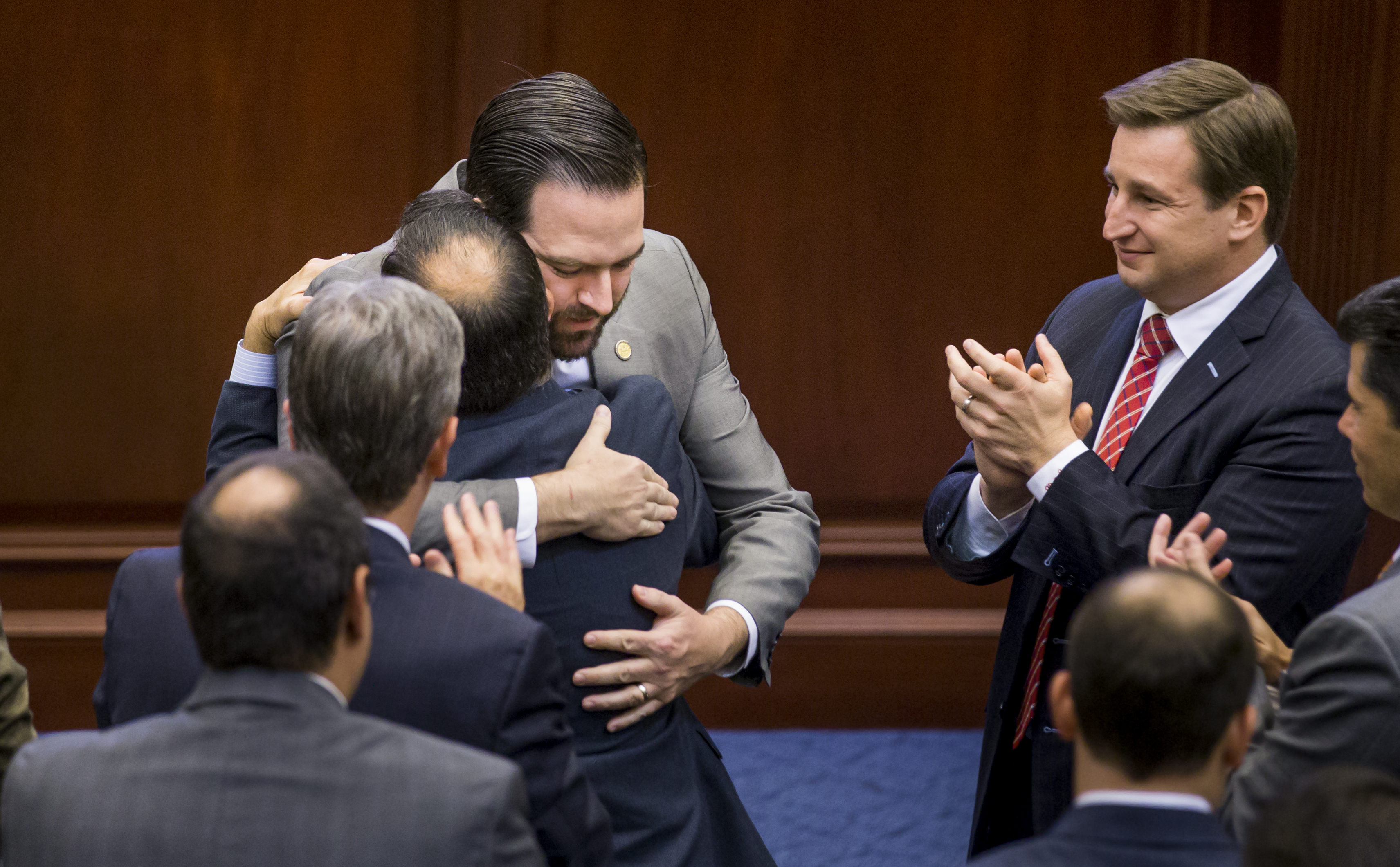 TALLAHASSEE, FLA. 5/8/17-Rep. Jose Felix Diaz, R-Miami, center, receives applause and hugs from a group of colleagues including Reps. Jose Oliva, R-Miami Lakes, right and Jason Brodeur, R-Sanford, second from right, after making his farewell speech to the House during what is expected to be the final day of the extended 2017 legislative session Monday at the Capitol in Tallahassee. COLIN HACKLEY PHOTO

The Florida Chamber of Commerce is throwing its support behind Rep. Jose Felix Diaz in the special election to replace Sen. Frank Artiles in Senate District 40.

The race for the GOP nomination is expected to be a bitter and expensive battle, with outside groups pouring thousands upon thousands of dollars into the race.

A government law attorney at Akerman, Diaz was first elected to the Florida House in 2010. He is currently the chairman of the House Commerce Committee, and has been the chamber’s point person on gambling legislation in recent years.

Diaz most recently earned the Chamber’s backing in 2016, when he ran for re-election in House District 116. The 37-year-old Miami-Dade Republican has resigned his House seat, effective Sept. 26, to run in the special election.

“If you ask the residents of District 40 what their biggest issues are – the answer is clear – jobs and the economy. The Florida Chamber of Commerce represents the biggest job creators in Florida, and I am honored to have their support for my State Senate race,” said Diaz in a statement. “I am proud of my record in support of low taxes and a responsible regulatory environment that both promotes sustained economic growth and protects consumers.”

The special primary election is July 25, with the special general election scheduled for Sept. 26.