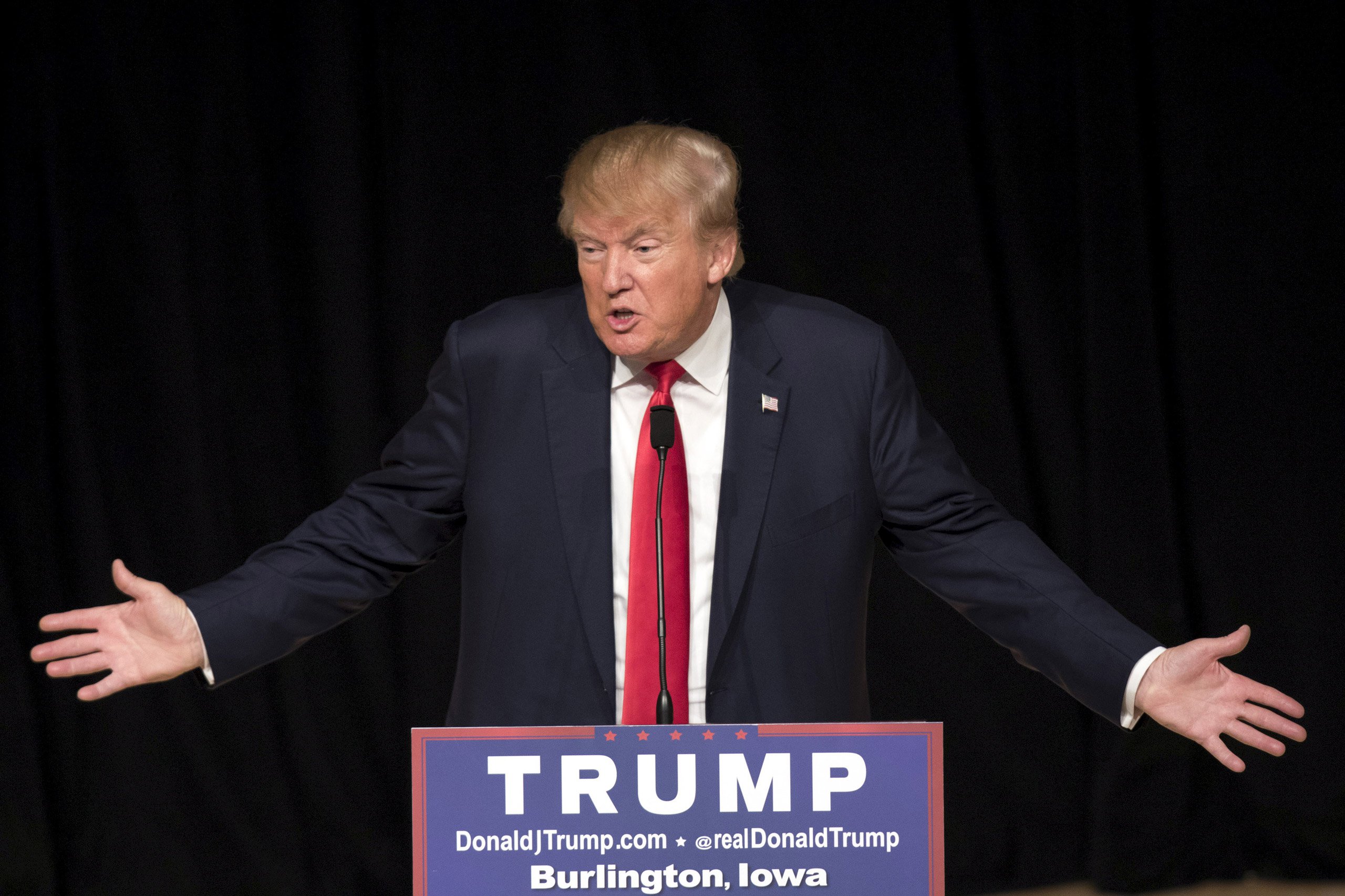 Unaffiliated voters make up the largest percentage of the electorate in the Midwest state that backed Trump in 2016, after lifting Democrat Barack Obama to the White House in party caucuses and two straight elections. Ahead of Trump’s visit to Iowa Wednesday, several independents who voted for Trump expressed frustration with the president.

It’s not just his famous tweetstorms. It’s what they represent: a president distracted by investigations into Russian meddling in the 2016 election and a court battle over his executive order barring refugees from majority-Muslim countries at the expense of tangible health care legislation and new tax policy.

“He’s so sidetracked,” said Chris Hungerford, a 47-year-old home-business owner from Marshalltown. “He gets off track on things he should just let go.”

And when he does spout off, he appears to lack constraint, said Scott Scherer, a 48-year-old chiropractor from Guttenberg, in northeast Iowa.

“Engage your brain before you engage your mouth,” Scherer advised, especially on matters pertaining to investigations. “Shut up. Just shut up, and let the investigation run its course.”

Scherer said he would vote again for Trump, but pauses a long time before declining to answer when asked if he approves of the job the president is doing.

Cody Marsh isn’t sure about voting for Trump a second time. The 32-year-old power-line technician from Tabor, in western Iowa, says, “It’s 50-50.”

Unaffiliated, or “no party” voters as they are known in Iowa, make up 36 percent of the electorate, compared with 33 percent who register Republican and 31 percent registered Democrat. Self-identified independents in Iowa voted for Trump over Democrat Hillary Clinton by a 13-percentage-point margin last year, according to exit polls conducted for The Associated Press and television networks

They helped him capture 51.8 percent of the overall vote against Clinton.

Nationally, exit polls showed independents tilted toward Trump over Clinton by about a 4-percentage-point margin in November, but an AP-NORC poll conducted in June found that about two-thirds of them disapprove of how he’s handling his job as president.

In North Carolina, Republican pollster Paul Shumaker says he has seen internal polling that has warning signs for his state, where Trump prevailed last year. Independent voters are becoming frustrated with Trump, especially for failing so far to deliver on long-promised household economic issues such as health care, said Shumaker, an adviser to Republican Sen. Richard Burr.

Inaction on health care and any notable decline in the economy will hurt Trump’s ability to improve his numbers with independents, with broad implications for the midterm elections next year, Shumaker said. At stake in 2018 will be majority control of the House. A favorable map and more Democrats up for re-election make the GOP more likely to add to its numbers in the Senate.

“How the president and members of Congress move forward and address the kitchen-table issues facing the American voters will determine the outcome of the 2018 elections,” he said.

In Iowa Wednesday, Trump will be rallying his Republican base in Cedar Rapids.

Earlier this month, Vice President Mike Pence attended Republican Sen. Joni Ernst‘s annual fundraiser, where he talked about job growth and low unemployment since the start of the year, although economists see much of it as a continuation of Obama policies.

Trump has only been in office five months.

It’s a message the Republican establishment is clinging to, especially those looking ahead to 2018.

Gov. Kim Reynolds, installed last month to succeed new U.S. Ambassador to China Terry Branstad, said last week of Iowa voters: “I think they are confident that President Trump and this administration are doing the job that they said that they would do, going out there and making America great again.”

But Trump has to worry about people like Richard Sternberg, a 68-year-old retired high school guidance counselor from Roland, in central Iowa, who voted for Trump. But is Sternberg satisfied? “Not completely.”

He is bothered by Trump’s proposed cut to vocational education, an economic lift for some in rural areas.

“Trump speaks before he thinks,” Sternberg said. “He doesn’t seem to realize what the president says in the form of direct communication or Twitter carries great weight and can be misconstrued if not carefully crafted.”