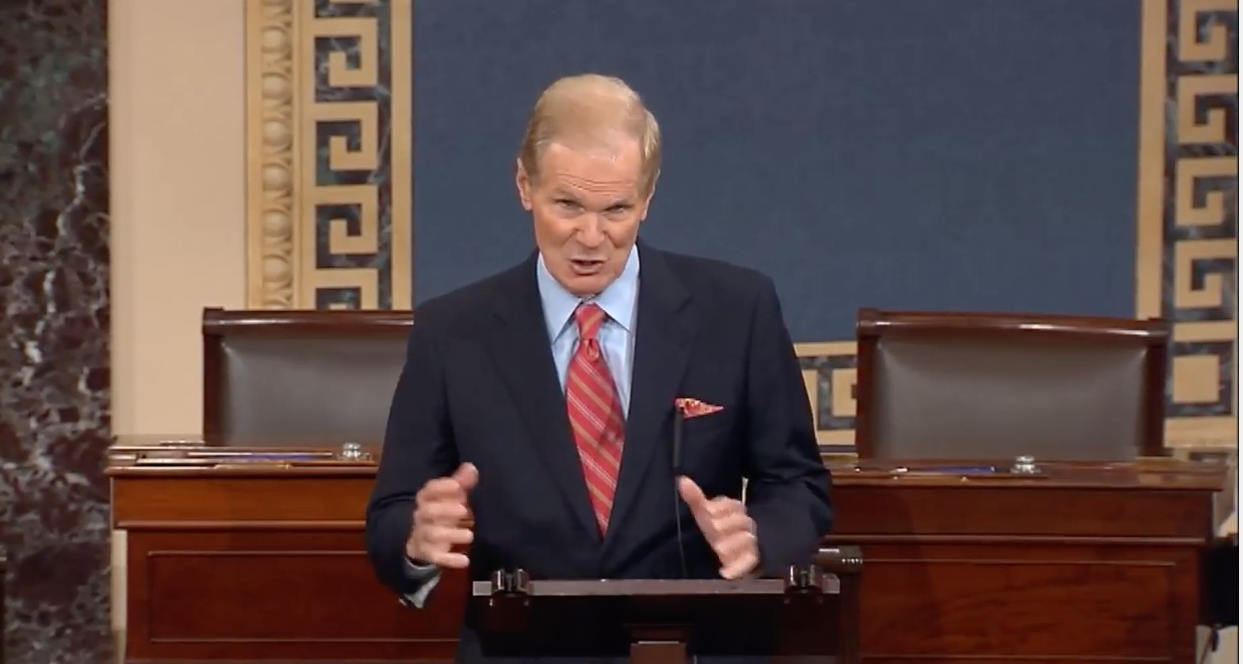 Bill Nelson took to the floor of the U.S. Senate Monday to decry what he calls a “war on science.”

At the same time, the Florida Democrat all but called out Rick Scott as a climate change denier.

Nelson is looking at a likely challenge from Florida’s governor and his speech was undoubtedly an indication of the tactics he may use when that campaign cranks up.

Nelson took aim at a bill sponsored by Naples House Republican Bryon Donald that will allow anyone in the state to challenge and possibly change what kids are learning in public schools. The senator said he feared that could chill discussion on climate change in Florida schools.

“Sea-level rise in South Florida is a fact,” he began.

“But if there are some who object to that climate science, then, under this new law just signed by the governor, they are going to be able to object to that subject being taught in our public schools and a single hearing officer will determine — a single hearing officer – will determine — lord only knows who that officer is appointed by — that single person will determine under the new law if the objection is justified and they can force a local public school to remove the subject from its curriculum.”

“I don’t think we can sit back and allow our public schools to become political battlegrounds,” the Florida Democrat continued. “And we shouldn’t allow politicians to silence our teachers and scientists just because they don’t happen to like that part of the science.”

Nelson then segued to the much publicized story in 2015 that Scott had ordered members of the Florida Dept. of Environmental protection not to use the words global warming or climate change.

Nelson filed legislation just weeks into the Trump administration’s taking power in Washington that would protect federal scientists from attempts to interfere with scientific discourse and dissemination of research results.

He then segued into criticizing Senate Republicans who have been trash talking the Congressional Budget Office, who is expected to weigh in with a score later this week on the GOP Senate’s latest iteration of a health care reform bill.

“Mr. President, it’s kind of clear what’s going on,” he surmised. “This administration’s war on science is not a myth. It is not fake news. If you want to know an administration’s true priorities, you need to look no further than their budget. If you look at the president’s most recent budget request, you’ll see dramatic cuts to some of our most important scientific agencies.”