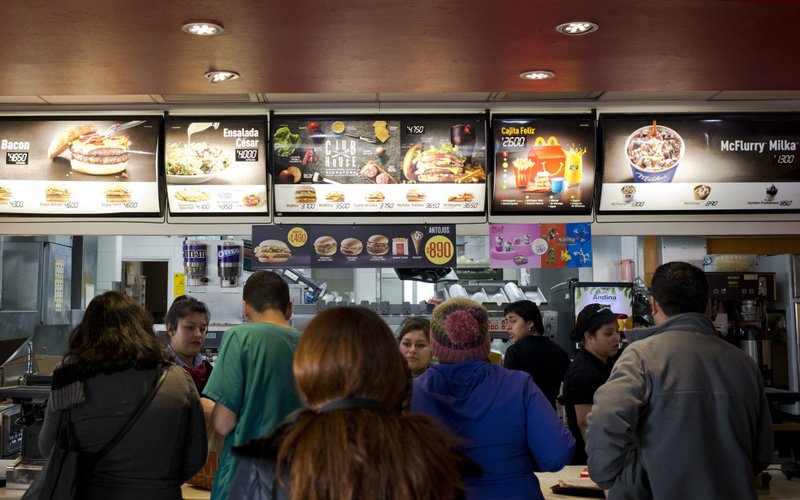 More than a third of Florida youths are overweight or obese according to a report released Tuesday by the Trust for America’s Health and the Robert Wood Johnson Foundation.

The report is based on data released through the Data Resource Center for Child and Adolescent Health (DRC) and published on stateofobesity.org.

The 2017 numbers are the first new data on U.S. childhood obesity since 2012, and according to that data Florida kids are becoming more overweight.

According to the report, 36.7 percent of 10-17-year-olds in the Sunshine State are overweight or obese, giving it the fourth highest rate among the states.

The report defines “overweight” as a body mass index (BMI) at or above the 85th percentile for an individual’s age, height and gender. Individuals at the 95th percentile or higher are “obese,” while those at or below the 5th percentile are “underweight.”

The childhood data relies on estimates on height and weight from parents. The report says parents typically overestimate height and underestimate weight.

In 2012, 27.5 percent of Florida children were overweight or obese. Florida’s adult overweight and obesity rate, which is updated annually, was 25.2 percent 5 years ago. While the increase has slowed, the adult rate has jumped from 18.4 percent in 2000 and 11.4 percent in 1990.

Just under 60 percent of Florida children are described as “normal weight” in 2017, while another 3.5 percent are underweight.

Despite the uptick in Florida, experts say obesity rates may be leveling off nationwide.

“It’s clear that the progress we’ve made in fighting obesity is fragile and that we’re at a critical juncture where continuation of the policies that show promise and increased support and resources could truly help bend the rising tide of obesity rates,” said TFAH CEO John Auerbach.

“We’re far from out of the woods when it comes to obesity. But we have many reasons to be optimistic thanks to parents, educators, business owners, health officials, and other local leaders. Our nation’s policymakers must follow their example to build a culture of health.”

The report also tracks what policies states enact to combat the obesity epidemic, while Florida is on the level in some areas, it comes up short compared to its thinner peers.

Florida hasn’t put in place any policies to allow or encourage breastfeeding in early childhood programs, which correlates with lower obesity rates. And for older kids, there are no defined requirements for physical activity, such as a defined exercise time for middle school and high school physical education students or a set duration of recess for younger pupils.

Nationally, Tennessee children were the most overweight, with a 37.7 percent rate, and only a few tenths of a percentage point separated the Volunteer State from North Dakota and Mississippi, which took the No. 2 and No. 3 spots respectively.

Alabama came in at No. 6 with 35.5 percent of the fifth grade through high school senior population packing too many pounds. Georgia was further down the list at No. 18, with a rate of 32.2 percent.

previousOne week after Irma, Rick Scott says 'we've got to get tourists back'