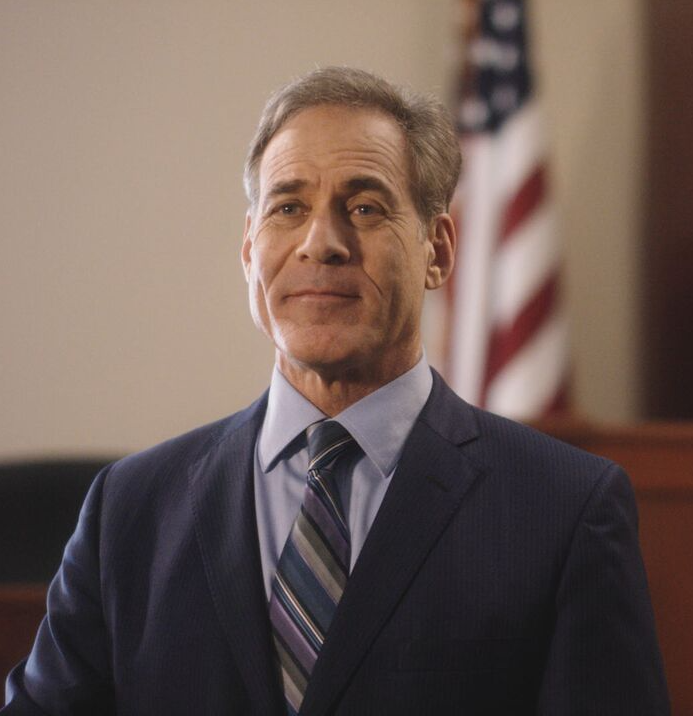 They were equally amused when the DCCC listed the Sarasota Republican’s 16th Congressional District as one of 79 around the nation for targeting next year.

Whether they’ll still be delighted a year from now is unclear, but Florida Democrats appear pleased to have a viable candidate to challenge Buchanan in personal injury attorney David Shapiro.

The only previous foray into electoral politics for the 58-year-old Siesta Key resident was in 2006, a wave election for Democrats nationwide where Shapiro fell just 750 votes short of winning a seat in the Florida House.

Nationwide Democrats are hoping for a similar wave in 2018 in the first election since Donald Trump became president. Shapiro says he can’t predict what will happen around the country next year, but he says he’s confident he can win Florida’s 16th congressional district next year, which encompasses northern Sarasota, southern Hillsborough and Manatee counties.

“I think right now there’s a sense of frustration among a large population that this is not working,” Shapiro says of Washington. “We have to work together. No one party has the monopoly over every good idea and no one party can get their way.”

Wanting to work across the aisle, Shapiro said he had long been involved with the Sarasota Chamber of Commerce, and most people he encounters in the district just want good government, something they’re not getting right now.

“We need a whole sea change in Washington. We need to get back into some cooperation. Work together, present properly and truthfully to the American people, share the credit for the accomplishments, and actually get something done.”

Shapiro faults Buchanan’s environmental record, noting that the incumbent could have been a leader in championing alternative energy sources but hasn’t, adding that he’s put “the breaks on polluters.”

And he’s very critical of Buchanan (and the GOP) for consistently voting down the Affordable Care Act without offering something better in its place. With some needed reforms, Shapiro said the ACA can prosper; he believes that Republicans will come around and support being part of that change.

“They can step in, and if they can improve it, they can take some of the credit,” he said, noting that the roots of the ACA go back to the Republicans in the 1990s and their criticism “was simply used to weaponize and assist them to gain political power.”

Shapiro supports the DREAM Act to bring young, undocumented immigrants out of the shadows, and supports comprehensive immigration reform, though he hasn’t thought through exactly what that would look like.

The deadly ambush in Niger is reinvigorating calls for a new congressional authorization for U.S. military operations overseas.

Niger prompted Senate Armed Services Committee Chair John McCain to say that he and the ranking Democrat on the committee, Rhode Island Sen. Jack Reed, are working on a proposal to update the broad war powers Congress gave the commander in chief after the 9/11 terrorist attacks.

“That’s a very complex question,” Shapiro responded when asked if a new authorization is needed. “I think, to be safe, Congress should have more oversight.”

Buchanan had held the seat since 2006 when Katherine Harris left it to run for the U.S. Senate. That year, he narrowly defeated Democrat Christine Jennings. After that, Buchanan has rarely been challenged by a Democrat since then, with Keith Fitzgerald coming closest in 2012 (he lost by 7 percentage points).

Buchanan has more than $2 million already in the bank for ’18.

“I need to have enough money to give the voters an informed choice, that’s how I’ll see it,” Shapiro says.

“Sarasota, Manatee & Hillsborough County have a pretty easy choice on this one,” says Sarasota Republican Committeeman Christian Ziegler, who worked for Buchanan for several years. “In one corner, Dave Shapiro – a liberal ambulance chaser whose first vote in Congress would be to make Nancy Pelosi Speaker of the House vs. Vern Buchanan – a career job creator who aggressively listens to those he represents and has served our area well. This is a no-brainer for those living in Florida’s 16th Congressional District.”
Jan Schneider and Calen Cristiani are the other Democrats who are running in the contest.
Post Views: 349