The list of new Orlando theme park attractions set to open in 2019 has gotten a little bit longer.

Legoland Florida announced Thursday that next spring it will open a new area based on “The Lego Movie.”

Labeled as the park’s largest investment ever, the section will feature two new rides, character meet and greets and a “giant themed landscape” based on the city Bricksburg from the 2014 film.

“The sights and sounds will be fully immersive, bringing the Lego movie franchise to life in a way that only a Legoland park could,” Legoland Florida general manager Rex Jackson in a statement. “We know kids come from all over the world to see the stars of the Lego movie, and we can’t wait to see their faces light up as they interact within the imaginative world of Bricksburg.”

A Legoland spokesperson said the new area will take over all the land currently occupied by The World of Chima, which itself was only opened in 2013. The area’s one existing attraction, The Quest for Chi boat ride, will close May 29 and be rethemed for Lego Movie World.

The Lego Movie’s presence in Legoland Florida with character meet and greets when the movie premiered in theaters, A 12-minute, 4-D film later debuted at the park in January 2016. With “The Lego Movie Sequel” entering theaters on Feb. 8, 2019, Legoland is positioned to capitalize if the second movie is as popular as the first, much like how toy stores saw a spike in demand for Legos after the first film was released.

The park has continuously expanded since its opening in 2011, adding new attractions in every year since along with opening a water park and hotel to make the Winter Haven resort a multiday experience.

When it comes to offering something new to Orlando theme park guests, Legoland will have plenty of competition next year.

At Walt Disney World, years of construction at Disney’s Hollywood Studios will pay off in 2019, first with Mickey and Minnie’s Runaway Railway (taking over for the shuttered Great Movie Ride) as well as the 14-acre Star Wars: Galaxy’s Edge and its two attractions.

Universal Orlando’s 2019 plans include the first phase of its new “value” hotel on International Drive. Inside the parks, two attractions are set to open, one being an unnamed replacement for Terminator 2:3-D in Universal Studios Florida and another Harry Potter-themed experience where Dragon Challenge once stood in Islands of Adventure.

Universal and Disney’s plans may not have a major impact on Legoland, however, with its focus on a younger demographic.

“The way I picture it is Legoland goes for the very young kids, said Paul Sexton, vice president of Orlando hotel services firm HREC Investment Advisors. “Disney goes for the preteens and Universal is a little bit more attractive to the teens and the 20-year-olds.”

SeaWorld Orlando may challenge for that younger crowd with its 2019 addition, Sesame Street Place, which is also set to open in the spring.

In this article:Bricksburg, Legoland Florida, The Lego Movie, The Quest for Chi, The World of Chima, walt disney world 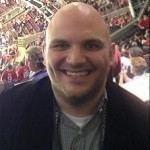