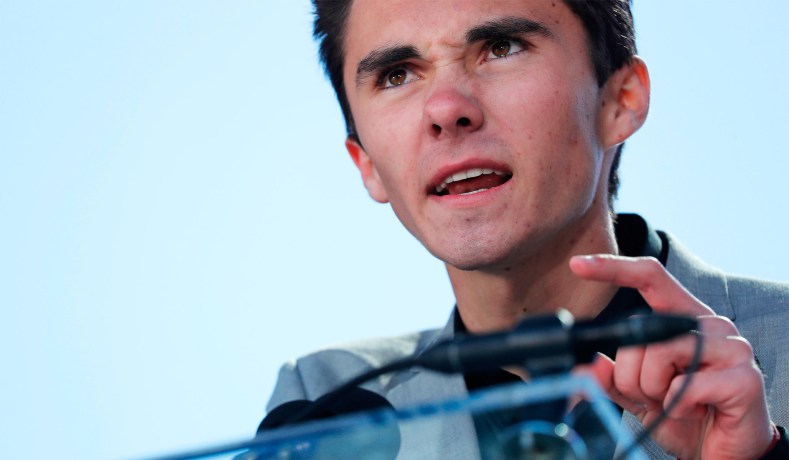 The students of March for Our Lives, including survivors of the Parkland high school shooting, today will announce a 60-day, 20-state, 75-stop summer bus tour to register young people to vote and to promote gun law reform, reports Mike Allen of Axios.

David Hogg, 18, who graduated yesterday with the other seniors of Marjory Stoneman Douglas High School told Allen in an interview Saturday that he plans to work on voter registration during his gap year ahead.

“I’m glad I’m getting my diploma and not my death certificate,” said Hogg.

“Voting has so often become a chore to people, so many people have shrugged it off as something that isn’t important,” he said.

The focus on voter registration and turnout among American youth comes after the Parkland students examined the next possible steps of the political movement they were thrust into almost four months ago.

The tour will launch Friday, June 15, with a Peace March in Chicago, led by students from St. Sabina Academy. From there, Kasky said he and fellow activists will “go from city to city, state to state, and connect with community to community, to make sure we are going to harness the energy and passion we witnessed on March 24 and turn it into action.”

There will be a separate, simultaneous Florida tour, reports Allen, that will make more than 25 stops in the state, visiting every congressional district.

“We will be doing that by registering people in all these areas,” Kasky said. “We are really going to do our best to get as many people in these midterms as possible. Because 4 million people turn 18 this year. And, if every single one of those people votes, encourages their friends to vote, makes sure their family is getting to the polls, we can make real change in this country.”

Kasky said the tour stops, which feature many red states, were chosen based on low voter turnout numbers in the 18- to 24-year-old age group.

previousBrightline's Orlando line could be settled in next few months

nextPhilip Levine raises $1.3 million in May, matches it with his own money