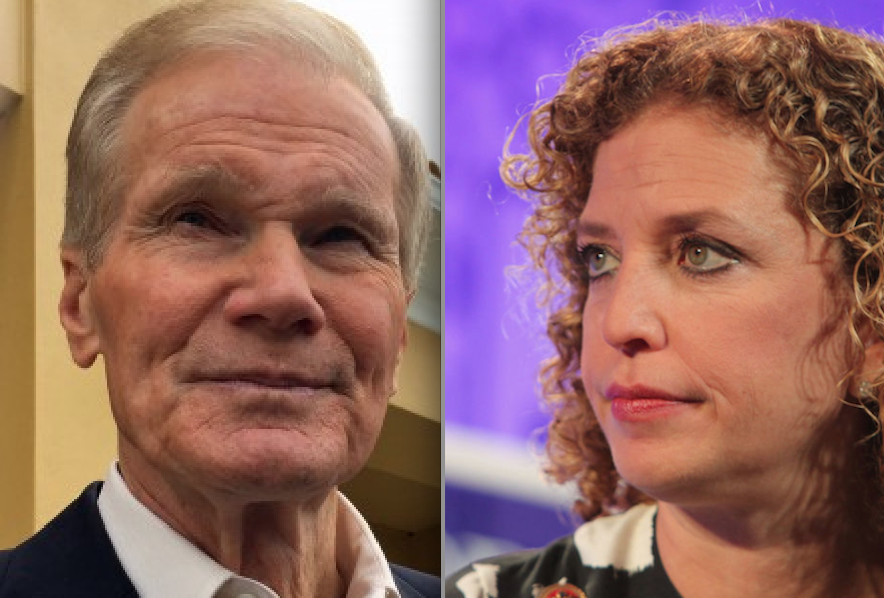 Sen. Bill Nelson and Rep. Debbie Wasserman Schultz say they were denied access Tuesday to a Homestead facility housing around 1,000 migrant children, despite earlier assurances they would be allowed entry.

“Heading to Homestead, Florida tomorrow to check on the roughly 1,000 migrant children reportedly being held there,” Nelson wrote yesterday on Twitter. He also criticized President Donald Trump‘s policy of separating some migrant children from their families, calling the practice “inhumane.”

Heading to Homestead, Florida tomorrow to check on the roughly 1,000 migrant children reportedly being held there. The Trump administration needs to stop this inhumane policy of separating families at the border immediately – we, as a society, are better than this!

That visit was stifled when U.S. Health and Human Services barred Nelson and Wasserman Schultz from entering the facility. The pair says they were intent on checking on the welfare of the children. But HHS requires a two-week notice before visitation, according to Nelson’s account of his conversation with officials.

“They are obviously hiding something, and we are going to get to the bottom of this,” Nelson added.

The company running this facility told us we would be welcomed to tour the facility. HHS then denied us entry and said that they need “two weeks notice” to allow us inside. That’s ridiculous and it’s clear this administration is hiding something.

Nelson later stated that HHS confirmed 94 of the children held in Hialeah were separated from their families.

Just learned from HHS that there are 94 children in the Homestead, Florida facility who were separated from their families. The Trump administration’s actions today to block us from checking on these kids is inexcusable.

The attempted visit comes amid outcry over the administration’s new policy, which has resulted in nearly two thousand children being taken into separate custody from April 19 to May 31.

Trump has falsely blamed Democrats for the issue. He ratcheted up the rhetoric with a statement earlier today, arguing Democrats want to allow illegal immigrants “to pour into and infest” the country, “no matter how bad they are.”

Though Congress can pass a law reforming the country’s immigration policy, several of Trump’s own administration members have admitted to initiating the policy as a way to deter people from entering the country illegally. And the president has full authority to make a change.

The Trump administration’s actions have resulted in harsh criticism from both Democrats and Republicans. “These are kids who were taken from their moms and dads,” said Nelson in Homestead earlier today. “They are scared. And this administration should be ashamed of itself.”

This is not a good day for our country. The Trump administration will not let us check on the welfare of the children being held in Homestead, FL. These are kids who were taken from their moms and dads. They are scared. And this administration should be ashamed of itself. pic.twitter.com/DbrknSuEIT

Wasserman Schultz echoed those sentiments, arguing the pair should not have been denied entry to the Homestead facility. “The American people deserve to see the cruel way the Trump Administration is treating children.”

The American people deserve to see the cruel way the Trump Administration is treating children. https://t.co/172YZd6IwN

But criticism is coming from the right as well, including from Republican Florida legislators.

Today, state Sen. Rene Garcia added his name to that list, saying, “I support securing our borders but I cannot support the actions of this admin. on separating children from their parents. It is heartless and inhumane the way children are being separated. This debate is no longer about a wall but who we are as a people. We’re much better than this!”

I support securing our borders but I cannot support the actions of this admin on separating children from their parents. It is heartless & inhumane the way children are being separated. This debate is no longer about a wall but who we are as a people. We’re much better than this! pic.twitter.com/QEJmka8Mqk

And Rep. Ileana Ros-Lehtinen, who Haggman is running to replace, bashed Trump’s use of the word “infest” when referring to illegal immigration. “The real infestation is only one of your baseless rhetoric,” she said of Trump.

No, @POTUS, saying immigrants “infest” our country is repugnant, reprehensible, + repulsive. To dehumanize those who wish to make a better life for themselves + their families flies in the face of decency. The real infestation is only one of your baseless rhetoric

Whether the widespread outcry will push the president to reverse course before new legislation remains to be seen. Sen. Orrin Hatch of Utah is attempting to get federal legislators to sign a letter urging Trump to do just that.

previousDelegation for 6.19.18 — Insights from the Beltway to the Sunshine State