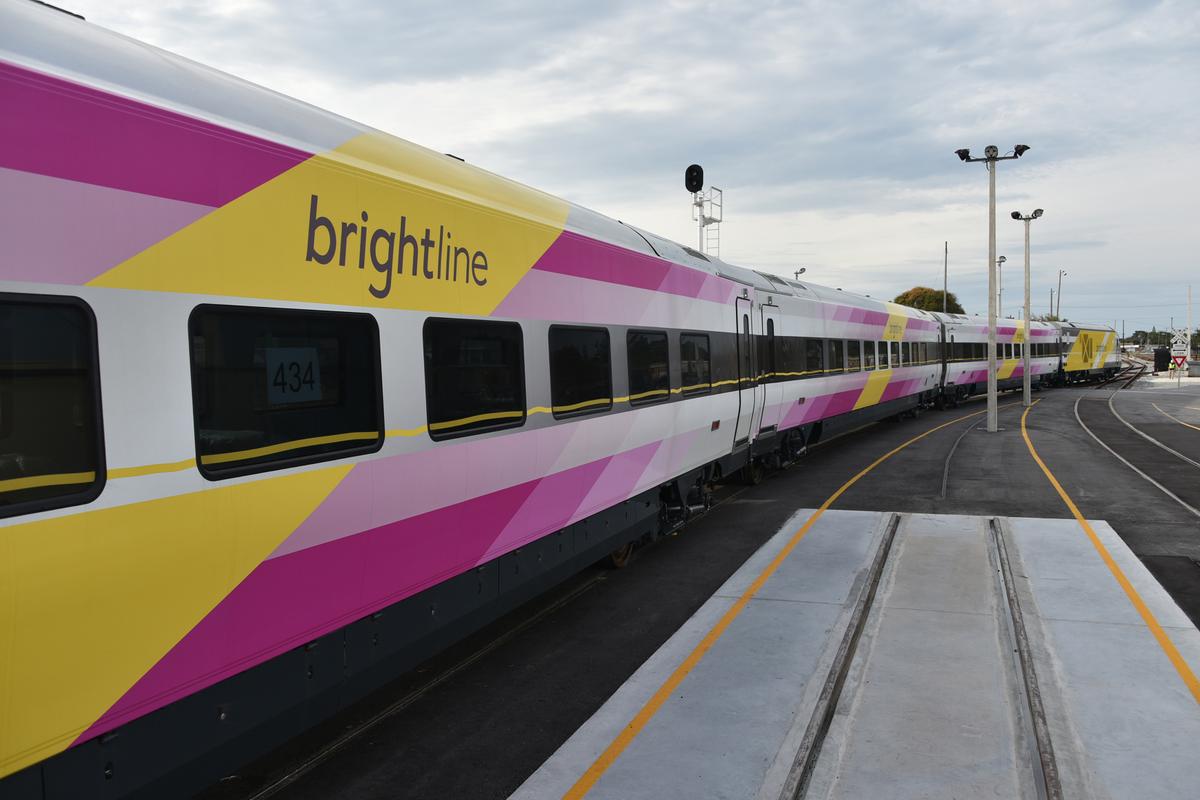 Meeting in Orlando, the Florida Development Finance Corp. board voted unanimously to grant state permission for the financing after more than three hours of public testimony that included opponents warning that the bonds were illegal under federal rules and the project unwise; and proponents arguing that a high-speed passenger train is just what Florida needs, and the private investment is exactly what such bonds were supposed to support.

The sides were drawn mainly with opponents coming from the ride-over counties along Florida’s Atlantic Coast who’ve been upset about potential safety problems from a 110-mph train and the hidden costs that communities will have to bear.

Brightline trains already are running between Miami, Fort Lauderdale and West Palm Beach. The financing package would refinance the $600 million All Aboard Florida already has spent on that system with the lower interest-rate federal private equity bonds, and use the other $1.15 million to upgrade or build new railroad tracks to connect West Palm Beach to the Orlando International Airport.

“The bonds do not pose any risk to taxpayers, counties or the state. … However, these bonds will assist us in financing our system, will generate positive economic impact throughout the state of Florida,” Brightline President Patrick Goddard told the board.

All that’s left holding up the plan now is litigation.

That wasn’t an entirely accurate observation, as critics of the project, including representatives of the group Citizens Against Rail Expansion in Florida, raised concerns about the financial viability of All Aboard Florida, citing economic studies. But mostly their concerns focused on whether the Treasure Coast counties ought to be burdened with the high risks and expenses they predicted so that South Florida and Orlando could be connected by high-speed trains running through their communities.

CARE-Florida attorney Steve Ryan sought to convince the board that a Congressional hearing last spring, featuring Mast and Posey, concluded that the deal was not structured as federal law requires, and is illegal. His group and Martin and Indian River counties already are suing in federal court to get the proposal declared illegal.

Ryan charged that politics was fast-tracking the train, and he suggested that Gov. Rick Scott may be behind it, with a potential conflict of interest from his personal investment portfolio, outlined in his federal financial disclosure reports this summer.

“We now know that the governor is an investor in Fortress Investment Bank which owns the railroad, and of course he had to know that when he made the investment. So the whiff that people on the Treasure Coast have gotten is that the deal is done; that the powers that be have decided that this should be the way it should go,” Ryan said. “But from a legal standpoint, you should await the decision of the United States District Court before you decide this issue.”

Mayfield also implied that the project was being politically expedited, charging that the board was considering the request without having key information that she charged All Aboard Florida still is withholding.

“Frankly I’m a little surprised that despite being short on details, you scheduled this meeting for the day after a primary election, which I find to be troubling. It continues to show a pattern by the FDFC to hold these meetings with little or no input from the public,” Mayfield said. “It seems All Aboard Florida is setting the board’s agenda.”

In fact, there were scores of speakers from the public, many of them from Orlando, heralding the project.

“The potential of the cities of Tampa, Oralndo and Miami to be connected is a game-changer,” Mercado said, alluding the prospect that All Aboard Florida’s next phase might be to connect Orlando to Tampa.

“This not only creates 2,000 jobs and $2.4 billion in economic impact directly because of Brightline, but it creates billions of dollars of jobs and job opportunities in Miami, West Palm, Orlando and throughout our state,” Miller said.

previousWater mattered Tuesday, but not in the way clean water activist groups wanted