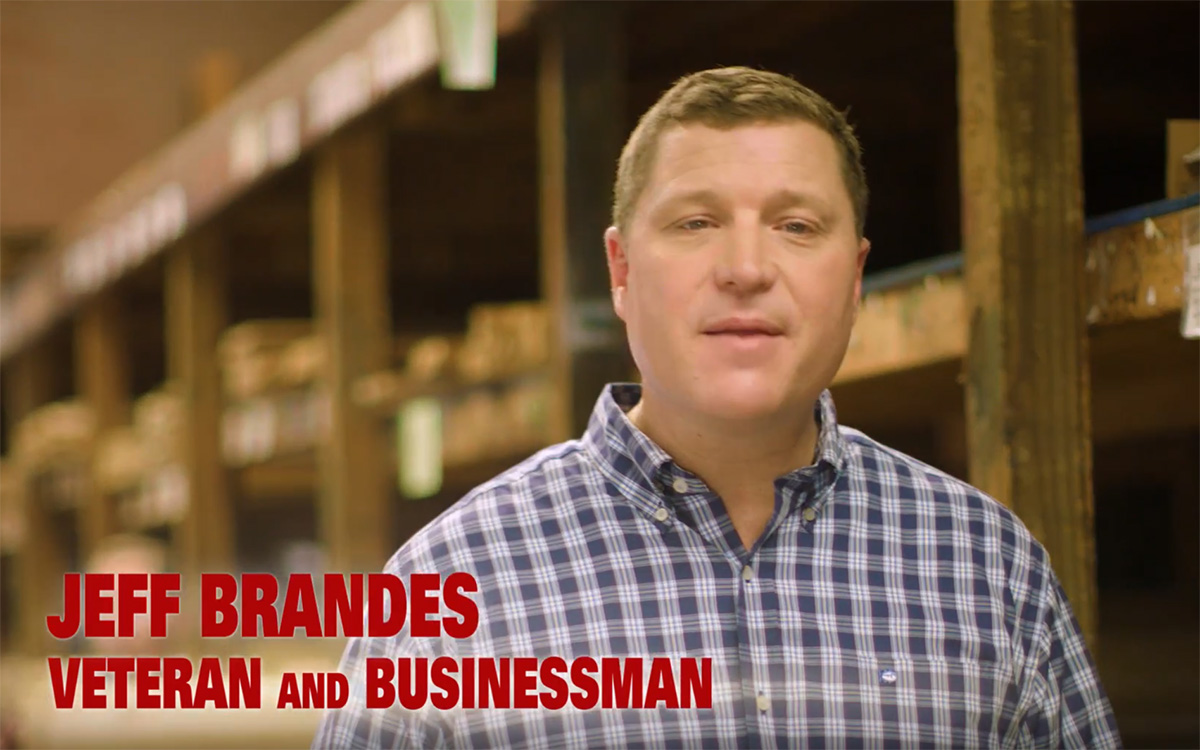 St. Petersburg Republican Sen. Jeff Brandes has released a new ad for his re-election campaign highlighting his roots in Senate District 24 and promising to hold “bureaucrats and politicians” accountable.

The 30-second ad features shots of Brandes walking with and talking to employees of a lumber yard and touts the values instilled in him when he worked for his family’s business.

“I’m Jeff Brandes. My grandfather started our family lumber business nearly 70 years ago. He taught me to work hard, to stand up for what’s right and to never give up,” Brandes says in the ad. “As a soldier, I worked to protect the America we love. As a businessman, I’ve created hundreds of jobs.”

“Today, I’m holding bureaucrats and politicians accountable so we can create better jobs, provide safe, 21st Century schools and protect families and seniors. And if the politicians don’t wake up, I’m taking ‘em to the woodshed,” he concludes.

The new ad follows another recent commercial paid for by Brandes’ campaign touting his role in shepherding the “Right to Try” law through the Legislature.

Through the end of August, Brandes had more than $900,000 on hand between his campaign account and political committee, Liberty Florida. Cross, meanwhile, has raised $58,600 for her campaign fund and had $54,120 on hand heading into September.

When Pilon was the presumed nominee, polling showed her within striking distance. The only public poll since Cross stepped in, however, showed Brandes with a 39-19 percent lead and 42 percent of voters undecided.

Brandes and Cross are the only two candidates running for the seat.