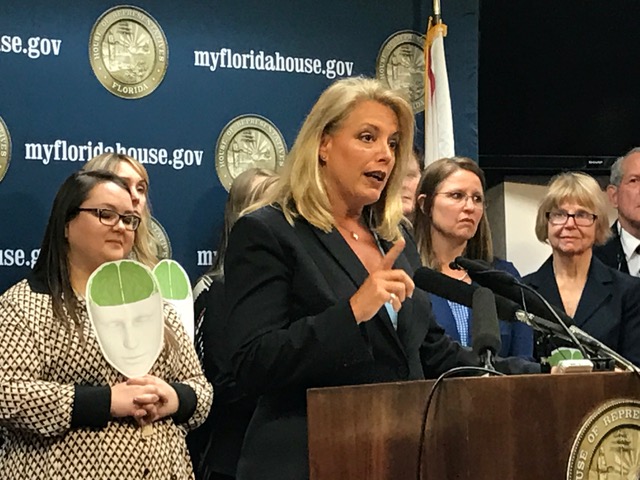 The Republican raked in more in two weeks than her opponent has during the entire campaign.

Peters raised $41,000 during the final two weeks of September, according to campaign finance reports filed with the Pinellas County Supervisor of Elections. Her opponent, Democrat Amy Kedron, raised just $300 during the same period.

Peters currently represents House District 69. Her political resources are serving her well in the fundraising battle for County Commission. She raked in 28 maximum $1,000 contributions.

Of those, several came from closely associated individuals and companies.

Paresh Patel, CEO of HCI Group Inc., donated $1,000 while Greenleaf Capital, which is affiliated with HCI, matched that contribution.

Attorney and investor Jonathan Golden and several entities through which he had ties also contributed. Those include The Colby Company, Propertycraft Enterprise and Austin Colby Company.

Peters’ campaign is using Golden Jaguar Consulting for printing. Of the $15,000 spent during the most recent campaign reporting period, $10,600 went to that consulting firm for printing and postage. Representative Chris Latvala, also a Republican, is listed as the group’s title manager.

The district leans conservative, but Morroni was a moderate Republican widely respected by both parties in that district.