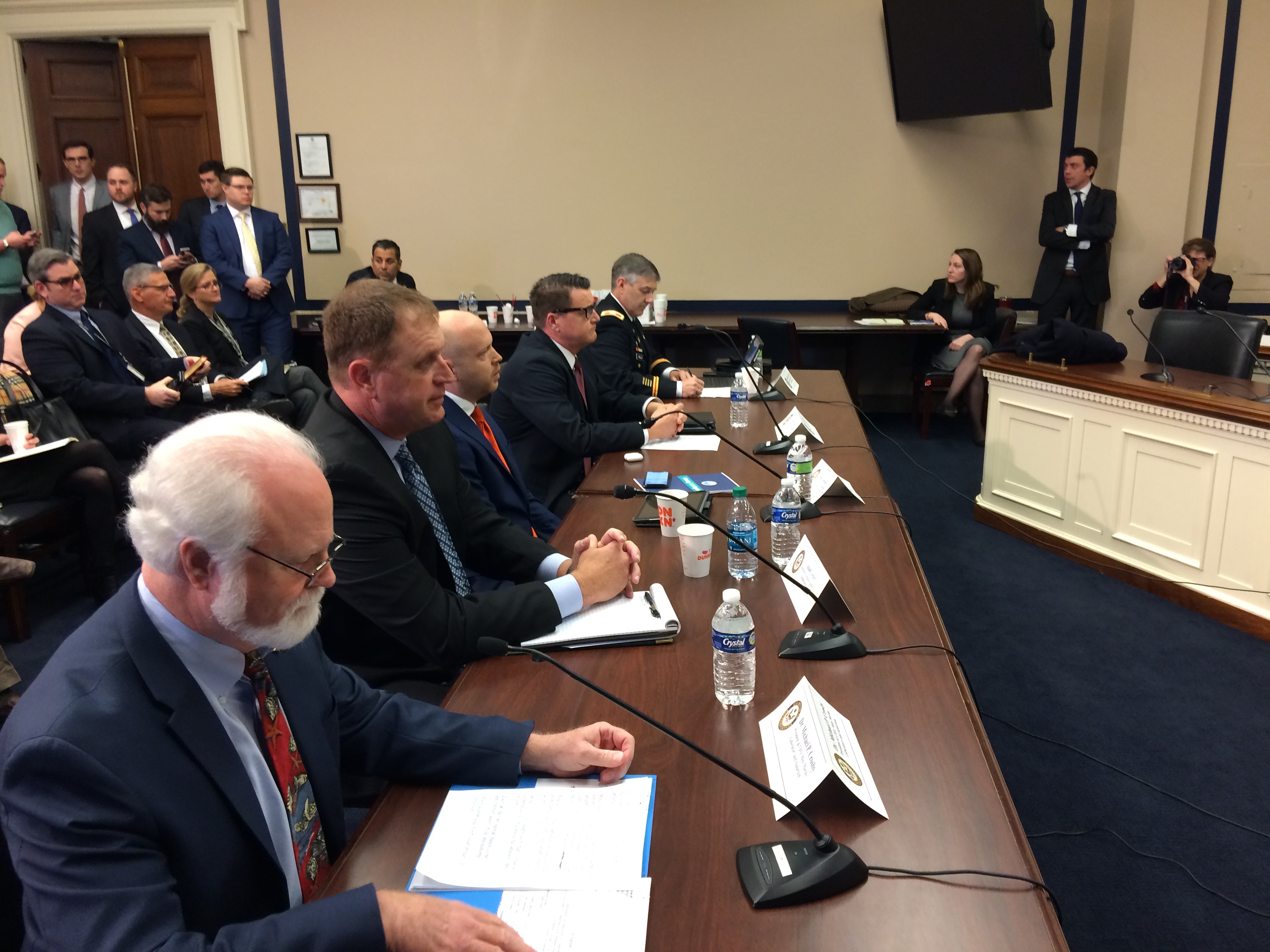 Wednesday's meeting was the first of the year for the Florida delegation.

Those were the calls from experts Wednesday morning as the Florida congressional delegation held a hearing on dealing with the state’s algae problem and other water issues.

Wednesday’s meeting was the first of the year for the Florida delegation, co-chaired by Reps. Alcee Hastings and Vern Buchanan. The bipartisan group also reiterated their opposition to offshore drilling in Florida’s waters.

Secretary Noah Valenstein of the Department of Environmental Protection flew in from Tallahassee to testify at the Wednesday meeting.

Also on hand were Adam Gelber, Director of Everglades Restoration Initiatives in the U.S. Department of Interior; Col. Andrew Kelly of the Army Corps of Engineers; Dr. Michael P. Crosby, President and CEO of the Mote Marine Laboratory and Aquarium; and Garrett Wallace, the Florida Government Relations Manager of The Nature Conservancy.

One issue that came up during the discussion on freshwater blue-green algae was the review process currently being conducted by the Army Corps of Engineers to revise the Lake Okechobee Regulation Schedule (LORS), which dictates the water levels of the lake.

LORS was revised downward in 2008 due to concerns about the ability of the Herbert Hoover Dike to withstand a major stand. But with upgrades to the dike planned to be completed by 2022, the Army Corps is now taking public comment to potentially raise the level of the lake. That would allow for fewer discharges and potentially reduce the spread of algae contained within the lake.

However, when asked by Rep. Darren Soto how much the upgrades might affect the lake’s maximum capacity, Col. Kelly was noncommittal.

“At this point it is uncertain, and we haven’t done any of the dam safety analysis at this point, to identify exactly what the top limit is going to be,” Kelly said.

“But we expect that within the next couple years.”

However, he did expect the lake to be able to safely hold more water than it does now following the dike upgrades.

“You can expect to get what the dyke was supposed to be able to hold at the beginning,” Kelly said.

In comments to Florida Politics following the meeting, Kelly said the lake had been lowered, on average, about 1.9 feet during the 2008 LORS revisions. He suggested the lake could be raised up that same amount once the dike is upgraded but stressed the public comment would dictate where the levels actually land.

Currently, the lake is kept between 12.5 and 15.5 feet. Those numbers can be adjusted up during drought concerns or down in preparation for an incoming storm, but generally sit within that range.

On the red tide issue, Dr. Crosby of the Mote Marine Laboratory and Aquarium explained that the algae is naturally occurring, though conceded this year’s red tide was worse than normal.

Right now, Crosby noted one method of dealing with the red tide is spraying affected areas with copper sulfate.

“The problem is, it kills everything else,” Crosby said of the spraying.

“So what we really have got to do is develop technologies that do no greater harm than the red tide itself. And that’s where science comes in.”

He said scientists studying the issue are currently looking into several different solutions.

“We’re looking at every facet from chemical, physical, biological to develop a suite of tools that then can be deployable when red tide does occur.”

But ultimately, Crosby argued funding for the effort must remain consistent, even when the red tide subsides. he also argued for some funding to be moved from government agencies to groups on the ground dealing with the issue.

Rep. Hastings said several of his constituent groups have been spearheading efforts to cut down on algal blooms, partiuclarly stemming from Lake Okeechobee.

Rep. Buchanan also raised the issue of offshore drilling, asking Secretary Valenstein whether he was in communication with the federal government regarding the issue.

“That’s a very easy subject for me to speak about because Gov. [Ron] DeSantis has been incredibly clear on the subject,” Valenstein said.

“He opposes offshore oil drilling, period. End of sentence. We as a state and the Department of Environmental Protection have the opportunity through the Coastal Zone Management Act and other statutes to be able to comment on federal activities. And certainly we take every opportunity to re-express that sentiment that we, as a state, are opposed to offshore oil drilling.”