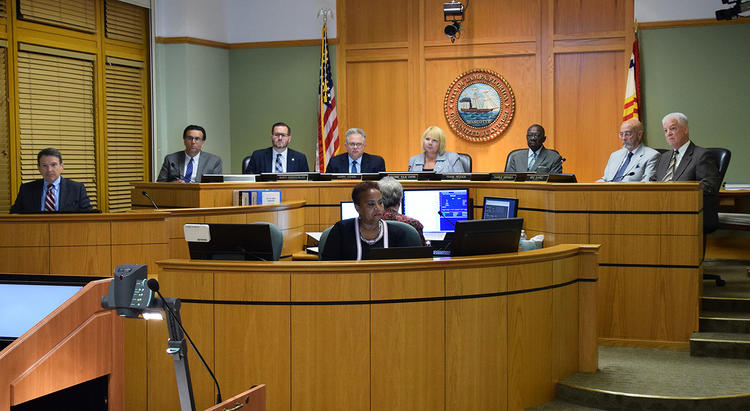 Miranda has been a City Council member in Tampa on and off again since the early 1970s. That gave Miranda unparalleled name recognition in the city as well as some hard-to-match fundraising prowess.

Godwin currently works for the National Geospatial-Intelligence Agency and is based out of MacDill Air Force Base. According to his campaign announcement, he “specializes in political enfranchisement and works with military, governmental, and civilian entities to navigate challenges in countries around the world.”

Godwin thanked his supporters Tuesday night on Facebook after conceding the race.

“I spent just about every evening of the past 12 months at community meetings, meeting so many wonderful people—listening to your concerns and studying how city council could address them. I will continue to be there, speaking with you all and working to champion causes important to you,” Godwin wrote.

Godwin is also a member of the Greater Tampa Chamber of Commerce, the Hillsborough County Foster Parent Association, Hillsborough County Child Care Facilities Advisory Board, and the Tampa Tiger Bay Club. Additionally, he and his wife Catherine are licensed foster parents. The Godwins and their 2-year-old son live in South Tampa.

Viera handily won re-election against challenger Quinton Robinson with 76 percent of the vote, according to early results. Robinson raised just $9k in the race compared to Viera’s $113k.

The three will be the only candidates returning to City Council. Another candidate, John Dingfelder in the citywide District 3 seat who previously served as a City Council member, also looks poised to win Tuesday night, but might face a runoff. So far he’s up with 49 percent of the vote with challenger Stephen Lytle at 20 percent. Dingfelder needs more than 50 percent to avoid a runoff.