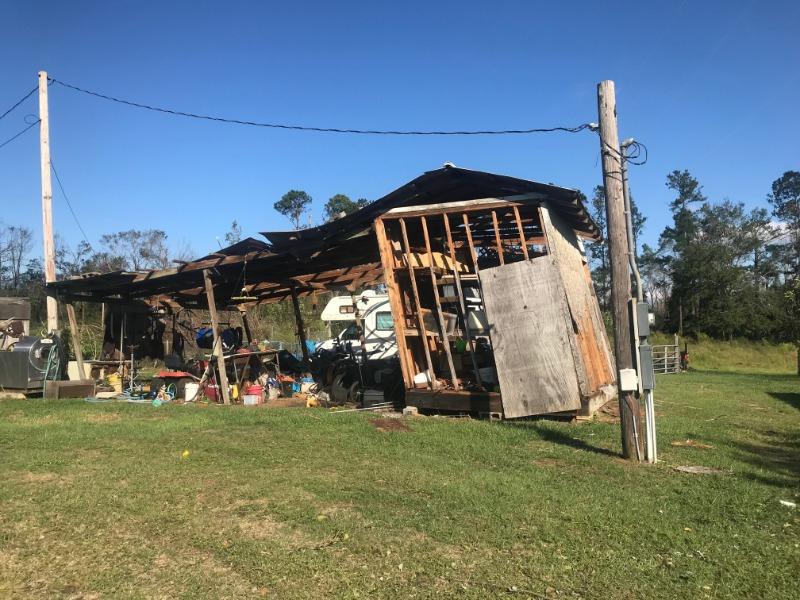 Lawmakers credit Ron DeSantis for lobbying president on the issue.

President Donald Trump announced Sunday the Federal Emergency Management Agency would fully reimburse costs for everything up to 45 days after the storm made landfall.

“That was a great move,” Hill said. “By deciding to do this move, it gives people the relief they need to help them recover.”

“The impact of going from five to 45 days for debris reimbursement is nearly a half a billion dollars in support to Northwest Florida,” Gaetz said.

State Sen. Doug Broxson said the storm delivered a greater impact to the region than local governments alone could address.

He noted Mexico City, the locality hardest hit by Michael, faced $30 million in debris removal costs alone. That’s in a city with an annual budget of $3.5 million.

“For a lot of these are counties and cities that have no money and that couldn’t advance any money, this was a lifesaver.”

Lawmakers credited Gov. Ron DeSantis for lobbying the White House on the matter.

Broxson said Trump’s administration likely would not have revisited extending the reimbursement period but for the governor personally pressing the president. Many expected the five-day period established in October to stand.

“The choice was made early on, back when you got this menu of choices after the storm. The governor able to go back and correct something that should have probably been done earlier.”

Hill said the extension made him pleased with the governor’s connections to Washington.

“I think this is because of his relationship with President Trump, and because he was asking the president to help us in this situation,” Hill said.

nextPatti Spears: Facts are in — Florida must remain committed to quality care