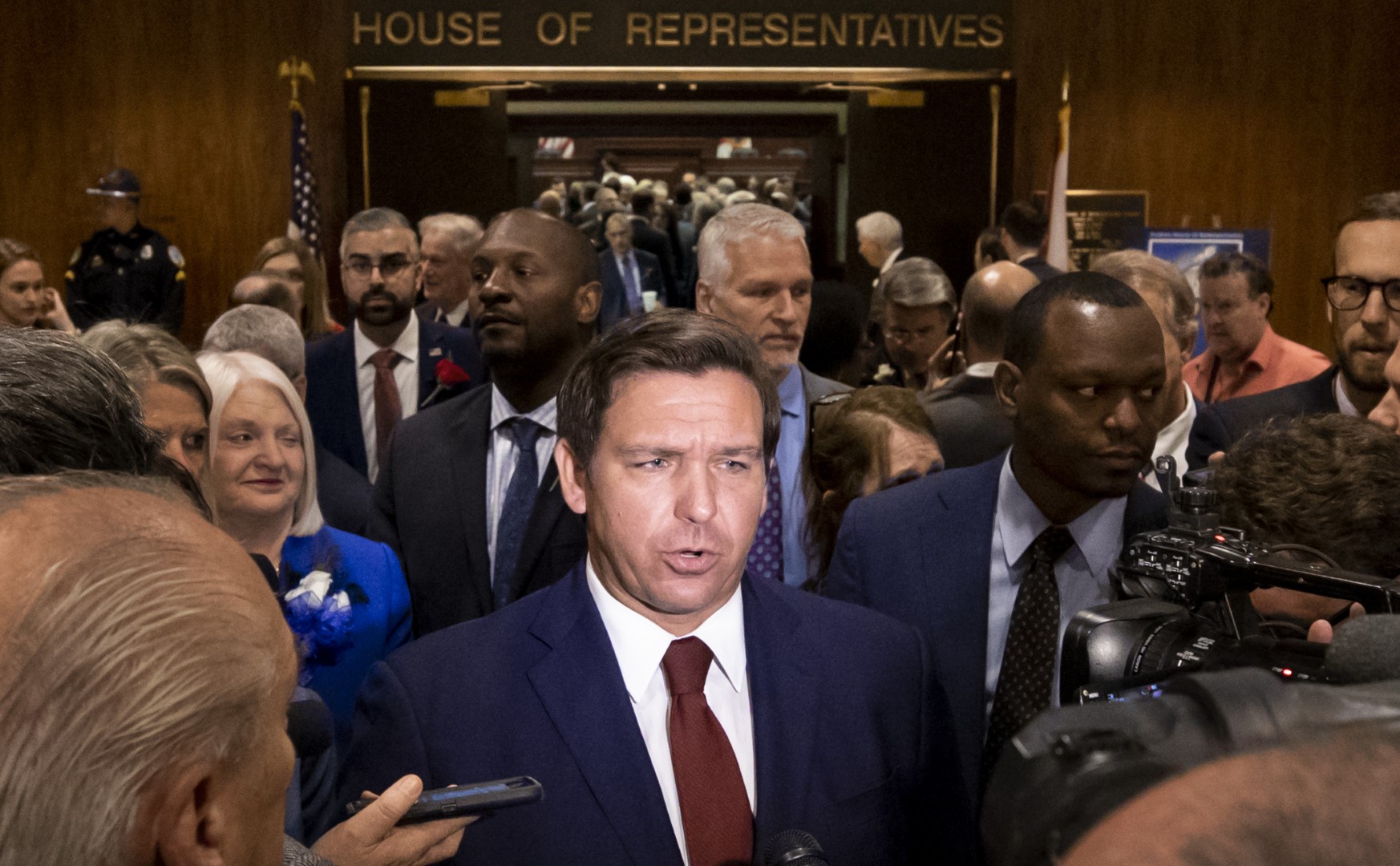 The House wants to bring the money in for a landing.

Money for a plane for Gov. Ron DeSantis is still up in the air.

While a new House budget proposal includes aircraft funds, the Senate budget plan doesn’t follow suit. But talks are underway as lawmakers still have another month before needing to finish a spending plan for the fiscal year that starts July 1.

Senate spokeswoman Katie Betta said in an email Monday that Senate Appropriations Chairman Rob Bradley, a Fleming Island Republican, “has been working with the Governor’s Office to discuss needs and parameters. Those conversations continue, and the chair may offer an amendment this week.”

The issue has drawn attention since DeSantis took office in January because his predecessor, former Gov. Rick Scott, got rid of state planes in 2011 to fulfill a campaign pledge. Scott, the wealthiest governor in state history, used his own aircraft to fly throughout the state.

An $88.9 billion budget proposal released Friday by the House includes $7.2 million for aircraft, with the money listed as a “special category” line item within funding for the Florida Department of Law Enforcement.

The Senate spending plan — also released Friday — totals $90.3 billion for the upcoming fiscal year but does not have money for a plane.

The Senate Appropriation Committee and the House Appropriations Committee will meet separately Wednesday to consider changes to their proposed budgets. After that, the spending plans will go to the full Senate and House, before negotiations begin on a final version.

Last month, Bradley lent his support to putting the Governor in a new state-operated aircraft, “whether he asks for it or not.”

“It is ridiculous, if we’re the third largest state in the union, that the governor is having to travel around in the manner he’s traveling around in right now,” Bradley said Feb. 6. “I think it’s completely appropriate for him to have a secure means to move around the state.”

Without a typical state plane at his disposal, DeSantis has turned to flying in a modified plane that had been acquired by the Florida Department of Law Enforcement. Days after DeSantis’ Jan. 8 inauguration, the FDLE aircraft had to make an emergency landing due to a mechanical problem that required the use of oxygen masks for the occupants, including DeSantis, his chief of staff, Shane Strum, and Attorney General Ashley Moody.

This month, DeSantis had to answer reporters’ questions about a flight he took to New York aboard a chartered jet owned by Jeffrey Soffer, the owner of the Fontainebleau resort hotel in Miami Beach and the Big Easy Casino in Hallandale Beach. The Republican Party of Florida paid for the flight.

DeSantis said the Feb. 28 flight was “all legal” and “ethical,” and the charter flight was the “most efficient” means to travel without costing taxpayers.

House Speaker Jose Oliva, a Miami Lakes Republican, has said any new aircraft should be limited to the governor, with other leaders getting on board only if invited.

“I don’t know of too many situations that would require Cabinet officers or presiding (legislative) officers to get to a place in such a short time,” Oliva said in January. “If there is some sort of tragedy, we can all make our way down in relatively short order. But I think the person that would be required to be there, in the event of an emergency, a tragedy, some pressing matter, I think the executive is the one that would have to get there.”