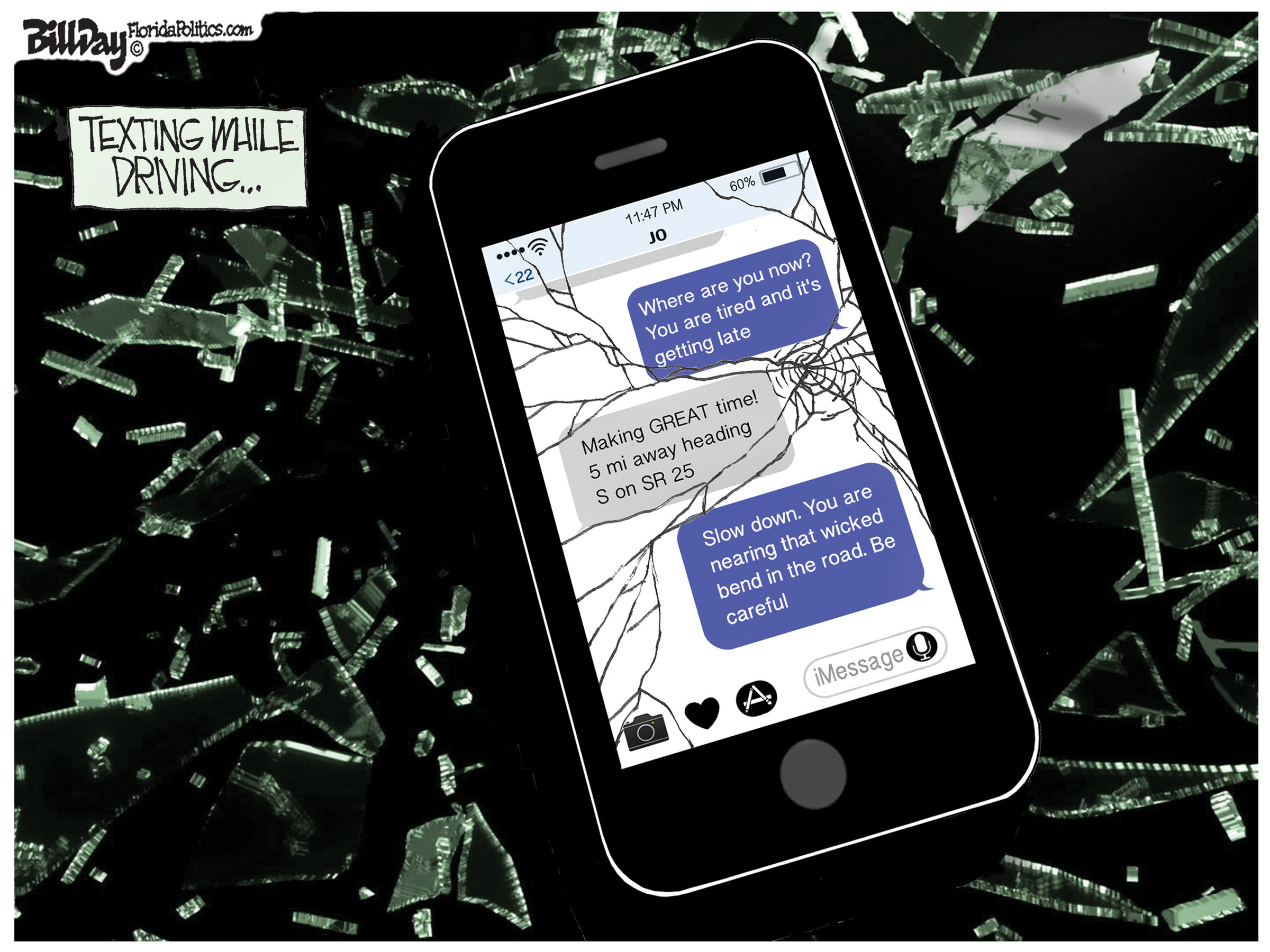 The bill was approved overwhelmingly, 108-7.

The Florida House has once again approved a bill to make texting while driving a primary offense.

The bill now heads to the desk of Gov. Ron DeSantis for his signature.

Currently, typing at the wheel is a secondary offense, meaning drivers can only be cited for the violation if pulled over for some other reason.

Reps. Emily Slosberg and Jackie Toledo sponsored the House version. Slosberg’s twin sister, Dori, was killed more than 20 years ago in a car crash, where the now-state-Representative was also seriously injured.

“Distracted driving has become an epidemic and I thank my colleagues in both the Senate and House for passing this much needed common-sense legislation.”

A bill bumping texting to a primary offense died in the Senate last year after earning overwhelming approval in the House.

After the Senate took up the bill (HB 107) on Thursday, Sen. Wilton Simpson offered an amendment expanding the legislation to set up “hands-free” areas in “school and work zones.” That means operating a phone in any manner, aside from using a hands-free device, would now be barred near a school or an active work zone.

The measure also offers an out for first-time offenders, allowing them to have a violation dismissed if they present proof that they’ve bought a hands-free device.

“Florida has taken a step toward safer roads and highways thanks to the Florida House,” said Keyna Cory, Coordinator at the Florida Don’t Text and Drive Coalition.

The legislation also includes a provision requiring officers to record the race and ethnicity of the driver whenever an officer pulls them over. The bill’s supporters say that provision is aimed at ensuring law enforcement does not in fact use its new authority as a pretext to pull over minority drivers.

“Distracted driving is truly a killer,” Hunter said. “Enforcing the crime of texting while driving as a primary offense, rather than a secondary offense, is essential because it will allow law enforcement to enforce the law and save lives in the process. We applaud the Florida House for focusing on safety on our roadways.”

The data will be reported to the Department of Highway Safety and Motor Vehicles, and will then be forwarded to the Governor and legislative leaders for review.